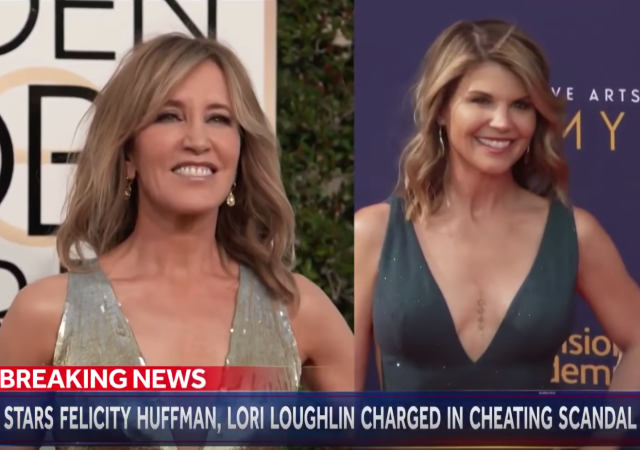 This is just the beginning. The ripple effect of this scandal is going to reach far and wide.

Several lawsuits have been filed against universities engulfed in an admissions scandal, with parents and students claiming they were deprived of fair opportunities for admission to the schools.

The lawsuits come as part of the aftermath of a huge federal investigation that revealed the existence of an ongoing college admissions scam at several top-tier universities.

The suit also claims that university administrators were or should have been aware of the fraud due to the fact that the money went to school officials with university accounts.

The lawsuit seeks $5 million, which would represent the admission fees paid by students who applied and were denied entry, Fox News reports.

In order to have a case they’ll have to argue that the class size is fixed; so, if these hammerheads take up spaces, someone who’d have earned a spot has to be left out.

But if the class includes “students” who aren’t even attending but are off partying in, say, Fiji, they aren’t taking up any room or consuming any resources—they’re pure revenue for the school, and that’s about all.

Higher ed has become a scam similar to a pyramid scheme, government sponsored. Students or parents mortgage away their future to get a piece of paper to enter a lottery for a job that may pay back those loans. Then the public is on the hook for anyone who truly defaults on those debts by dying. Now we add this fiasco where millions will be paid to attorneys, the schools will plead immunity since it was the individual employees involved and all those attorney fees will be paid by the taxpayer, again.

The more I see about the college admission scandals, the more I think my parents could have tried harder. #collegeadmissionsscandal