Meanwhile, plans are being made for a summit between the U.S. and South Korea 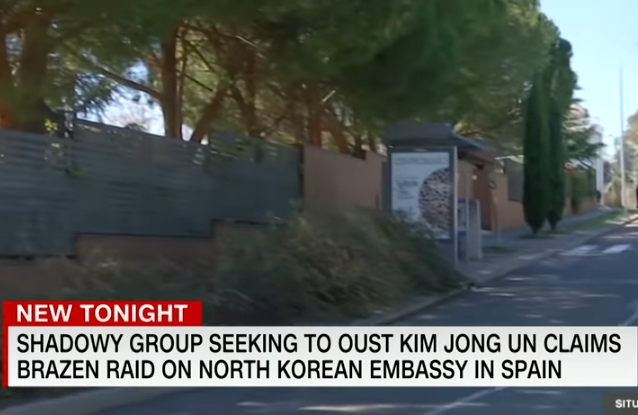 The last time we checked on North Korea, all the participating parties in the Hanoi Summit were regrouping after the sudden collapse of the high-level meeting between President Donald Trump and North Korea’s Chairman Kim Jong Un.

Now it is being reported that after a North Korean opposition group stormed the North Korean embassy in Spain last month, it handed over data stolen from the raid to the FBI.

Receiving intelligence stolen from a foreign embassy in a NATO country puts the FBI in a delicate position, but there is no U.S. legal prohibition against the American government making use of the material, legal experts say.

Given the opaque nature of North Korea’s security-obsessed regime, getting hold of information kept at one of its embassies could prove “pretty significant,” said one former U.S. intelligence officer who spoke on condition of anonymity due to the sensitive nature of the topic.

North Korean embassies are prime targets of digital spying by the National Security Agency, current and former intelligence officials say. But North Korea is also known to use non-electronic, old-fashioned communication methods, so information on paper from the embassy could be valuable.

The raid occurred in broad daylight in late February, just days before the Hanoi Summit. A group of masked men forced their way into the North Korean embassy in Madrid, tied up staff, and grabbed computers and mobile devices.

The raid was initially a mystery, but the culprit was soon revealed: Free Joseon, an organization that calls for the overthrow of Kim’s dynasty and had emerged publicly after the killing of the North Korean ruler’s estranged half brother in 2017.

The covert group was behind the remarkably brazen act of defiance against the North Korean government. But as details of the raid became publicly known over the past few days, the group has pushed back against media attention, apparently fearful not only of the Spanish legal system but also the potential to be targeted by North Korea.

… Though many also oppose Kim’s harsh rule in North Korea and worry that human rights had been sidelined in ongoing U.S.-North Korea and inter-Korean talks, some worried the tactics used in Madrid could blow back on them.

The provocation angered the North Korean government needlessly and “puts other defectors and activists like myself in more danger,” said one North Korean human rights activist who works with defectors in Washington. The activist spoke on the condition of anonymity because of the sensitivity of the raid.

Meanwhile, South Korea’s President Moon Jae-in and Trump will hold a their own summit meeting in Washington, D.C., on April 11.

At the meeting, Moon’s seventh with Trump, the South Korean leader will focus on North Korea issues, and South Korea-US alliance, according to Cheong Wa Dae.

“The two leaders will discuss ways to strengthen the Korea-US alliance and cooperation between the two countries for establishing peace on the Korean Peninsula through complete denuclearization,” Moon’s chief press secretary Yoon Do-han said.

Moon’s meeting with Trump comes amid a series of sensitive developments in US-North Korea relations, in which Seoul has taken on the role of mediator and facilitator.

One has to wonder if any new information obtained from this raid will be available for their discussions.

I would bet money that the timing was intended to torpedo the peace talks.

It seems obvious that if NK emerges from the dark ages, it will involve making some pretty unsavory people rich. It’s bound to be unjust. Is it worth the price, or should we punish dictators by destroying the country. Like Libya?

The smash and grab is much like the scene “From Russia With Love.” Communism never comes out of the “dark ages”, it just polishes its veneer.

With Libya we made a deal to let Gaddafi stay in power if he abandoned WMD. The Obama/Clinton Admin broke the deal and Libya violently fell to pieces. That broken deal will cast a shadow on any talk with dictators. At least Gaddafi didn’t starve his country to near death.

As for taking out Kim… that could be a nice bargaining chip… but also screwed over by Libyan history.

Why are we reading about this? Information wants to be free, but free it 20 years from now.

TheFrom my mother’s sleep I fell into the State,
And I hunched in its belly till my wet fur froze.
Six miles from earth, loosed from its dream of life,
I woke to black flak and the nightmare fighters.
When I died they washed me out of the turret with hose.

To be honest, seeing today’s FBI, my first thought upon reading the headline was that the FBI would return it and all copies they could find to the North Koreans as a gesture of ideological solidarity.

I wonder who these Free Joseon people are? NorK refugees granted asylum in Europe? An operation by South Korean intelligence?

The FBI is in possession of stolen data? I thought they investigated crimes like that?

Please refer to the past two years at a minimum with James Comey, Andrew McCabe, Peter Strzok, Lisa Page, and others. The “Fibbers Bureau of Insurrection” is not your father’s FBI that was the epitome of the public service and image of “Truth and Justice” and the Crime Fighters of yore.

You see, the 8 years of politicization and weaponization of the DoJ/FBI by Barack Obola into the kind of “Secret Police Force” found in the Banana Republics and Commie Backwaters that he had great affection for after years of being surrounded by Communists, Socialists, Anti-Colonialists, and America Hating 60s Era Radicals (e.g., Bill Ayers), has transformed the Agency. It may not be entirely corrupted, but the benefit of doubt given the Phony Russian Collusion Coup D’Etat Conspiracy “Insurance Policy” to remove President Trump, IS NO LONGER JUSTIFIED. One man can make a difference afterall.