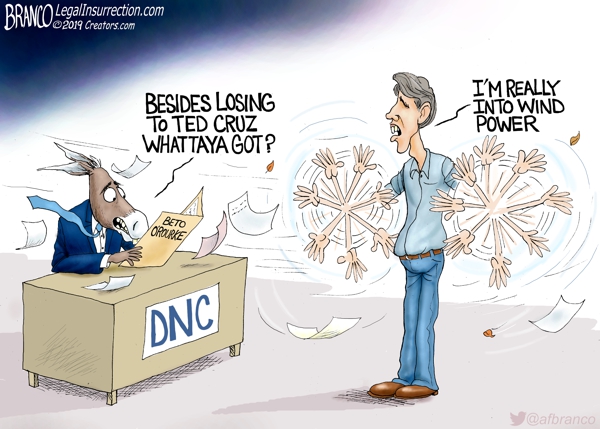 Ha!
Though he also can make claim to being a white Obama, same empty suit. Not quite the level of being able to read the teleprompter though.
And he can ride a skateboard, which should come in handy when dealing the other world leaders… or not.

If he follows Obama’s lead, he will avoid the world leaders that don’t like him or simply capitulate to them. The others, some of the remaining European leaders (Merkel, e.g.), he is one of them. A government-runs-all progressive. So he’ll get along very well.

He is not an Obama. He is a Kennedy. Everything about him screams that.

A tall, Irish white guy with family money. He has an empty resume. He is famous for nothing. He has a serious auto accident DUI that he fled from.

Everything about him says Kennedy.

He is so much closer to Obama than any Kennedy in my mind. He only looks like a Kennedy because of his ethnic background. His behavior is a lot more like Obama. Empty grandiose save the world messiah kind of statements. Using charisma. Kennedys are more policy oriented whether right or wrong.

He also wears a dress, suspect in a burglary, Has several mugshots, belonged to a hacker group & thinks we should dismantle the border wall.(open borders). NOT much to go on, IMO.

The numbers are finally released – over $6 million raised. So just like in TX he’s going to be a national money raising machine. So far, he’s leading in that respect. Or so the mainstream media reports.

Watch the attacks from the “must be a POC or female” left ratchet up now that his coffers are filling. Hard core lefty outlets like Slate are already in attack and destroy mode before the funds were announced. Popcorn time.

Monied family connections are trying to prime the money pump. It will be interesting to see if he attracts the big dirty money that has already lost billions in “sure things” running in elections rigged for them to win. That $6m won’t get him far, even with the MSM and Hollywood behind him. All glitter, no substance.

Not aware of the details about the donations. Do you have some knowledge about sources and their proximity to his family connections?

It’s a significant day one/two raise. That’s whey the hard left is out for blood. Not just to stop him, but to also signal to the money crowd early. Don’t waste your money.

The early money is low-hanging fruit. Always. It’s about the ensuing announcements declaring momentum. You don’t need lists of donors. It’s just the way it works and by the time you have the hard facts and had time to analyze them, everyone else is several hops ahead in the game. This is politics, not moot court.

So you aren’t sure that the high initial fund raising is really connected to his family? I was only commenting on your assertion. For all I know it’s some in CA eagerly ponying up right now to make sure he gets a good start.

Beto’s got breezes between his ears too.

The last video of Robert Francis I saw showed him talking with his hands at his sides.

It looks like some handlers told him to quit it with the hands.

I think it was Jimmy Fallon who did a parody of his spastic gesturing. He doesn’t gesture like a normal person who tends to gesture … he gestures like somebody high on coke or meth.

My gut tells me if they make him tone down the gesturing it will negatively affect his communicative skills leading to more gaffes.

Like the old joke about how to keep an Italian quiet? Tie his hands?

What does an Italian have when his hands are TIED?? A Speech impediment?

A long ago co-worker of mine had bangely-jangley Beto hands. He was a good guy but it was hilarious watching him walk. His hands would bounce and flop with every step. It was so obviously abnormal in a very weird way, but what he heck. It wasn’t like he was running for president or anything. Lol

I think he should run in 2020 as an Independent-Progressive (maybe as VP to Donkey-Chompers).