Joy Behar Once Wore Blackface at a Party, Described Herself as a ‘Beautiful African Woman’

Joy Behar Once Wore Blackface at a Party, Described Herself as a ‘Beautiful African Woman’ 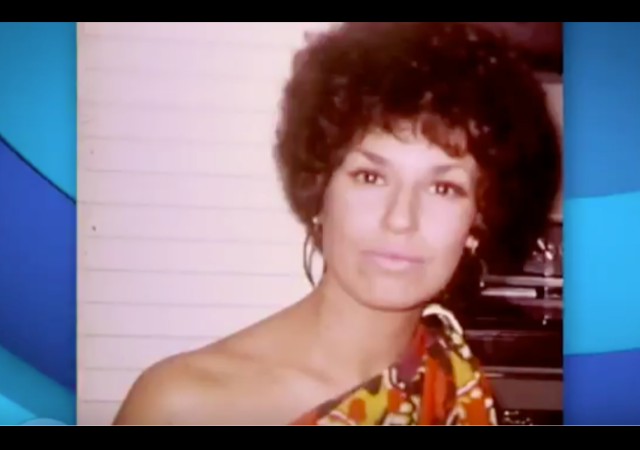 TheWrap’s Jon Levine dug up an old clip from The View in 2016 when host Joy Behar showed off a photo of herself dressed as a “beautiful African woman.”

The other women oohed and ahhed over it, but the clip did not cause much of a controversy. However, in light of the blackface scandals lately, it continues to show the hypocrisy. Liberals get a free pass while conservatives receive fire.

The show even ran an image of the old photo pic.twitter.com/qKQqzDPxyn

Story was reported in Jezebel at the timehttps://t.co/CWp6Ds9i7o

Behar brought it up because she discussed an op-ed in The New York Times about naturally curly hair.

Oh, wait. She “darkened” her skin because that makes it so much better.

The co-hosts appeared surprised by her drastically different look. Raven-Symoné, a former co-host, asked a the time, “Joy, are you black?”

“Joy… are you my auntie, Joy?” Raven-Symoné joked.

Behar then explained that the picture was taken at a Halloween party where she dressed up as a “beautiful African woman” and stressed that it was her actual hair.

“Did you have tanning lotion on, Joy?” Raven-Symoné asked.

Behar responded by saying she wore makeup “that was a little bit darker than my skin.”

Symone then said, “Yeah, but you ain’t Black.”

As Levine pointed out, Jezebel blasted Behar for showing off a picture of herself in blackface. Kara Brown wrote, “I can’t really get too bothered at this blackface-lite costume because it was 1971 and people didn’t even know what microaggressions were. I’m more flabbergasted by her willingness to pull this photo out and proudly show the world as if it’s totally cool in the year 2016.”

People on Twitter quickly pointed out that NBC fired Megyn Kelly just for bringing up blackface.

Just a reminder that Megyn Kelly was fired for saying that blackface was acceptable when she was a kid (and not actually *participating* in blackface like all of these people.) https://t.co/2Uw9TtEYVf

Megyn Kelly was fired from her show for asking a hypothetical question about blackface. Joy Behar actually wore blackface, and admitted it, and showed a picture of it on TV, yet she still has her job. https://t.co/dIJdoMmhmz

I tried to find excerpts from The View on all the controversies in Virginia, especially the blackface photo Gov. Ralph Northam and AG Mark Herring admitting he wore blackface at a college party.

The program has not touched it!

Its is interesting that #TheView has not touched the Gov. Northam controversy. Now we know why. Joy Behar was in blackface.

Joy Behar has never been beautiful, regardless of her skin color.

Some would say the jury is still out on the “woman” thing, too.

I would add the jury is still out on the the human race too. Except, of course, for PETA, who supports the b***h.

Photo looks like she just went to the beach for a weekend. I like how this whole thing has screwed with leftists. But I still believe there will be no consequences and double standards will never go away.

Imagine the outrage over a photo of a (R) in blackface. Oh wait, we don’t need to imagine. That happened a couple weeks ago and now the Florida Secretary of State is looking for a new job.

Forgive me, but I hate (not dislike, it’s a hate) these two-faced, blackfaced, F-ing leftist clowns.

I’m incredibly thankful to have lived the bulk of my life before the country lost its collective sanity over silly shit like this.

Oppressing People of All Colors.
It’s what Democrats do!

She could have worn whiteface and described herself as a beautiful African woman. Even before social justice rationalized opening abortion fields to reduce the white population, Africa had its share of white slaves from Islamic times.

It’s fine to bring this up to fire up our own side, but don’t think for a minute it will budge anyone else. It’s like saying, ‘dems are the real racists’. Well no kidding! Everybody knows, we know, they know the infinitesimal middle knows and nobody cares except fools who think the world is or should be, ‘fair’.

If you showed a clip of William Jefferson Clinton participating in a lynching, they’d still make excuses with no hint of shame because they have none. Expect exactly nothing to come off this.

joy was once worth a on night stand?
Who’da believed it?

One again, the Joyless Brayer bloviates from her little self-unaware world.

If wearing “Blackface” was so bad, then why did the NAACP support Rachel Dolezal who was a white women who not only darkened herself to masquerade as a Black until her parents outed her, but employed her in Spokane, WA? https://www.nytimes.com/2018/05/25/us/rachel-dolezal-welfare-fraud.html

Not only was she a phony but she was apparently a Crook too given that she was found guilty of Welfare Fraud.

Just one question: Why are Demtards using #MeToo and now Blackface Histories to damage their own Socialist/Communist Supporters, e.g., Harvy Weinstein, Al Franken, Infanticide Northam? There is definitely an agenda, but what exactly is it??

Gee, she is far prettier this way…