Organizers expected hundreds of thousands, but estimates are much lower 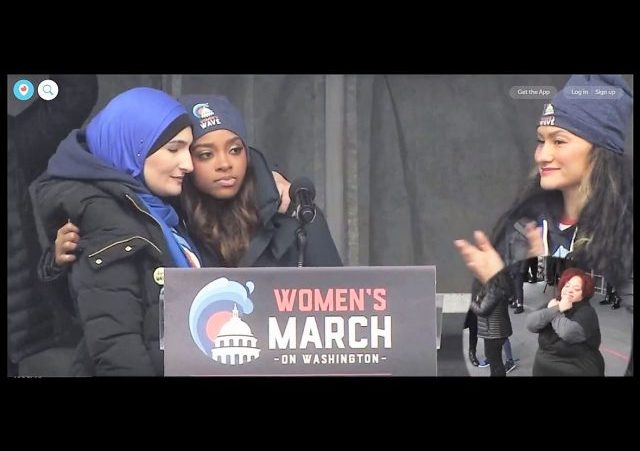 Embroiled in controversy and losing big donors and backers, the Women’s March has attempted to keep its head above water with this year’s march. However, although Women’s March organizers anticipated hundreds of thousands to show up for their third annual march in DC, this year’s march garnered only “thousands,” according to reports.

As a frame of reference, the first Women’s March in 2017 was widely touted as the “largest single day march in U. S. history.”  This year, not so much.

March for Life – hundreds of thousands, took us full hour to march to the Supreme Court.

Many said they it was largest yet.

Women from across the country were marching through the nation’s capital Saturday for the third annual Women’s March on Washington, which has been dogged by controversy in the months leading to the event.

Organizers weeks ago expected hundreds of thousands to attend — a number similar to the 2017 march the day after Donald Trump’s inauguration — but it appeared thousands had joined the march as the event got underway. A National Park Service permit issued Thursday indicated about 10,000 were expected in Washington as similar marches were planned across the country.

The 2019 march is taking place amid turmoil surrounding the national Women’s March organization, including allegations of anti-Semitism, secretive financial dealings and disputes over who gets to own and define the Women’s March. Some organizers have called for its national co-chairs to resign.

Here are some of the signs spotted at the women’s march.

These signs from today's Women's March are straight ? pic.twitter.com/1vnacVhNRQ

Senator and 2020 Democrat hopeful Kirsten Gillibrand (D-NY) is still a big fan of the Women’s March . . . in Des Moines, not DC.

Our movement is growing, not fading. It’s WOMEN who are leading the fight for our democracy. So glad to be at the Des Moines Women’s March today. pic.twitter.com/BUIwq33iVs

.@AOC is a surprise guest speaker at the New York @womensmarch. @NYCMayor is also at this jew hater march.

Apparently feeling the pressure from lost sponsors, celebrity disapproval, and dwindling interest among former marchers, the Women’s March national leadership is attempting to distance itself from their own anti-Semiticism at the DC march.

Since then, the march’s national leadership has tried to quell the outrage — reaching out to the Jewish community, denouncing anti-Semitism, meeting with rabbis and unveiling a new steering committee that includes three Jewish women.

“We unequivocally condemn anti-Semitism, homophobia, transphobia, misogyny, and we don’t want anyone to be confused about that,” she said. “We’ve been fighting against the exact type of hate that we have been accused of, and we understand that there is a lot more work to be done before the march, during the march and after the march.”

In a symbolic gesture, Women’s March leaders Tamika Mallory and Carmen Perez helped to carry the “Jewish Women of Color” banner at the very front of the march Saturday, beside Rabbi Mira Rivera and other Jewish women singing “we will build this world with love.”

These gestures are not quelling the outrage on social media, however.

Mentions of the antisemitic Women's March on @CNN since I turned it on the morning: 3
Mentions of March for Life: 0

Bold marketing move endorsing a group that can’t even repudiate anti-Semitism or say Israel has a right to exist https://t.co/G1W8PJw58Uhttps://t.co/YYXNnAESV0 https://t.co/9hgRxbflyE

(Are we allowed to say @TamikaDMallory is an anti-Semite yet?) #WomensMarch2019 https://t.co/N3y3LdifwO

“…an event that has become a toxic mess.” https://t.co/KcYcvnFN3d

And a closing question from Charlie Kirk:

If Liberals don't believe in biological gender then why do they march for women's rights?

NPR weekend edition news this morning only reported how the nationwide march was moving forward. Not a peep about Jew hating/ethnic chauvinists Mallory or Sarsour.

And whats up with Rabbi Mira Rivera? Is she the titular head of Vichy Israel?

“And whats up with Rabbi Mira Rivera? Is she the titular head of Vichy Israel?”

Apparently she thinks she is.

Seems that Boston’s March is dissociating itself from anti-Semitism in the national movement, as it claims it’s independent from that group. If I were an investigative type, however, I wouldn’t be surprised to find evidence to the contrary.

The San Diego Women’s March tried to distance itself with the DC version, but I attended the one in 2017, and did not bother either last year, or this year.

The march was not about women anything. All the speakers and the signs were anti-Trump. There was sponsorship by the Democrats, but not the Republicans.

I decided to do other things, today.

A Women’s March should be about women, not about supporting murderers or Islamists, or a specific political party.

I wonder how long it will take for this sad bunch of shortchanged women to figure out that “Hate” is not something to build on. How do they go about growing their movement when it is nothing but hate?

I just ran into this woman with a “America Was Never Great” sign at the Women’s March. Her reasoning was our treatment of gay people.

She then told me that Iran is greater than the United States. Can’t make this up.

Lots of lunacy found on his videos of the lunatics.

Portland focused on capitalism is rape.

Then is crony capitalism sodomy?

If so, will they be arresting obama?

You wouldn’t know by the coverage of the woh-mins march that it was a gigantic flop failing under the weight of its own racism and hate and that there was another march recently that was orders of magnitude larger than this one celebrating life.

You also wouldn’t know from the enemy of the people media that this other march has been going on for years with millions if people if all denominations and persuasions attending it to celebrate the sanctity of all life.

Any Jew that would associate themselves with Sarsour is a self-loathing, suicidal twit.

The only problem is those suicidal twits wantt to take the rest of us off the cliff with them.