NATO Members Will Increase Defense Spending After Trump Calls Them Out

NATO Members Will Increase Defense Spending After Trump Calls Them Out

“And we see that the clear message from President Donald Trump is having an impact.” 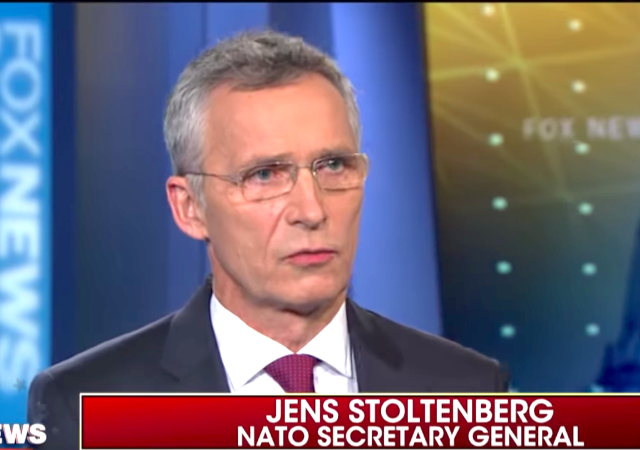 Ever since he announced his presidential campaign, President Donald Trump has applied pressure on NATO members to increase their defense spending.

Jens Stoltenberg, NATO Secretary General, just stated that because of me NATO has been able to raise far more money than ever before from its members after many years of decline. It’s called burden sharing. Also, more united. Dems & Fake News like to portray the opposite!

Stoltenberg made the remarks when he appeared on Fox News Sunday:

“President Trump has been very clear,” Stoltenberg told fill-in host John Roberts. “He is committed to NATO. He stated that clearly just a few days ago and also at the NATO summit in July. But at the same time, he has clearly stated that NATO allies need to invest more. And therefore at the summit in July last year, we agreed to do more to step up — and now we see the results.”

In all, Stoltenberg continued, “by the end of next year, NATO allies will add hundred – 100 billion extra U.S. dollars toward defense. So we see some real money and some real results. And we see that the clear message from President Donald Trump is having an impact.”

Stoltenberg, while acknowledging that Trump was putting an unusual amount of pressure on NATO, said the harsh tactics were needed given Russia’s extraordinary aggression.

“What he’s doing is to help us adapt the alliance, which we need because we live in a more unpredictable world with a more assertive Russia using violence and force against a neighbor, Ukraine,” Stoltenberg said. “And therefore NATO has to adapt.”

Stoltenberg warned that Russia “has shown no sign of respecting a major Cold War-era missile treaty and that the future of the pact is in danger as the U.S. readies to start pulling out of it this week.”

A recent New York Times article claimed that Trump had been toying with the idea of removing the US from NATO. The White House called the report “meaningless” and showed off Trump’s past statements that showed he has a “‘strong’ commitment to NATO.”

Stoltenberg added, “I’m happy with the fact that he has helped us to now move on the question of burden-sharing within the alliance. And this is important for European allies for a strong nato, it’s good for Europe, but it’s also good for (the) United States.”

On NATO – why would Trump want a stronger NATO if he is “Putin’s puppet” or in any way was supporting or in the pocket of Russia?

We know the answers…… Just rhetorical some questions this gray Tuesday morning.

Does anyone else think in this image, he’s wearing lipstick?

Just this past weekend I saw something about how one-half the nation thinks that the DJT foreign policy is wrong. It was just the “mention”, an aside, on some news program. No data on whose poll, what was asked, etc. My thoughts went to the question “just what do these people want; what would be a suitable policy to them?”

I guess they are unhappy that the socialist dictatorship in Venezuela is on the ropes and the US has stepped up to support the emergence of something democratic, and is joined by some European states, and that his hectoring of NATO over “paying their fair share” looks like it is paying off…

I saw attributed to Winston Churchill that “…its hard to think a democracy is good government after a 15-minute conversation with the average voter.” That’s paraphrase, but I think he was on to something.

The actual military is only part of the problem. We’re working our way to the point where Russia could simply pick a cold winter, turn off the natural gas, do a little constructive sabotage of select bits of the energy infrastructure in Europe, and do more damage than throwing a whole wave of tanks into the mess. A dozen Spetsnaz units in place could paralyze all of the country.

Way past time for NATO to honor the Budapest Memorandum as well. Putin straight up annexed and invaded Ukraine and nobody did a thing. Good for NATO to up their spending, but what good does that spending do if they don’t actually do anything with that money spent?