Meanwhile, the social justice warriors battle over Cleopatra’s genetic legacy. Too bad for them the Romans depicted her as a ginger! 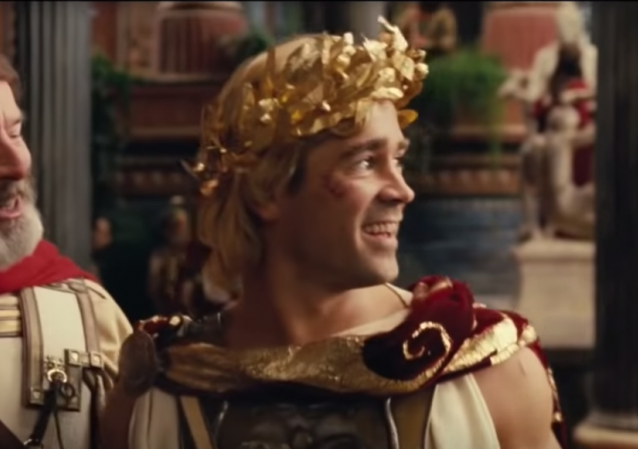 Since the collapse of the Soviet Union and the subsequent independence of the Balkans, one of the most hotly contested issues has been between Greece and the neighboring entity that had been calling itself the “Republic of Macedonia”.

The origin of this struggle has been the legacy of Alexander the Great, the Macedonian general who conquered Persia, Egypt, Syria, Mesopotamia, Bactria, and Punjab and initiated the Hellenistic era. Each nation claims Alexander as its own, both for bragging rights and tourist dollars.

Now, Greece’s parliament has voted to back a historic agreement ending a 27-year dispute over its northern neighbor’s name.

Parliament in Athens agreed by 153 votes to 146 to approve the name Republic of North Macedonia, despite widespread opposition from the public.

Greece has rejected Macedonia’s name since its independence in 1991, as there is a Greek region of that name.

Failure to find an appropriate name meant that Greece frustrated Macedonia’s drive to join both Nato and the European Union.

And while the Northern Macedonians are pleased with the deal, Greek citizens are unhappy with what they consider to be a European Union over-reach.

With latest polls showing that more than six in 10 Greeks oppose the deal, demonstrations have been held across the country in the buildup to Friday’s vote. A protest rally in Athens Sunday attended by tens of thousands was marred by violence.

As I am on the subject of Macedonia, I would like to segue to the subject of one of the Macedonian conqueror’s heirs: Cleopatra VII, the famous last queen of Egypt. There was recently a social justice dust-up as racialists are upset that Caucasians are being considered for the part of Cleopatra in an upcoming movie.

Social justice bores are in a tizzy over the latest reports that certain actresses are being considered to reprise the role of Egyptian queen Cleopatra, not because one of them is the woefully overhyped Lady Gaga and the other is the hopelessly contrived Angelina Jolie, but rather that both of the celebrities are white.

…The Ptolemaic dynasty of which Cleopatra was one, was all Macedonian Greeks. How did they maintain that racial makeup while ruling Egypt for generations? Inbreeding.

I am going to go one better: I assert that Cleopatra had reddish blond hair. In addition likely being a direct descendant from the same family as golden-haired Alexander, there is portraiture done in what would have been in the living memory of the Great Queen.

Yes, according to historian Joann Fletcher in Cleopatra the Great (2011). The evidence is not conclusive, but one particular portrait in the Herculaneum seems to show Cleopatra, identified by her royal diadem, with red hair. There were fair-haired Greeks in her family line, and red hair does show up in that part of the world, so it is possible.

Here is the portrait, showing Cleopatra as a ginger: 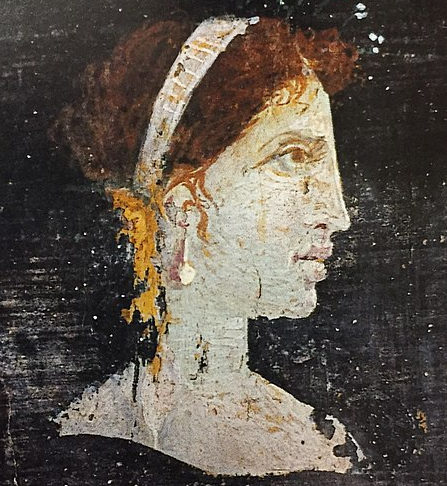 There is another portrait in Pompeii with similar details, although she appears more auburn here:

An ancient Roman wall painting in Room 71 of the House of Marcus Fabius Rufus at Pompeii, Italy, showing Venus with a cupid’s arms wrapped around her. It is most likely a depiction of Cleopatra VII of Ptolemaic Egypt as Venus Genetrix, with her son Caesarion as a cupid. The painting was made circa 46 BC, around the time that Julius Caesar erected her statue in the Temple of Venus Genetrix in the Forum of Caesar, Rome.

So while Nubian beauties do exist, the data appears to show that Cleopatra was just another soul-capturing ginger. That means, logically, Christina Hendricks or Amy Adams should be in contention for the role.

One last news item on Cleopatra: Archaeologists believe they have found where the burial site of the queen and Marc Antony, who died around 30 BC.

Egyptian historians say that they believe they now know where to dig and hope to uncover the tomb ‘soon’.

The ancient city of Taposiris Magna, around eighteen miles from Alexandria, is believed to be where the two ruler’s remains were laid to rest.

Archaeologist Dr Zahi Hawass said: ‘The long-lost tomb of Antony and Cleopatra will be eventually uncovered.

Stay tuned! I am sure some exciting Egyptian discoveries will be made this year.

The article you cite makes two pretty bad errors: it misdates Nefertiti by about 1200 years, and it seems to concede that she, at least was black. Nefertiti wasn’t nearly as light-skinned as Cleopatra, but neither was she black; in their art ancient Egyptians depicted themselves as white, in contrast to their black Nubian slaves.

Didn’t they also depict some as neither black nor white but tan? I confess I’m trying to remember things I read decades ago.

The ancient Egyptians depicted themselves as either reddish brown (men) or yellow (women). The depicted black Africans as black, and there are rare instances of an Egyptian also being depicted black (sometimes for race, sometimes to represent death). The Egyptians also depicted European races with a much whiter color.

In a nutshell…they were likely a brown people, with mixed ancestry. Egyptian mummy DNA shows a high level of Mediterranean/European/Turkish components. https://www.washingtonpost.com/news/speaking-of-science/wp/2017/05/30/dna-from-ancient-egyptian-mummies-reveals-their-ancestry/

Thank you. Clearly it’s time for me to re-read a few things and get them clear.

That first article was used to cite only the SJW dispute, not the portrait evidence I present later.

As for them all being crackers, that’s a no-contest. Alexander’s Diadochi, including the original Ptolemy, were Macedonian. Not an equatorial African in the bunch.

It’s an interesting bit of historical trivia that Cleopatra VII’s lifetime was closer to our day than it was to the start of the Pharaonic period of Egypt. The Great Pyramids (4th Dynasty) were already more than half their current age when the Ptolemaic dynasty came along.

By way of comparison, the Mishnah, compiled in the 2nd century CE, describes Jews as neither black like Africans nor white like Germans, but the color of boxwood.

I’m curious whether the downvoters are disputing the quote, or just spiteful horrible people.

That boxwood color is the same skin tone as I describe in a comment below, and is common among peoples all around the shores of the Mediterranean.

TY all for the education!

Any day I can blog about Egyptology is a good one. Fun fact: Originally, my personal blog was suppose to be on ancient Egypt and science…but Tea Party activism redirected it to other purposes. 😀

Natural red hair is relatively common among people of Arab/Berber/Jewish decent. It’s not as common as say people from northern Europe, but the hair genes are still there. The idea that Cleopatra was “black” or sub-Saharan African is just revisionist history. It should not matter, but the intersectionalist Left wants EVERYTHING to be based on what they define to be race.

Please keep this coming…I love Egyptian archaeology and dream to go see all of this stuff one day.

Well, some also claim that Beethoven was black, so go figure.

And Mozart. The confusion apparently arose from the fact that the Chevalier de Saint-Georges was known as “the black Mozart”. Some dim bulb misunderstood this and thought Saint-Georges was Mozart. They were two different people, though they knew each other and once spent several weeks as guests in the same house in Paris.

There were some Nubian dynasties in earlier Egyptian history, but neither the Egyptians (Copts) nor the Greeks who ruled after Alexander were “black,” that is, black African. Even today in Egypt, Nubians, who are Egyptian citizens, are treated differently by the non-black Egyptians. Copts, the descendants of the ancient Egyptians, have dark hair, dark eyes, and light tan skin tones, very similar to other peoples around the shores of the Mediterranean.