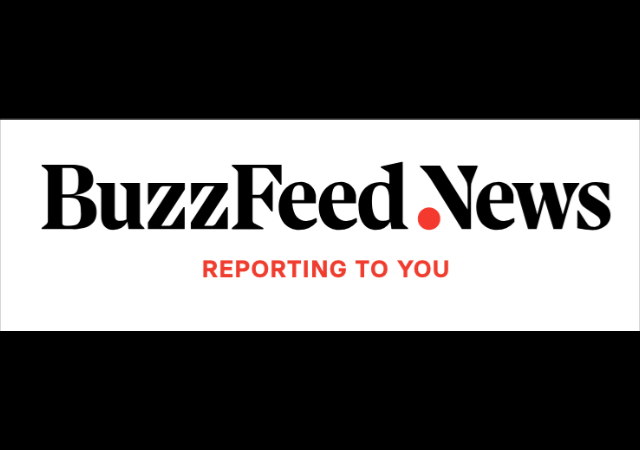 Poor BuzzFeed. Between the crappy reporting with the Russia investigation and laying off hundreds of employees, BuzzFeed now faces a revolt from those still employed over the fact that the publication will not provide the laid workers paid time off (PTO).

BuzzFeed is refusing to pay out earned, accrued, and vested paid time off for almost all US employees who have been laid off. They will only pay out PTO to employees in California, where the law requires it. We understand that in other states where BuzzFeed employees have been laid off, state law does not require you to do so. But employers absolutely can pay out PTO — and often do. It is a choice, and for a company that has always prided itself on treating its employees well, we unequivocally believe it is the only justifiable choice.

This is paid time that employees accrued by choosing not to take vacation days, and instead do their work at BuzzFeed. Many of the employees who have been laid off had the most difficult jobs in terms of scheduling — such as the breaking and curation teams on BuzzFeed News who regularly worked weekends and holidays, or managers who weren’t able to use vacation time because they were expected to be available to their teams. They saved up those days (or weeks) because they were so dedicated to their work, and, in some cases, felt actively discouraged from taking time off. They have as much of a right to those days as anyone else.

For many people, paying out PTO will be the difference between whether or not bills and student loans will be paid on time and how their families are supported. It is unconscionable that BuzzFeed could justify doing so for some employees and not others in order to serve the company’s bottom line.

Those laid off by BuzzFeed will receive 10 weeks pay and benefits through April.

The Washington Examiner reported on a letter from Taylor in response to the demands:

In response to the letter, Taylor said the company is “open to re-evaluating this decision.” In a note shared with the Washington Examiner, Taylor stated that “we will follow up soon with next steps so a representative group of employees from across the company can meet with Jonah and me about this.”

BuzzFeed management responded internally tonight to the Medium open letter signed by 350 employees demanding that the company pay out earned time off: “We are open to re-evaluating this decision…” pic.twitter.com/llci0v08Bi

Employees of BuzzFeed took to Twitter to continue to express their anger over the laid off not getting PTO:

On Friday, BuzzFeed News lost almost 50 staffers. BuzzFeed plans to lay off around 250 total people with more layoffs this week.

Some of these people won’t be paid out their earned PTO.

Over 300 of us are demanding they get paid what they deserve.https://t.co/VjfydcoyKD

A letter to BuzzFeed management signed by 350 staff (and counting) standing together in a demand that the company pay out earned paid time off to those who have lost their jobs https://t.co/gV1eM6RAZu

More than 350 @BuzzFeed employees have signed this @BuzzFeedNews Staff Council letter demanding the company pay out earned paid time off to recently laid-off workers. On Breaking, comp time — credit for extra time worked — was critical to its operation.https://t.co/c7Zq2ZaKSA

The reason so many of my @BuzzFeed and @BuzzFeedNews colleagues who were just laid off have WEEKS of PTO saved up is because they worked long hours and extra days when breaking news demanded it.

BF management should not punish them for their dedication. https://t.co/bnW5Z2PY4i pic.twitter.com/SeQKz3k0uG

Update: more than 425 BuzzFeed employees have now signed, including some of our most senior managers. https://t.co/93b0rZjS7T

We demand BuzzFeed pay out earned paid time off to its recently laid off employees. by BuzzFeed News Staff Council https://t.co/GLC7yLsu4y

Not only that, but community contributor Jason Sweeten published this quiz at BuzzFeed.

can’t imagine it will stay up, so screenshots for posterity pic.twitter.com/ePFynAevPg

Don’t stop there! Demand life-long health care benefits and anything else they can think of. Let’s turn a tough situation into black disaster!

This would be a great time to compile a list of 513 more buzzoits to lay off. These were people hired to engage in a circle of journalistic Onanism. Most still have a spare room at their parents‘ place waiting for them.

notamemberofanyorganizedpolicital in reply to beagleEar. | January 28, 2019 at 2:19 pm

Think we can get Twitter to do some Lay Offs?

Hate speech is whatever leftwing NPCs say it is.”

amwick in reply to notamemberofanyorganizedpolicital. | January 28, 2019 at 4:39 pm

Give them UPO, Unpaid Time Off. Or, they could put all remaining reporting jobs up for bid. Who will work for the least amount?

we should all claim to be laid off and collect benefits

Put me down for if you’re laid off involuntarily you should get your accrued PTO or vacation days paid out. In situations where the employee leaves on their own or is terminated for cause then I’m fine with the company making a decision either way.

what do you not get about ‘earned time off’ ?
company theft of employee hours should be a sueable offense.

I think I understand it fairly well and I personally think earned PTO or vacation should be paid out. If I owned a company and was forced to lay off employees I would feel a moral obligation to pay them for that time. However, in most states you’re employed at-will and if the employee handbook says the company does not pay out earned PTO if you leave the company then you knew or should have known that when you accepted the job. Some of your choices were/are to not accept the job, negotiate a contractual agreement (and get it in writing) that you will be paid out for that time, deplete your accrued time before you voluntarily leave the company or eat the loss if you leave with time accrued. However, if an employee is terminated involuntarily, while I generally like limited regulations, a law that says that earned time has to be paid out would be fine with me.

FYI I’m an account not a lawyer so if I have any of the legal matters incorrect, one of you lawyer types feel free to correct me.

500+ employees, yet they still couldn’t get a story right or take the time to factcheck? Just what the hell do they do?

If only they had collective bargaining………LOL

Dem policies for thee but not for………

I’m pretty sure this is standard. We give our employees 4 weeks paid vacation and they are allowed to carry 4 weeks paid sick leave. All benefits accrue first of the year with no carry over. Employees who are let go get 10 weeks of pay. 4 Vacation, 4 sick and 2 severance plus 60 days medical.

This one’s easy. NO.

First off, they get a severance package.

Second, I’m amazed at the lack of awareness by those still employed.

Do the employed not realize that demanding more out of the coffers could cost some of them their jobs down the road when the red monster strikes again?

I’ve been laid off a few times. I never received 10 weeks severance.
Once, I got 1 week per year of service, which came to 5. Other people in the same layoff got 30 weeks or more. None of us got our accrued PTO on top of that.

They should take it and give thanks. They could have gotten screwed much harder than they were.

from a ‘woke’ enterprise ?
just some glee ‘do as i preach’ 😉

Awesome. The company had a fixed amount of money to pay severance. It simply decided to give all of the terminated employees 10 weeks’ severance instead of, for exmaple, their actual accrued PTO plus 6 weeks’ severance.The employees with accrued PTO simply subsidized the employees with no PTO–from each according to their ability to each according to their need–what’s not to like? I mean I hate it, but journalists are liberal fanboys–why would they be concerned about helping to subsidize their former colleagues who used all their time off?

On a somewhat related issue, my well-off white friend’s liberal daughter is in the middle of the college application process. Now that she’s seeing that her “privilege” is working against her (e.g., classmates with lesser credentials but sob-stories are getting into some colleges in her stead), she’s seeing some of the downside of the liberal mindset. I guess some good will come of the process if it changes one mind!

Awesome. The company had a fixed amount of money to pay severance. It simply decided to give all of the terminated employees 10 weeks’ severance instead of, for exmaple, their actual accrued PTO plus 6 weeks’ severance.The employees with accrued PTO simply subsidized the employees with no PTO–from each according to their ability to each according to their need–what’s not to like? I mean I hate it, but journalists are liberal fanboys–why would they be concerned about helping to subsidize their former colleagues who used all their time off?

On a somewhat related issue, my well-off white friend’s liberal daughter is in the middle of the college application process. Now that she’s seeing that her “privilege” is working against her (e.g., classmates with lesser credentials but sob-stories are getting into some colleges in her stead), she’s seeing some of the downside of the liberal mindset. I guess some good will come of the process if it changes one mind!

Liberals really are this stupid.

You are being LAID OFF because the company is losing money. The layoffs were presumably calculated to prevent the company from closing completely.

LOGICALLY, that means they’d have to fire MORE PEOPLE to cover that money.

They are literally demanding they fire more people to pay them.

Not Legally Required + Not In Your Contract = STFU

Go find another street corner and flash some skin

Payment for accrued leave isn’t all that rare, but 10 weeks severance should pretty much cover it. They’re so used to be paid for laying around eating donuts that they think the company should just keep on doing it after they’re laid off. It’s unlikely that they’re even aware that in most jurisdictions, the employers are paying part or all of their unemployment compensation already.

Will Buzz Feed realize their error and reduce or eliminate activity in California, moving those jobs to the states where they are not required to make the payouts? It would be really something to see them moving to Texas..

Shhh be careful what you wish for…between the filth polluting Houston, Dallas, and San Antonio, the Dems are threatening to turn the state purple.

We call upon Congress to address the ongoing crisis of job loss in the online journalism community with legislation mandating coding education as a prerequisite for employment as an online journalist. Such education should be offered for free; a tax would be levied on all sugary-type coffee beverages, the revenues to be equally divided between childhood diabetes research and the financing of coding education for jobless journalists and those who aspire to a journalism career.
https://petitions.whitehouse.gov/petition/coding-and-employability-act-2020

They should ask which 100 workers volunteer to be laid off to cover the added expense.

Maybe they should learn to code those hours instead.

Maybe they should ask Nicolas Maduro to come and arbitrate for them. He’s a great hero of the Proletariat…

So what will the petition signers do if Buzzfeed tells them to GFYS? Will they quit?