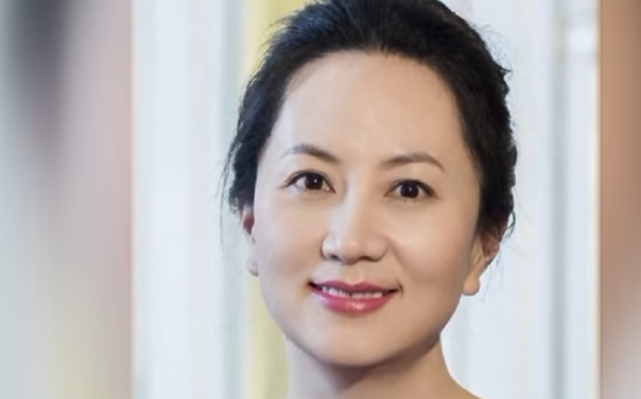 We have been following the legal case of Meng Wanzhou, the chief financial officer of China’s telecommunications giant Huawei, who has been accused of conspiracy to defraud banks after the company allegedly skirted sanctions on Iran.

This week, a third Canadian has been arrested amid the continuing legal action against Meng.

The recent detention of a third Canadian in China differs from earlier ones that authorities allege involve security matters, a Chinese government spokeswoman said Thursday.

In the latest case, Sarah McIver received an administrative penalty for illegal employment, Foreign Ministry spokeswoman Hua Chunying said at a daily news briefing. She did not provide further details.

The detentions of two Canadian men last week appeared to be retaliation for Canada’s arrest of a Chinese telecommunications executive wanted in the United States.

Canadian Prime Minister Justin Trudeau responded to this development with the vim and vigor Legal Insurrection readers would expect.

“Escalation or very strong political statements can actually end up being counterproductive to,” Trudeau said, noting political posturing or statements are not necessarily going to help those detained. “Escalation and political posturing might be satisfactory in the short term to make yourself seem like you are stomping on the table and doing something significant, but it may not contribute to the outcome we all want.”

The latest case doesn’t seem to fit the pattern of the previous two, and Trudeau said he favors de-escalating the tensions.

Many Canadians were unhappy with the tepid response. Subsequently, both Canadian and U.S. diplomats have now formally demanded the release of the two detained men, entrepreneur Michael Spavor and former Canadian diplomat Michael Kovrig.

The US and Canada have called for China to release two Canadians detained in what is thought to be a set of tit-for-tat reprisals for the arrest of Huawei executive Meng Wanzhou.

It is the first time either country has directly demanded their release, with Justin Trudeau, Canada’s prime minister, having been criticized by the opposition earlier in the week for suggesting that ordering China to free the country’s citizens would be like “stomping on the table”.

“We are deeply concerned by the arbitrary detention by Chinese authorities of two Canadians earlier this month and call for their immediate release,” Chrystia Freeland, Canada’s foreign minister, said in a statement.

Steven W. Mosher of the New York Post takes a look at Meng, to reveal what might be the motivation for these detentions. His look at the “Communist Princess” is fascinating.

It turns out that “Princess” Meng, as she is called, is Communist royalty. Her grandfather was a close comrade of Chairman Mao during the Chinese Civil War, who went on to become vice governor of China’s largest province.

She is also the daughter of Huawei’s Founder and Chairman, Ren Zhengfei. Daddy is grooming her to succeed him when he retires.

In other words, Meng is the heiress apparent of China’s largest and most advanced hi-tech company, and one which plays a key role in China’s grand strategy of global domination.

Huawei is a leader in 5G technology and, earlier this year, surpassed Apple to become the second largest smartphone maker in the world behind Samsung.

But Huawei is much more than an innocent manufacturer of smartphones.

It is a spy agency of the Chinese Communist Party.

All Chinese companies, whether they are private or owned by the state, are now part and parcel of the party’s massive overseas espionage campaign.

It would seem that Justin Trudeau is to China as Kim Jong-un is to the USA. Trudeau has got to be really irked by his role as Trump’s proxy.

When is it going to dawn on the free world that doing business with China is like asking the fox to help the gingerbread man cross the river? They play by a different set of rules and all the kings horses and all of the kings men cannot undo that. They lie, cheat, double cross and have a set of ethics right out of obama’s administration. They will not allow business in China unless proprietary information is given to the government. Why? So they can take over your business and then sell your invented product/service at a discount rate to the world. They are not going to change! Just like Iran is not going to EVER change. The only way to defeat their predatory practices is for the free world stop ALL trade with them and I mean all trade.

Perhaps if Trudeau were to actually play hardball, he would instruct the hundreds of ships each day from China to stay 12 miles off Canada’s shores until ALL the Canadian hostages are released. Putler is getting away with seizing 24 sailors and 3 boats of Ukraine in international waters, and no one is doing anything about it. China’s factories can’t store their products for long if there supply chain of container ships are delayed.

Perhaps Meng Wanzhou should be charged with espionage? China’s tech sector has been built on a foundation of theft.

How many more Chinese executives are operating as spies in America? Is there enough evidence to arrest additional Chinese operatives?

Xi Jinping knows better than anyone else that China is now the world’s last, best hope for twentieth century totalitarianism. If one of the princesses of his country gets in trouble abroad for untoward dealings, a chicken must be killed (the arrests of the Canadians) to scare the monkeys (anyone else who might be critical of Xi Jinping’s revival of Maoism).

Canada is chicken. They will do nothing.

Remember what GW did when the Chinese forced one of our Air force planes to the ground? Nothing.

They are afraid of freedom which requires force to back it up.

Nothing Canada can do and China knows it. They saw how Saudi Arabia kicked out Canada’s diplomats and Canada did nothing. But Trudeau has such nice hair!