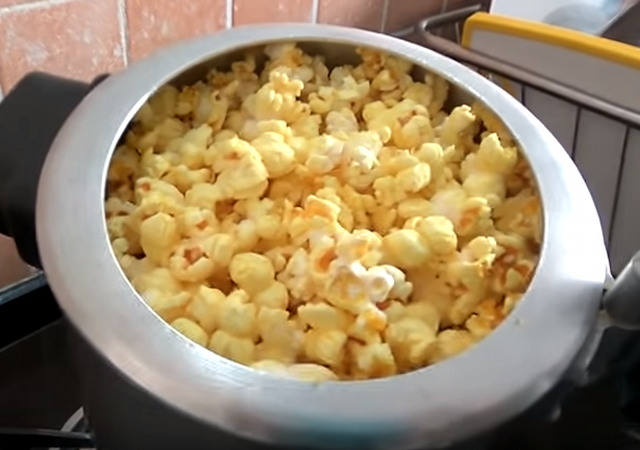 Given the massive number of candidates who will be seeking the Democratic presidential nomination in 2020, the party is going to have to deal with very crowded debates. After all, you can’t fit 20 to 30 people on one stage.

Instead of having two tiers of candidates like the GOP did in 2016, the DNC has a different plan.

With the prospect of upward of 20 Democrats running for president in 2020, Democratic National Committee Chairman Tom Perez announced on Thursday that the party would split up candidates by random selection and host debates on consecutive nights if there were too many candidates.

The decision will allow the DNC to avoid attempting to fit the expected bumper crop of candidates on one stage or sorting debate appearance by polling numbers.

Perez said he didn’t want any voters to feel that the party was toying with the debate or debate schedule to help out certain candidates. “The critical imperative is making sure everyone feels their candidate got a fair shot,” Perez said. He said the logistics of dealing with so many candidates is a “first-class challenge to have.” The committee did not say how many candidates constituted too many for one stage.

The DNC chairman also told reporters that the DNC would be hosting twelve debates during the 2020 primary with the first two being held in June and July of 2019. There will be a total of six in 2019 and six in 2020.

Just 12 opportunities for Democrats to attack each other on national TV? We DEMAND more! And everyone on stage at the same time. https://t.co/eMXpez5txp

This is not going to be a quick and easy process. Many Democrats think Trump will be vulnerable in 2020 and the prospect of being the one who can bring him down is too enticing for anyone to walk away without a fight.

One of the top Democratic pollsters, Mark Mellman, wrote a thought-provoking column in The Hill predicting a speedy conclusion to the nomination fight—even with the presence of dozens of prospective candidates. Mellman anticipates that the 2020 primary process will look awfully similar to the bouts of primaries past, with a front-runner emerging after the February Iowa caucuses and New Hampshire primary. “That intense burst of positive publicity is sufficient to fuel the rise of any candidate, while those who fail to partake in the victor’s spoils never catch up,” Mellman writes.

If Mellman is right, he’s betting on history over the emerging dynamics of this large, unpredictable field. But the huge roster of credible candidates, the presence of Democratic nomination rules allocating delegates proportionally, and a drawn-out calendar with ample early voting all suggest that the 2020 process will be a never-ending mess.

Kraushaar cites six reasons why the battle will be long-fought but this one could provide the most conflict:

2. With a massive field, candidates will play to niche constituencies at the expense of a national message. Without a juggernaut in the field and a limited pool of financial resources, many candidates will focus on their strengths and limit their scope to a handful of favorable states. So Cory Booker could skip Iowa and New Hampshire to make a bet on the African-American vote in South Carolina, Kamala Harris could make a home-state play in California, and a blue-collar candidate (like Sherrod Brown) may decide it’s worth waiting until March 10 to make a Midwestern pitch for Michigan and Ohio. Candidates trying to win a narrow niche of the electorate usually are unsuccessful, but the dynamic will be different with such a large field.

With such a large field, there is a greater possibility for the party to splinter into different factions. Wouldn’t it be a shame if one or two candidates decided to run third party?

OK, but Occasional Cortex should be the hands down favorite for “moderator”.

Perez said he didn’t want any voters to feel that the party was toying with the debate or debate schedule to help out certain candidates.

Now why would anyone think that? LOL!

Well, that’s apppropriate, with Perez appropriate in appearance for the Freak in Chief.

It may be great for cable ratings but I wonder beyond that what portion of the country will really pay much attention. Little most likely.

I predict total airtime will breakdown to 55% about Trump and the other 45% will be divied up between the candidates talking about themselves. My concern about debates being held in 2019 is that it might reveal that their entire platform is “we don’t like Trump” which might then give them the chance to come up with something of substance.

The decision will allow the DNC to avoid attempting to fit the expected bumper crop of candidates on one stage or sorting debate appearance by polling numbers.

Hey, maybe the DNC will give him another dacha by the lake.

The question is, except for staunch Democrats and political wonks, who really cares?

The DNC controls the nominating process via the super delegates, who are, almost completely, controlled by the DNC. The party pays lip service to the idea of popular choice, but tightly controls the nominating process. And, the larger the number of candidates in the race, the easier it is for the DNC to control that process. Look for the nominee to be a moderate liberal/progressive, establishment politician.

While anti-Establishment voter interest and Democrat vote fraud will play a significant role, the kicker will be a third party Establishment candidate designed to draw traditional Republican voter away from Trump.

“With the prospect of upward of 20 Democrats running for president in 2020, ”

And they said the 15-candidate GOP primary was a clown car, LOL.

At any rate, it will make for great comedy, watching this motley crew of embittered Dumb-o-crat demagogues, first, engaging in a battle royale of pandering to their anti-free market, anti-law enforcement, anti-military, anti-Semitic, anti-personal freedom, anti-everything base of radicals, proffering endless tales of alleged victimhood, exploitation and general vilification of the U.S. and how allegedly awful everything is in this country, and, then, after having secured the Dumb-o-crat nomination for President, that same politician will put a forced, plastic smile on his or her face, wave a prop American flag, and, otherwise engage in a farcical charade of affected and contrived pro-America, pro-free market, pro-law enforcement, pro-military sentiment, in an effort to promote himself or herself as a pragmatic “centrist” and “moderate.”

The charade will fail, which is why Trump will be easily re-elected, barring some sort of catastrophic self-inflicted error, or, Deep State sabotage.

So Perez is expecting Hillary! to behave?

It will be interesting to watch this plague of locusts campaign. We thought Bernie pushed the party left, but this may be a sprint to the fringes. After the loss to Trump and the exposure of the dirty tricks against Bernie, the DNC will be bent over backwards to try to appear impartial. Laissez les bon temps roulez!

I wonder how many bodies will be found rotting beside the road when this is all over. What new crisis will the Dumbicrats create that ” only they can solve”.

With such a large field, there is a greater possibility for the party to splinter into different factions. Wouldn’t it be a shame if one or two candidates decided to run third party?

The Democrat Party will not splinter into factions. There may be a group that stays home (like the Bernie-Bots did regarding Hillary), but the Democrat Party apparatus will squash anything that even remotely looks like it might develop into a serious 3rd party nationally.

The Democrat party apparatus has tolerated the Green Party and the Socialist Workers Party because they don’t have any significant pull. You get something looking like the Bernie-Progressive-Socialists are going to pull out of the Democrat tent, and you watch how fast they start dropping from dirty tricks (made-up criminal charges, accurate criminal charges suddenly broadcast to the public, mysterious “injuries” and yes, possibly deaths).

The Democrat party knows if they splinter, they’re done. There will be too many bad feelings between the groups for them ever to re-align.

“…the party would split up candidates by random selection…”
Random…yeah, sure! Can’t wait to see Hillary! on the second night!

I really hate that the presidential election has become an 18-month long speed-walking marathon. 2016 was so drawn out and laborious. I guess the good news is I won’t be watching any of those 12 debates and nobody in their right mind is going to challenge Trump from the Rep side.