NORAD on duty regardless of what the rest of the government does. 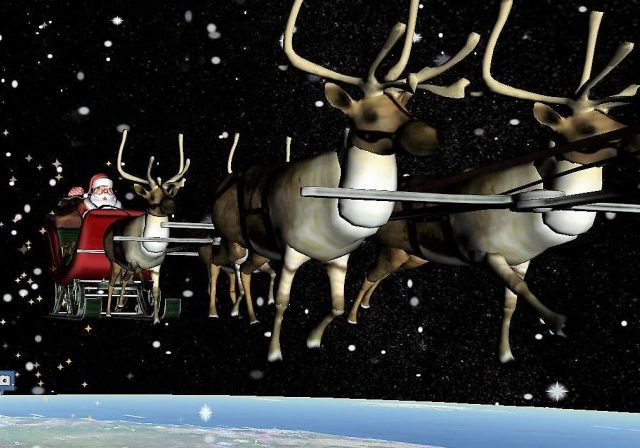 As Day 3 of the government shutdown edges into Day 4, I have some important news to share.

NORAD, a joint effort of the United States and Canada, has been monitoring Santa’s reindeer-powered movements since 1955. That year, a Sears store in Colorado Springs ran an ad in a local newspaper that included a phone number kids could dial to talk to Santa. But that number was a misprint: It actually routed children to the director of operations at a Colorado Springs facility of NORAD’s predecessor organization, CONAD (Continental Air Defense Command).

The man who answered those initially confusing calls, Col. Harry Shoup, displayed some admirable Christmas spirit, and a tradition was born.

Nowadays, NORAD tracks Santa using all sorts of high-tech gear, including radar dishes, satellites and strategically placed “SantaCams.” NORAD team members also gets lots of help from volunteers, which is how they’re able to keep the red and green lights on every holiday season.

And while the US Senate is closed for the holidays, President Donald Trump is awaiting Santa’s arrival in the West Wing.

As the partial government shutdown entered a third day on Monday, President Donald Trump sought to cajole Democrats into a budget agreement that remained elusive, at one point lamenting he was “all alone” waiting for a deal.

With little progress on his demand for a $5 billion border wall and Congress off for Christmas, the president repeatedly took to Twitter to argue for the border funding. He also scheduled a meeting Monday afternoon with top Homeland Security officials.

“I am all alone (poor me) in the White House waiting for the Democrats to come back and make a deal on desperately needed Border Security,” the president posted on Twitter. “At some point the Democrats not wanting to make a deal will cost our Country more money than the Border Wall we are all talking about.”

How long will the shut-down be? A look back at this history of shut-downs puts all this Yuletide drama in perspective.

This is the 21st government shutdown since Congress adopted new budgeting procedures in 1976, according to the Congressional Research Service, and it’s also the third this year alone. For perspective, there were only three shutdowns in the 25 years before 2018.

The history of government gridlock shows a pattern: Shutdowns are usually resolved in just a few days, or they drag on for two or three weeks.

If there is good news to be had, it is that Trump’s support of the coal industry means that there are plenty of lumps for Santa to distribute among the US Senators who will not agree to a key presidential policy that inspired millions of Americans to vote for Trump. Maybe some will be from the newly opened mines of West Virginia? 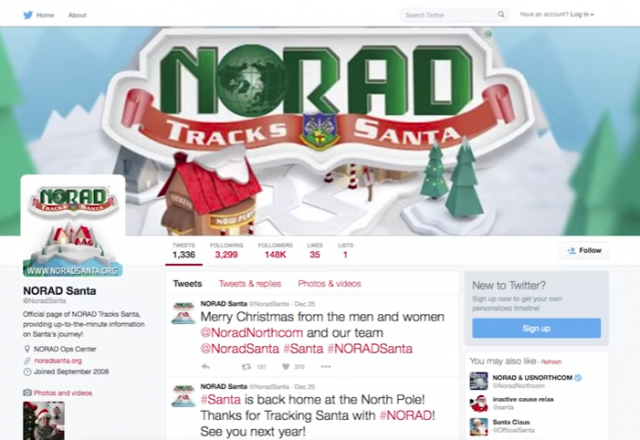 We can thank President Trump for this. Inasmuch as not as many funds were needed to track launches out of North Korea, they were appropriated to NORAD so Santa could be tracked instead.

The fact that the “Santa Tracker” was above the cut line should give those holding non-essential jobs that were shut down some food for thought.