The raids “also targeted people who authorities say re-entered the U.S. after being deported and several alleged gang members” 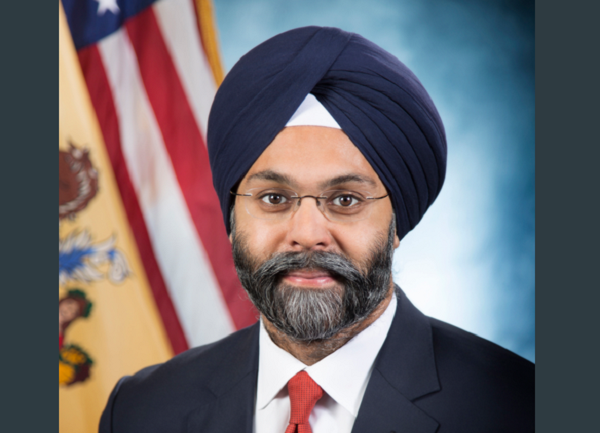 Earlier this week I wrote about New Jersey’s AG ordering police to stop working with ICE.

ICE has engaged in a “massive” series of raids in New Jersey and has arrested 105 illegal aliens, including some wanted by Interpol and alleged gang members.  ICE said that the raids were planned prior to the AG’s announcement.

Dozens of people were arrested in New Jersey last week as part of a five-day federal immigration sweep.

Federal officials say the 105 people taken into custody included several who were wanted by Interpol for alleged crimes in their home countries. It also targeted people who authorities say re-entered the U.S. after being deported and several alleged gang members.

In a statement Friday announcing the arrests, immigration officials said the operation was planned before Grewal issued his directive.

Good. This is the proper response to “sanctuary states”, not unconstitutionally trying to compel them to waive their rights by cutting funding, or trying to persuade them by small affordable cuts, but without Congress’s explicit, unambiguous decision.

Military tribunals need to investigate politicians and bureaucrats engaged with creating sanctuary cities and states. Possible charges are aiding and abetting every crime those illegals commit.

That is utterly unconstitutional. You are openly advocating criminal activity thst would amount to violently overthrowing the constitution. Fortunately for you, the first amendment protects your right to do so. But if such tribunals were to be established and operate, every member would be a criminal, and so would whoever established them and gave them their orders.

I’m torn. Get rid of the trash despite Jersey, or let Jersey go ahead and have their illegals of various degrees, and they can just suck it when something bad happens. Either way, every jurisdiction that declares themselves a sanctuary should have minimal help from the various federal law enforcement agencies. Period.

He’s American. This is his country. He can’t be deported. Are you American? You don’t sound it.

I wonder how many of the 105 voted for whoever was on the Democrat Ticket this past November?

Message to NJ where I once lived and thankfully, moved away from decades ago: WHAT YOU ARE WILLING TO PUT UP WITH IS WHAT YOU SHALL HAVE.

The Supreme Court has been very clear on this: states (and cities, acting in their names) have the constitutional right to passively resist ICE by refusing them all assistance, but may not actively interfere with them. So the proper response is exactly what ICE did here; enforce the law using only federal resources, and if that is inconvenient for the state too bad. Remind the state that the usual arrangements for cooperation are not just for ICE’s benefit, they’re for the state’s benefit too, so if it chooses to do without them that’s its problem.

Much of this problem is due to overgenerous federal funding. If the states had to fully pay for their decisions there would be plenty of cash to fund Federal responsibilities like immigration and national defense. Lower Federal taxes and let the states raise their taxes to fund their citizens priorities. The closer a citizen and his tax money gets to his government the better.