MSNBC’s Rachel Maddow Says ‘Liberty is Not a Real University’

MSNBC’s Rachel Maddow Says ‘Liberty is Not a Real University’ 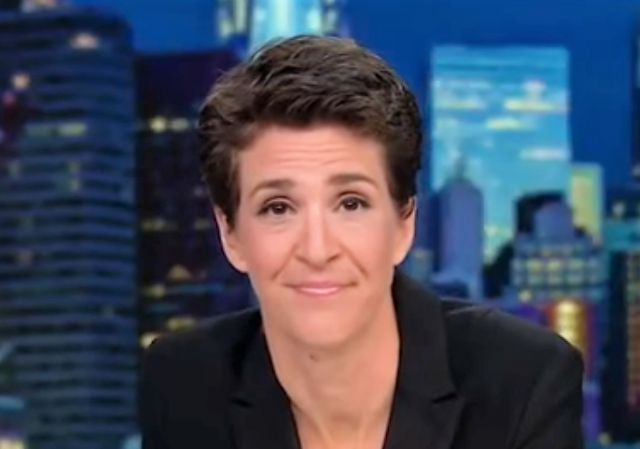 This is just the sort of snobbish comment you would expect from Maddow. Falwell has responded and it’s great.

The president of Liberty University is defending the school after an MSNBC host slammed it and one of its graduates, saying the Christian university is not an “actual higher education” institution.

It started with a comment by Rachel Maddow on a podcast with Chris Hays, another MSNBC host. Maddow was arguing against what she called an ‘anti-intellectual, anti-elite line of argument’ from right wing populists and said:

Kerri Kupec, a 2011 graduate of Liberty’s law school, is the new director of the department’s Office of Public Affairs.

Jerry Falwell, president of Liberty University, released statements on the Todd Starnes radio show responding to the claims made by Maddow.

“When she makes stupid comments like, ‘Liberty is not a real university because it was founded by a televangelist,’ she needs to study her history. Harvard, Yale, Princeton, Brown, most of the Ivy League schools were founded by preachers and evangelists, and that’s a long tradition in this country, and she just shows her ignorance and religious bigotry by making comments like that,” Falwell said.

“Liberty has been fully accredited since 1980 and already has a medical school, law school, (and) school of engineering. We have 2,500 professors who got their degrees at every major university in the country. I couldn’t be prouder of what we have accomplished.”

Just like you’re not a real boy, Rachel. By the way, Fred Savage called. He wants his face back.

MSNBC is not a real news outlet, but just a propaganda mill for the Democrats. It’s a safe space for Dems to watch fake news without fear that their confirmation bias will be shaken by inconvenient facts.

I also went to a university that was founded by clergy. As Wikipedia states, “Harvard was founded in anticipation of the need for training clergy for the new commonwealth, a “church in the wilderness”. In 1639, the college was renamed Harvard College after clergyman John Harvard, a University of Cambridge alumnus who had willed the new school £779 pounds sterling and his library of some 400 books.”

Well if Stoopid is what you need, look no further than this dude on MSLSD.

Rachel Maddow earned her Ph.D. from the University of Oxford. The University extols its history of balanced studies of politics, science, and religion.

She earned her degree in politics from Lincoln College (formally, The College of the Blessed Mary and All Saints, Lincoln). It is one of the constituent colleges of the University of Oxford. Lincoln was founded in 1427 by Richard Fleming, then Bishop of Lincoln.

Richard Fleming founded the College in order to combat the Lollard teachings of John Wyclif. He intended it to be “a little college of true students of theology who would defend the mysteries of Scripture against those ignorant laymen who profaned with swinish snouts its most holy pearls”.[Wikipedia].

She seems to have forgotten the roots of her own education from an institution whose history, in many ways, parallels that of Liberty University. The founders of the two colleges have very similar religious roots.

She seems to ignore things that are inconvenient to her argument.

Well, someone like Maddow who is not a real journalist, will have trouble evaluating higher centers of learning, like universities.