“In fact, as a wealth adviser put it, just hiring a woman these days is “an unknown risk.” What if she took something he said the wrong way?” 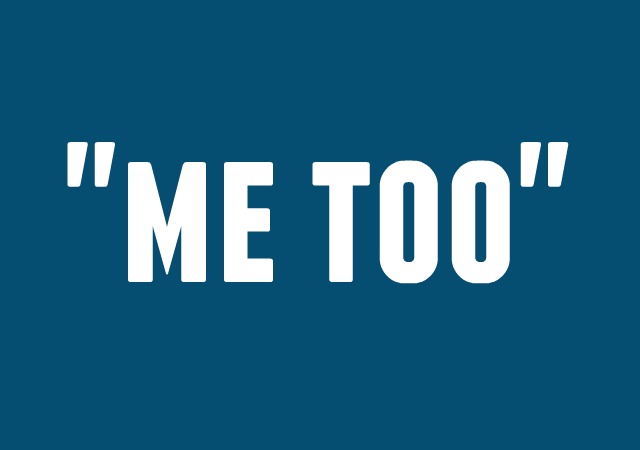 Did they really not see this coming?

#MeToo started nobly enough, but then digressed rapidly. Rather than owning their role in crossing boundaries with which they were uncomfortable, too many women used the movement to lambast men unjustly. Consensual encounters were suddenly, in hindsight, not. Ever single thing men did was called into question and scrutinized as potentially sexually inappropriate.

Naturally, men are responding by protecting themselves from the potential for allegations by bypassing any scenario in which they might be left alone with a woman co-worker.

No more dinners with female colleagues. Don’t sit next to them on flights. Book hotel rooms on different floors. Avoid one-on-one meetings.

In fact, as a wealth adviser put it, just hiring a woman these days is “an unknown risk.” What if she took something he said the wrong way?

Across Wall Street, men are adopting controversial strategies for the #MeToo era and, in the process, making life even harder for women.

Call it the Pence Effect, after U.S. Vice President Mike Pence, who has said he avoids dining alone with any woman other than his wife. In finance, the overarching impact can be, in essence, gender segregation.

Interviews with more than 30 senior executives suggest many are spooked by #MeToo and struggling to cope. “It’s creating a sense of walking on eggshells,” said David Bahnsen, a former managing director at Morgan Stanley who’s now an independent adviser overseeing more than $1.5 billion.

This is hardly a single-industry phenomenon, as men across the country check their behavior at work, to protect themselves in the face of what they consider unreasonable political correctness — or to simply do the right thing. The upshot is forceful on Wall Street, where women are scarce in the upper ranks. The industry has also long nurtured a culture that keeps harassment complaints out of the courts and public eye, and has so far avoided a mega-scandal like the one that has engulfed Harvey Weinstein.

bypassing any scenario in which they might be left alone with a woman co-worker.

This is just the surface of the menace.

As we know from recent cases, a man can be ruined fpr saying something while in a crowded elevator. Being alone isn’t the problem—the risk exists when there are any women within earshot.

There is not a fellow male, with whom I have spoken, that doesn’t not FEAR any and all women.

We do our best never to LOOK at, or even talk to, any women. Ever.

I will go so far as to look ahead, when going into, or out of a building, and if I see a woman approaching, I’ll stop, act like I’m looking at what ever is in my hand, and wait till she is gone.

I won’t open the door for one, will not smile at one, will not make eye contact…….sorry. They are now “equal”..hope they are happy….(yeah, ever meet a happy woman?)

Surprise! The law of unintended consequences rears its perfectly expected and ordinary head.

Yeah Rusty, we did start avoiding women at work long b4 #metoo. Been pretty much a status quo for my entire 20+ years to avoid women at work for anything except work unless there are others around. I’ve finally been able to loosen up a bit and will happily converse with the married convervative leaning coworkers that won’t take your head off. There are a few at work who I make a point however to steer clear from that are outside of my department. We’d all ve more effective if we didn’t have to play this game of CYA all the time. It used to be once upon a time you might actually meet someone at work and date them and even get married, now anyguy foolish enough to do that is just begging for troubles.

I guess any sociologist studying this phenomena should submit their findings to J. Duh.

As an employment law lawyer, since Clarence Thomas / Anita Hill (and now even more so) my generic advice to men has been:

1) There are legal minimums for behavior, and then there are the proactive steps necessary to protect your career and personal finances;
2) If you engage in harassing or discriminatory conduct, you get what consequences you deserve;
3) However it takes but one false / non-meritorious allegation by a woman — whether through oversensitivity or retribution, e.g., for a consensual relationship gone south — to permanently ruin your current career and future employment prospects;
4) To help minimize “liability” employers will side with the woman and dump you like a hot potato;
4) Even though a small minority of women will lodge false allegations (or their “friends” on their behalf), you can’t necessarily tell in advance who the “woman” might be who will do so;
5) So you should consider all female coworkers as potentially being “the one” and so interact with them as if they are radioactive;
6) Be polite but formal, and distant — work together as you must, be professional and superficially friendly — but don’t engage in discussions about their personal life or likes or dislikes, or politics, or anything else other than work related. As such things inevitably come up, minimize discussion and disengage as soon as it’s possible to do so without being obvious;
7) DON’T EVEN THINK ABOUT BECOMING ROMANTICALLY INVOLVED WITH A COWORKER, nor agree to “meet” or otherwise consider becoming romantically involved with someone that a female coworkers wants to fix you up with;
8) Not with a billboard announcement, but discreetly ensure that your coworkers that you don’t “date” coworkers — they may be interviewed as witnesses someday and the more that an investigator hears that the defendant never became romantically involved with coworkers, the more likely to successfully prevail (to such there is “success” once the allegation is out there) in a “he said / she said” situation). Also, it is not unheard of for a woman whose advances were turned down to file a false, spiteful allegation of the opposite against the male coworker — the more that one has maintained a distant relationship with all women in the workplace, and it is generally known that one doesn’t date in the workplace, the less likely that some female coworker will take rejection personally and then seek retribution;
9) Try to avoid going out for drinks or socializing with coworkers (even if a mixed group) — if you can’t get out of it, be the first to leave and do so ALONE.

In other words, female coworkers are radioactive — handle appropriately.

Many of my self-employed friends, who own “small businesses” refuse to hire women.

Some of us won’t even hire our own wives !!!

All very good, but none of this does anything about a case like the guy at Kings College London who made a mild joke in a packed elevator. He probably never even saw his accuser, but he’s still neck-deep in do-do with the Star Chamber.

In my world it has always been the norm not to engage or have a meeting with anyone alone, male or female. This protects
management and the company from any false accusations which could lead to lawsuits. And it also protects male and female.

When out with anybody, say nothing, make no eye-contact, look at the floor, never smile. Be silent.

A Web search using “female false accusation” and going through many pages of search returns reveals fearful findings from legitimate sources. It is a minefield out there and the wise gent takes precautions. Sadly, that may not be enough. Even a total stranger can lodge a criminal complaint against you and the reasons are many and varied.

All of these “allegations” can be made years, even decades, after happening, with the accuser being given complete credibility. Try finding co-workers then to prove your innocence. Good luck. Clearly some of the Me Too! didn’t think this all the way through. Or maybe they did, and don’t care.