Al-Nasser Salah al-Deen Brigades, military wing of the Popular Resistance Committees, quoting verse from the Quran, warns “not to go the way of the Jews and the Christians, indeed God is not for the evil people.” 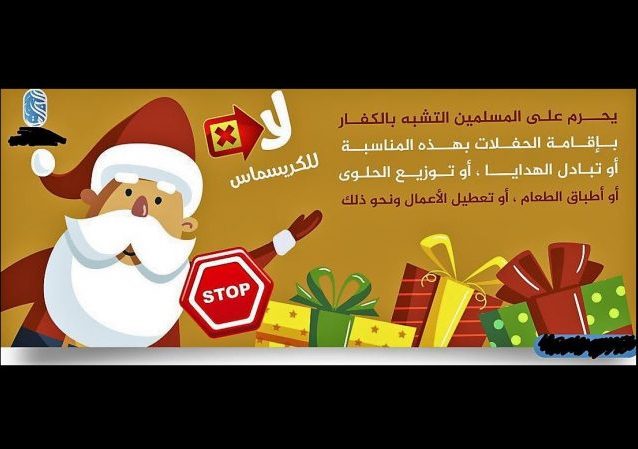 The ethnic cleansing of Christians in areas of the Middle East controlled by Islamists continues.

The Gaza strip, under the control of Hamas and other Islamic terrorist groups like Islamic Jihad, has seen its Christian population dwindle under relentless discrimination. We wrote about the plight of Gaza Christians in August 2014, Gaza ethnic cleansing of Christians:

The ethnic cleansing of Christians in Gaza by Hamas and other Islamists is a story rarely told in Western media.

It doesn’t fit the dishonest media narrative of Hamas and its supporters being victims.

We covered the topic again in 2015, Falsely blaming Israel for Christianity’s collapse in Gaza and West Bank:

It’s a peculiar tradition.  As Christians prepare to celebrate Christmas, the media churns out articles blaming Israel for Christian struggles in the Holy Land….

The reality is Christian populations are cratering across the Arab and Muslim world because they are being persecuted by a slew of recognized Islamist terror organizations, not because of Israel.

The anti-Israel propaganda machine, including from Qatari-owned propaganda outlet AJ+, also complains that Gaza Christians are unable to celebrate Christmas in Bethlehem. But never will they admit or cover the persecution of Christians throughout not only Gaza but also the areas under control of the Palestinian authority.

This year is no exception. Other than a report (below) in the Jerusalem Post, you will find no major media coverage of threats by Islamic terrorist groups in Gaza against Christians.

A flyer featuring a burning Christmas tree and threats in Arabic forbidding the celebration of Christmas was published by the Al-Nasser Salah al-Deen Brigades, also known as the Specialty Brigade, in Gaza ahead of the Christian holiday.

A verse from the Quran, quoted on the left side of the flyer, warns Muslims “not to go the way of the Jews and the Christians, indeed God is not for the evil people.” The brigades added that it is “absolutely forbidden” to celebrate the holidays in any capacity.

According to a government source, the flyer was aimed not only at Muslims, but also Arab Christians living in the Strip. The non-governmental organization Freedom House has regularly reported that the political rights and civil liberties of Gaza residents are severely constrained by multiple layers of interference.

The Al-Nasser Salah al-Deen Brigades is the military wing of the Popular Resistance Committees, a coalition of armed Palestinian groups considered a terrorist organization by Israel and the United States, and believed to be the third largest faction in Gaza after Hamas and the Islamic Jihad. The PRC is responsible for a number of terrorist attacks against Israel and has a close relationship with Hezbollah.

The flyer is in contrast to Israel’s efforts to ensure that Christians in Gaza are able to celebrate the holiday.

In a meeting with Christian leaders on December 19, Maj.-Gen. Kamil Abu Rukun, head of the Coordinator for Government Activities in the Territories (COGAT), outlined measures the unit will be taking to allow freedom of worship, according to its website. Measures include allowing entrance into Gaza for those wishing to visit their families and permitting more flexible travel, as well as flights abroad via Ben-Gurion Airport. The measures have been in effect since the week prior to Christmas.

There are approximately 1,000 Christians living in the Gaza Strip. Some 600 individuals received special permits for the holidays, a source told The Jerusalem Post.

Joe Truzman on Twitter posted images of the warnings: 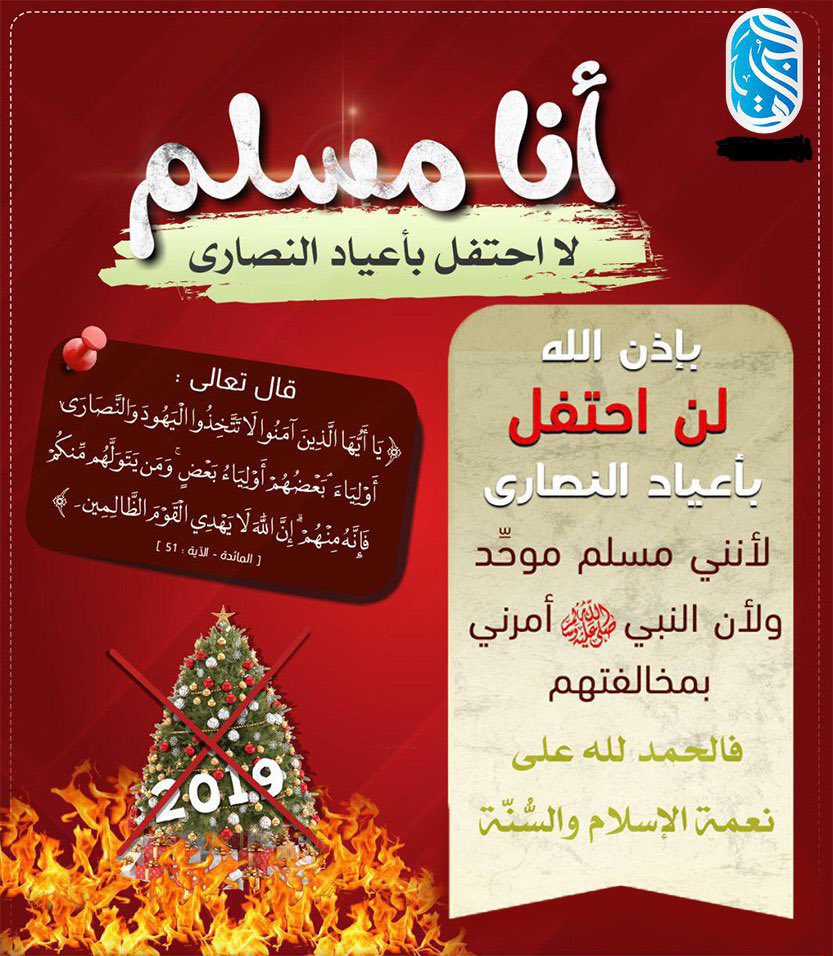 When is the world going to send a clear message to those who follow in the path of a murdering warlord who looted and has his way with women and children as young as 9 years old?

As new archaeological, numismatic, and most importantly the documentary/manuscript evidence emerges, one thing becomes clear. The “official” Islamic historical narrative is a house of cards. It can’t withstand scrutiny. In fact the central character in that narrative, Muhammad, may not even have existed. Certainly not as he’s depicted in that narrative.

Instead Islam was created by later Caliph’s such as Abd Al Malik (ruled 685-705) and that it underwent continuous revision over perhaps two centuries after the reign of Abd Al Malik until they finally “got their story straight.”

And their story is that they were developing an ideology that was specifically designed to oppose their top enemy, the Byzantine empire. Sure, they hated Jews, Zoroastrians, Hindus, Buddhists, etc. But the Jews didn’t have an empire, and while the Persians still did have a rump of an empire the Persians had been largely defeated while the ideology of Islam was under development. The Indian principalities and kingdoms no matter what their religion weren’t united.

The Byzantines however remained powerful and united. What united them? Christianity.

It’s important to not that before written constitutions religion is what united people. That’s what united the Persian empire; Zoroastrianism. The Arabs couldn’t fail to notice this, so they decided to invent their own religion. And Islam is deliberately crafted to oppose Christianity. Which is why they lash out at Christians, well, all the time. But particularly on Christmas and Easter. Because those are the Holidays in which Christians celebrate precisely what Muslims must condemn.

The divinity of Christ, His death on the cross, and His resurrection. The Quran is basically one vile screed against other religions, but it pays particular attention to hating Christianity. The Quran deliberately warps the doctrine of the Trinity, claiming that Christians believe in three gods and those gods are Allah the father, Issa (their word for Jesus, which isn’t even Arabic) the son, and Mary the mother.

No Christian sect has ever proclaimed this. And BTW they do the same thing to Judaism. In Surah 9 the Quran claims that Jews proclaim Ezra to be the son of god. No Jew has ever proclaimed that. But Islam demands their followers enslave themselves to a form of circular reasoning. The Quran is the ultimate authority on what other people believe, and not only do other people believe what the Quran says they believe, but they know that Muhammad is a true prophet. So they don’t even believe what they claim to believe, they know it’s false, but they have evil ulterior purposes for denying Muhammad’s prophethood and the authenticity of the Quran. Such as the “fun Islamic fact” the Byzantines supposedly bribed the Christian Arabs of Muhammad’s time to remain Christians.

Another reason to hate the Christians.

Sure, the Muslims hate the Jews now. But before the Jews began returning to the Holy Land the Jews were largely, in Muslim eyes, unimportant. The Christian West was important, and therefore very important to hate with all their hearts. The terrorist groups in Gaza are simply reminding their residents of this historical reality.

Unfortunately the leftists throughout the West who also hate the West and Christianity will aid in the lie that hating Christianity is central to the whole ideology of Islam. As we see them carry out their mission of hate with our own eyes.