“This man spent months planning a violent terrorist attack on behalf of ISIS here in the United States, and eventually targeted a Jewish synagogue in the Toledo area.” 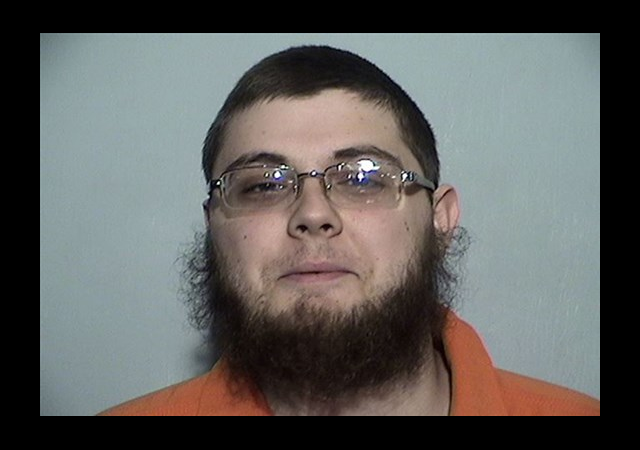 Federal authorities arrested and charged an Ohio man for planning an ISIS-inspired attack on a synagogue. The man allegedly told undercover agents that the attack on a Pittsburgh synagogue inspired him to the same thing. The Department of Justice stated:

Damon M. Joseph, 21, of Holland, Ohio, was charged today in federal court with one count of attempting to provide material support to the Islamic State of Iraq and al-Sham (ISIS), a designated foreign terrorist organization, for allegedly planning an attack on a synagogue in the Toledo, Ohio area. Joseph was arrested Friday evening after he took possession of two semi-automatic rifles.

The announcement was made by Assistant Attorney General for National Security John C. Demers, U.S Attorney Justin E. Herdman for the Northern District of Ohio and Acting Special Agent in Charge Jeff Fortunato of the FBI’s Cleveland Division.

“Damon Joseph was allegedly inspired by ISIS’ call to violence and hate. He planned to attack the victims, based on their religion, at a Toledo-area synagogue in the name of ISIS, and hoped that it would lead to the deaths of many and spread fear,” said Assistant Attorney General Demers. “His alleged actions would be an assault on the liberties and respect for humanity we hold so dear. We will continue to make every effort to prevent such attacks from occurring. I commend the agents, analysts, and prosecutors who identified the threat posed by this defendant and took action to protect the public from his plans.”

“This man spent months planning a violent terrorist attack on behalf of ISIS here in the United States, and eventually targeted a Jewish synagogue in the Toledo area,” said U.S. Attorney Herdman. “The charges describe a calculated man fueled by an ideology of hatred and intent on killing innocent people. The FBI, our police and Justice Department employees are to be credited for working to stop the defendant before he could act.”

“In a matter of months, Damon Joseph progressed from radicalized, virtual jihadist to attack planner,” said Acting Special Agent in Charge Fortunato. “He ultimately decided to target two Toledo-area synagogues for a mass-casualty attack in the name of ISIS. Joseph will now be accountable in a court of law for his pursuit of a violent act of terrorism upon our fellow citizens attending their desired house of worship.”

The FBI caught sight of Joseph earlier this year when he posted pictures “of knives and firearms on his social media accounts, as well as a photograph originally distributed by the media wing of ISIS.”

That is when undercover FBI agents got in touch with Joseph. He allegedly told these agents he supported ISIS and hated that the mosque he attended criticized the terrorist group.

Joseph stated he would be willing to participate in violent attacks and operations. For example, on October 21, Joseph expressed support for “martyrdom operations” and stated: “what must be done, must be done” and “there will always be casualties of war.”

Joseph continued stating he wanted to participate in an attack on behalf of ISIS. On Dec. 2, he forwarded a document that laid out his plans for an attack, using the name “Abdullah Ali Yusuf” for himself. In the memo, he described plans to attack where the most people are gathered, inflict mass casualties and make sure no one escaped.

Joseph then stated that he did not see this necessarily as “a martyrdom operation” as his plan accounted for an escape and potential combat with law enforcement.

On Dec. 4, Joseph stated he was deciding between two synagogues in the area to attack. He stated the choice would depend on “Which one will have the most people, what time and what day. Go big or go home.”

Then on December 5, Joseph told an undercover agent that he wanted to do a mass shooting at two possible synagogues and even described “the types of weapons he believed would be able to inflict mass casualties.” This included AR-15s and AK-47s.

Joseph decided the next day to only attack one synagogue due to logistics and that he must kill a rabbi:

Also on Dec. 6, Joseph wrote the name and address of the synagogue where the attack was to occur. Joseph stated he had conducted research to determine when the Jewish sabbath was so that more people would be present. Joseph pulled up photographs of the inside of the synagogue and said he wanted the attack to begin in the sanctuary. Joseph told the undercover agent that he would hide two AR-15s at his house once the undercover purchased them.

Later that day, the undercover agent told Joseph that he purchased rifles for the attack. The two met on Dec. 7 at a predetermined location and Joseph took a black duffel bag carrying two AR-15 type weapons.

Joseph was arrested on Friday evening. There was no co-conspirator, the FBI said, and they said that the public was not in danger, as the plot was thwarted before it could come to fruition.

Joseph waived his right to preliminary hearing in federal court Monday afternoon. Now his case heads to the grand jury. He remains in detention.

Can you just imagine the disgust of being a pathologist assigned to autopsy that greasy looking thing? Nasty.

While true, greater accuracy and more informative would have him described as “a Muslim living in Ohio.” But doing that would put Muslims and Islam in a bad light, so no can do.

The MSM is fooling fewer and fewer. That Islam is a cancer is being recognized more and more notwithstanding the duplicity of the left.

I think almost everyone recognized muslims as cancer on September 12th, 2001.

But for some reason, the establishment, a/k/a George Bush, decided to lie to us about the “Religion of Peace.” But, maybe he meant to say religion of “pieces.” Who knows?

If Mohammad was currently alive, he would be an imprisoned criminal, as would his followers. Islam needs to be treated as a subversive cult, not a religion.

Well. Sounds like he’s ready for a leadership position on Ocasio Cortez’s presidential campaign team. Welcome to the Bigs, Damon!

Toledo Jihadist. Sounds like a professional wrestler or a hybrid form of weed.

and hated that the mosque he attended criticized the terrorist group

Never heard of such a mosque. I wonder if it’s the only one.

No, it is far from the only one. Most mosques are like that. The problem is that it’s far from all mosques, which it should be.

With the election of the likes of Hitler-Cortez, this is just the beginning, folks.

Okay, I admit it. I don’t get it. Joseph is clearly a mental defective or at least qualified to be a cast member in a 3 stooges comedy. What capable real terrorist broadcasts his intentions on social media? Let us hope the FBI will be as competent catching in the radar public mass killers as they are catching loud mouthed terrorists. So far they have not.

He is misunderstanding that Islam is a religion of peace. Why I think their anthem should be John Lennon’s Imagine.

Geez, the prejudice…look at his beard. He’s obviously Amish and yet another example of the Amish violence that besets our land.