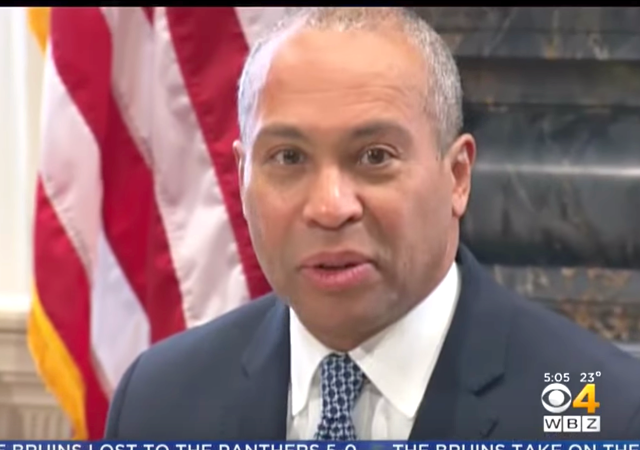 Now that midterms have ended our eyes have strayed to the 2020 presidential election. The Democrats have shown eagerness to do all they can to unseat President Donald Trump.

That eagerness means anyone with a D after their name will say anything to get their name out and most of us respond, “Who are you?”

For example: Former Massachusetts governor Deval Patrick announced he will not run for president in 2020.

I work in politics and I barely know Deval Patrick. He is a close ally of former President Barack Obama and tried to grow his brand during the midterms. From Politico:

A close ally of former President Barack Obama, the Democrat rejoined the private sector at Bain Capital after serving two terms as Massachusetts’ governor. But he ramped up his political activity this fall in advance of a possible presidential bid, traveling to a handful of races across the country.

Close advisers to Patrick launched a new political action committee in August, the Reason to Believe PAC, aimed at “promoting Governor Patrick’s positive vision for Democrats to rally around in 2018.”

Patrick, who was encouraged by members of Obama’s inner circle to run in 2020, met with the former president earlier this year as part of Obama’s string of meetings with prospective candidates.

Patrick‘s supporters saw him as having the right resume to challenge Donald Trump — someone outside the fray of Washington politics, with a background in business but also as a seasoned prosecutor, a mix of experiences that could blunt some Republican attacks. His relentlessly upbeat style and lofty rhetoric could serve as an antidote to some of the bitter divisions of the Trump era, they said.

But even Patrick acknowledged that his name isn’t as big and fancy as others expected to enter the field. From CNN:

Patrick also expressed concerns about standing out in what is expected to be a wide-open Democratic field.

“It’s hard to see how you even get noticed in such a big, broad field without being shrill, sensational or a celebrity,” Patrick told David Axelrod, a former top Obama adviser, in September. “And I’m none of those things and I’m never going to be any of those things.”

Patrick has a point. A Morning Consult/Politico poll from November found that nobody selected Patrick as their choice for the Democratic 2020 nominee. Others who received 0% included former Attorney General Eric Holder, Michael Avenatti (who decided not to run), and Rep. John Delaney (D-MD).

Delaney announced in July 2017 that he planned to run for president in 2020.

Massachusetts Sen. Elizabeth Warren has had her name tossed around, but some believed Patrick would be a better candidate than her. From The Hill back in September:

Both Patrick and Warren are considered potential candidates for the Democratic presidential nomination in 2020.

The poll’s results were based on interviews with 500 likely voters in the state between Sept. 13 and Sept. 17. The margin of sampling error for the poll was 4.4 percentage points.

Patrick received support from those “who helped Obama vault into the White House in 2008.” Obama’s former senior advisor gushed over Patrick to the New Yorker, claiming that he “would make an outstanding President” and the men “are very much alike in terms of their core values, what drove them into public service, their willingness to lend a hand, the responsibility to give back.”

Remember when the media went insane over Melania Trump plagiarizing Michelle Obama? Well, a few publications reminded everyone that history has a long list of those who have plagiarized others. That list includes Obama plagiarizing then-Gov. Patrick in 2008. From Boston Magazine:

Of course, we’ve been through this in Massachusetts before, too, although the circumstances were very, very different. Flashback to 2008, when Hillary Clinton’s campaign, then battling with Barack Obama’s for the Democratic nomination for president, accused Obama of stealing lines from then-Governor Deval Patrick.

A rundown, as presented by CBS at the time:

Obama’s speech Saturday sounded similar to a speech given by Patrick in his 2006 campaign for governor, according to the video.

Patrick used many of the same phrases in his speech.

I though I heard he had found some cushy job, why extend yourself ?

He has served as managing director for Bain Capital since leaving the governor’s office.

Of course, it’s where all former M Governors go to die.

“It’s hard to see how you even get noticed in such a big, broad field without being shrill, sensational or a celebrity — and I’m none of those things and I’m never going to be any of those things,” Patrick told David Axelrod

This speaks well for him. The Democratic Party is looking for a sacrificial lamb, and he’s not falling for it.

Patrick’s a funny case. Unlike far too many D’rats, he appears to have good intentions, and is not entirely motivated by devotion to the Borg collective, or even by the old D’rat standby, outright corruption. But he’s spectacularly stupid, far beyond even the norm for our brain-challenged political class. His totalitarian proclivities lead him to flex legal muscles he doesn’t (or shouldn’t) have, all in the interests of failing to solve a transient crisis. Were he a bit smarter, he’d know better than to try. His spectacularly expensive—and futile—efforts to catch Tsarnaev are the stuff of legend, and his draconian fiats managed to turn a merely annoying February blizzard—normally no cause for panic in New England—into a near-catastrophe. The man is definitely not nuclear-codes material.

The D’rat field is so dismal right now that I’m starting to think the big money donors may sit 2020 out, and save their big efforts for later. There’s no rush; the socialist revolution can wait another four years.

Would he wear a feather is Fauxcahontas offered him an option?

With this news, I’ve lost my will to live…

Patrick was a fast-rising star in the Clinton administration, certainly seen as a future Presidentabile. Round about 8 years ago I thought it more likely than not that he would be the 0bama machine’s candidate in 2016, to scr*w Hillary Clinton. Then his popularity dropped so low he decided not to run again, and he his state to a Republican; not good for the messiah image.

Well if I absolutely had to choose between Massachusetts Democrats for a presidential run, Deval Patrick draws more water than the Little Indian Princess. On the other hand that choice is really between the least obnoxious of two weasels. Heck I’d vote for Michael Dukakis before either of these two.

It will be Trump v Wookie. No dem can beat the Wookie.

I don’t think so. There is nothing likable about Hillary and now she has nothing to offer. She’s a two time loser and it would not surprise me to see her indicted for her crimes before the conclusion of Trump’s first term.

OTOH, we could all get likely and she could have the decency to die from whatever diseases of which she seems to greatly afflicted.

Um, Hillary is not the “Wookie”.

Um…Mrs. Obama is the chosen one to run. Take that to the bank. The VP is the question.

Here in Massachusetts we still don’t know who he is.

Gee, Biden and Patrick could run on the plageruism platform. What a loss!