Sales of the humorous song soar in a holiday backlash to the ban. 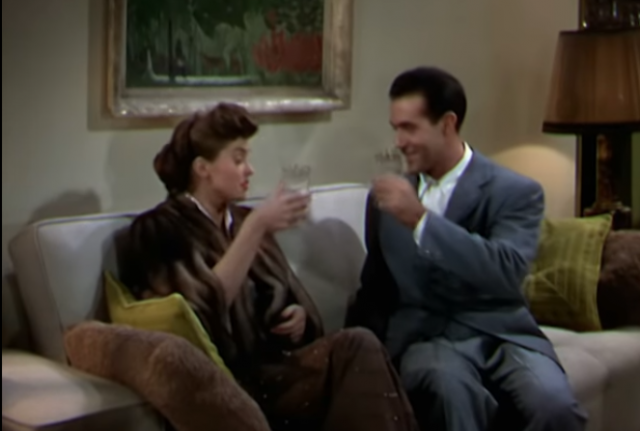 Thanks to social justice warriors the go-to song for this holiday season is, “Baby, It’s Cold Outside”.

After being banned from several radio stations in the wake of #MeToo hysteria, the jazzy tune is returning to the airwaves. Surprisingly, one of those stations is in the Bay Area.

In San Francisco, the KOIT radio station said it would return the song to its playlist following a vote of its listeners, with a reported 77 percent voting to keep the song.

“After hearing from thousands of Bay Area listeners via polling, phone calls, emails and social media, KOIT has concluded that the vast majority consider the song to be a valuable part of their holiday tradition, and they still want to hear it on the radio,” KOIT Program Director Brian Figula said in a statement on Monday.

Colorado listeners will be able to savor the song as well.

In Denver, the vote was even more outsize: 95 percent of those who responded wanted KOSI to keep playing the popular seasonal ditty.

“We value the opinion of all our listeners and appreciate the feedback we received,” said KOSI program director Jim Lawson in a statement on Fox31. “Respondents voted 95 percent in favor of us keeping the song as part of KOSI 101.1’s tradition of playing all of your holiday favorites. While we are sensitive to those who may be upset by some of the lyrics, the majority of our listeners have expressed their interpretation of the song to be non-offensive.”

Of course, some radio station managers retained both their sense of humor and perspective in light of recent social justice high jinks.

…[B]rand managers for holiday stations in Iowa’s two largest cities — More 104.1 KMYR in Des Moines and 104.5 KDAT in Cedar Rapids — tell the Register that neither plan to cut the tune from its holiday rotation.

“… (T)here are those who are genuinely offended by the song, and to them I say: I understand and I’m sorry if you are offended,” Mike Ferris, KDAT brand manager, wrote in a post on the station’s website.

In the statement, Ferris continued to explain he believes the majority of listeners want the song on air: “…(many) understand the difference between the flirty playful nature of the lyrics and harmful manipulation. Most would agree that this song’s lyrical intention was not originally meant to be interpreted as creepy or manipulative.”

Deana Martin, daughter of Dean Martin and a professional singer herself, says she planned to continue performing the song despite the recent drama.

“’Baby, It’s Cold Outside’ is a cute, flirtatious and romantic song written by Frank Loesser in 1944,” Deana, 70, told Fox News. “It won the Oscar for ‘Best Original Song’ in the 1949 film ‘Neptune’s Daughter.’ It’s been recorded by dozens of the world’s top recording artists for over 60 years, including my dad Dean Martin… This song is included in his very successful 1959 ‘Winter Romance’ album and I’m very proud that it has become an evergreen favorite that is played every holiday season.”

“…I personally love performing ‘Baby, It’s Cold Outside’ and will continue to do so,” Deana said.

Amusingly, sales of soared in response to the ban.

Despite the bans, several versions of the song surged in sales and streaming and continued to draw airplay on the radio in the latest tracking week, according to Nielsen Music.

According to Billboard, three interpretations of “Baby It’s Cold Outside” appear on their Holiday Digital Song Sales chart dated Dec. 15, which is the most of any title.

In fact, I purchased “Neptune’s Daughter after viewing this clip featuring one of my favorite actors, Ricardo Montalban.

During our annual Christmas show on Canto Talk, our guest today was Rik Fox, an iconic American heavy metal bassist. He shared his disdain for the ban, as well as his concern about the corrosion of both American humor because if political correctness.

Our show also included a look at Polish Christmas traditions and news that Rik has joined the band Angeles and will be playing at the legendary Whisky-A-Go-Go. It’s a HOT show, so emjoy!

Cold, yes, but not frigid. Baby, it’s a winter wonderland.

Play this very sexy version by Ann-Margret and Al Hirt.
It will drive the virtue-LESS morons over the cliff!

I am not up on this. What was the problem?

The song is little more than a parogy of the societal expectations of the time in which it was written. The man wants the woman t stay, not a surprise. The woman would like to stay, but societal expectations require that she leave, in a seeming blizzard. After trying to convince herself that she should leave, regardless of the weather conditions, the lyricist actually pokes fun at the repressive mores of the time. She eventually convinces herself to do what she actually wants, to stay, because, “it’s cold outside”.

Nowhere in the song does the man force the woman to stay. And, in today’s society, her behavior should be seen as being empowering of women. She chose to do what she wanted to do, not what she was constrained from doing by society.

To view this as portraying harmful manipulation of a woman is incredibly demeaning to women. It is tantamount to claiming that women are too stupid to make their own decisions and will do whatever a man tells them to do. Frankly, this has never been MY experience where women are concerned.

This attempt to ban the song was nothing more than an attempt to impose an insane point of view upon the rest of society.

“To view this as portraying harmful manipulation of a woman is incredibly demeaning to women. It is tantamount to claiming that women are too stupid to make their own decisions and will do whatever a man tells them to do. Frankly, this has never been MY experience where women are concerned.”

SJW’s modus operanti is that people are too stupid to think for themselves and make their own decisions.

Progressives oppose any kind of passion except passion for socialism. If men and women are thinking about making love they are NOT thinking about the Glorious Socialist Revolution. If a man can’t get any action in the sack with a hot babe, progressives want him to settle for curb-stomping “racists”. And a woman who has no romantic pursuers will too often pursue a love affair with Big Daddy government.

Of all of the vile, obscene, and misogynistic Rap “songs” that are played and sold by the millions out there, some find fault with a harmless decades old show tune. Narrative and priorities are evident.

In the insufferable age of hashtags, the subtle art of seduction has been erased by graphic pr0n, hook up culture, and sexual consent agreements which list detailed actions which must be continually affirmed.

In such an intimidating and robotic environment, is it any wonder the snow flake generation cannot ‘understand the difference between the flirty playful nature of the lyrics and harmful manipulation?’

It makes me glad I came of age when both girls & boys understood ‘night moves’ and more than welcomed them.

I’m just old enough to remember the days of elegance and romance but not old enough to have lived in them. I’ve been living through the descent into equality without virtue, virtue signalling without having to be virtuous. The nothingness of everything. The world has become a creepy, loveless, upside-down place.

My favorite version of this song (so far, anyway) is this one from 1957, by Ray Charles and Betty Carter:
Baby It’s Cold Outside https://g.co/kgs/Q7KGmX

In John chapter 6 people “took offense” with Jesus over something He said. Rather than apologize, He reiterated. Realistically, had He apologized, He’d have done so for speaking His Truth.

It got me to thinking that offense is not given by the speaker, rather, offense is taken up by the hearer.

It is so much more peaceful for a person to refuse offense, than try to control everyone’s speech and behavior. What surprises me is mental health experts never seem to challenge the offended with the simple truth that they are responsible for their own feelings and their reaction.

That people choose outraged and respond in kind says to me they’re emotionally immature.

Fascism on the rise in America.

Of course, the Hitler-Cortez’s of the left ignore the likes of this:

These people have to be met head-on, with the greatest of resistance. Give them an inch, and they will take a mile of our freedom. Once they get a mile, forget about our country.

Client of mine owns a couple stations. He turns one over to Xmas/Hanukkah music Thanksgiving weekend. He is play Baby it Cold by different duos on the hour. Everyone loves it.

Goose-stepping, Leftist totalitarians want to flex muscle and exert control over every facet of daily life, from the substantive to the seemingly innocuous. They want to be able to tell us what kind of cars we can drive, what foods we can eat, how much money we can earn, what the sanctioned lexicon is, and, what music we can listen to. Among other totalitarian urges.

This is not innocuous behavior. It starts with the popular culture, and works its way to more significant realms.

Ina related topic, i cam across a few of these Christmas “adult oriented” videos. This is especially funny https://youtu.be/2QumSLdE2c4?t=99

God help them if they try to mess with “Walking Around in Women’s Underwear.”

I’ve got a solution for humans who imagine heteronomativitey is a problem.

OK. Here it is. Wait for it. And, gay people, I think you’ll like it too as it beats importing Muslims.

Are you ^%$#ing )[email protected]#ng me? The only reason we’re here is that your dad sexually obfjectified your mom. And your mom, make up and perfume and all, let him.

If you are arguing against heteronomativity, your very existence is proof that I am right and you are wrong.