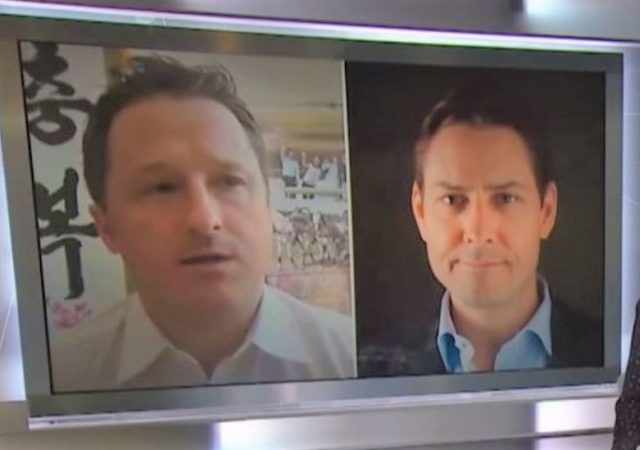 We have been following the legal case of Meng Wanzhou, the chief financial officer of China’s telecommunications giant Huawei, who has been accused of conspiracy to defraud banks after the company allegedly skirted sanctions on Iran.

After being arrested in Canada, she faces extradition to the United States. The judge overseeing the case granted Meng bail and set forth a number of other conditions to prevent her flight from the Vancouver area.

Justice William Ehrcke, who presided over her three day bail hearing in Vancouver, set her bail at C$10m (£6m) and placed several other conditions including surrendering her passports and agreeing to remain in British Columbia.

She must reside in one of her two Vancouver properties between 11pm and 6am, pay for her own security, and will be tracked electronically via an ankle bracket, said the judge.

Huawei said: “We have every confidence in the Canadian and US legal system will reach a just conclusion”.

The company is not cutting back on any of its ambitions in the wake of this development.

The company is investing massive resources in next-generation technology, seeking to replicate the success it has had in other areas. Over the past decade, the closely held firm has quietly emerged as a titan in networking and telecom gear, now second only to San Jose, California-based Cisco Systems Inc.

Then Huawei entered the smartphone market, and in a surprise to most observers toppled Apple Inc. in market share earlier this year. In the September quarter, the Chinese company had 15 percent of the world’s shipments, trailing only Samsung Electronics Co., according to data from IDC. Just two years earlier, it had about 9 percent of the market.

Huawei’s technical expertise, combined with its ties to China’s blue-chip firms and government, could let it engineer another surprise in what many see as the critical backbone of future technology.

Meanwhile, the Chinese have countered this move by detaining two Canadians.

Foreign ministry spokesman Lu Kang addressed the matter on Thursday, saying the pair were “suspected of engaging in activities that threatened China’s national security” and had been put under “compulsory measures”, a usual reference to custody.

Mr Lu said the “legal rights and interests of these two Canadians have been safeguarded” and that the two cases were being investigated separately.

Asked if the detentions were in response to Ms Meng’s arrest, he said they were part of an “operation taken by China’s relevant national security authorities in accordance with the laws”.

Kovrig is an analyst on northeast Asia for the International Crisis Group, a think tank, who took a leave of absence from the Canadian government and is based in Hong Kong.

Spavor runs tours of North Korea along with sports, business and other exchanges through his company, Paektu Cultural Exchange. He has ties to figures in the North’s government, including leader Kim Jong Un and was instrumental in bringing NBA player Dennis Rodman to the North’s capital Pyongyang in 2013.

…Canadian officials have not been able to contact Spavor “since he let us know he was being questioned by Chinese authorities,” Canadian Global Affairs spokesman Guillaume Bérubé said Wednesday. “We are working very hard to ascertain his whereabouts and we continue to raise this with the Chinese government.”

Kovrig is an analyst on northeast Asia for the International Crisis Group, a think tank, who took a leave of absence from the Canadian government and is based in Hong Kong.

While I don’t think China is worried about the retaliatory detentions, there are signs that its economy is contracting significantly. The legal status of an executive may be the least of its worries.

More important, how is it that Trump has zero control over the FBI and DOJ?

The issues trump faces right now is that he listened to Reince Priebus and Ryan early in his transition. they spiked the deck with GOPe recommendations that were one step from anti trumpers. Add to that all the holdovers and poison pills from the previous administration that the above two recommended keeping and now you can see why this has been so difficult.

“he should have treated it like a hostile take over and canned everyone and rebuilt from the ground up.”

Even then it’s a longshot. I give it less than a 50% chance of succeeding. People are incredibly ignorant. And the resources of the corrupt feds are a mile long. This is no easy task and one that is less than likely to be successful.

Canada can do little about it with one exception, the same one open to all western countries under the American protective umbrella –

Turn the Chinese ships with their 50 billion Canadian imports around.