The administration claims the goal of the new rules is to dissuade asylum-seekers from entering the country illegally and encourage asylum-seekers to do so properly at a port of entry. 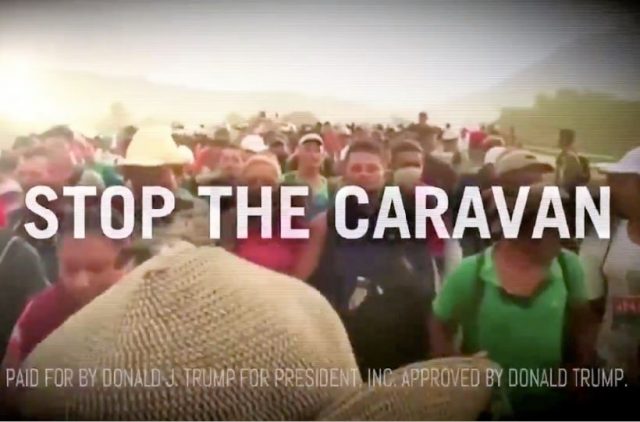 Friday, the Trump Administration issued a proclamation via the Department of Homeland Security that makes it more difficult for illegal border crossers to obtain asylum status once inside the US.

The administration claims the goal of the new rules is to dissuade asylum-seekers from entering the country illegally and encourage asylum-seekers to do so properly at a port of entry.

The new restrictions will apply for 90 days, but could end earlier, officials said.

Under international law, however, asylum-seekers are permitted to make a claim regardless of where they enter.

The administration was expecting lawsuits to be filed, which could keep the new policy from going into effect, but officials told NBC News that they expect the Supreme Court will eventually uphold their right to block asylum seekers with Justice Brett Kavanaugh now on the bench.

Immigrants crossing between ports of entry will still be allowed to claim asylum, but will have to prove that they meet a higher bar than a “credible fear” of returning to their home country, the current preliminary test. Under the new rule, the officials said, asylum-seekers will only be permitted to remain at large in the U.S. as they await a court hearing if they can prove “reasonable fear” or that they are protected under the U.N.’s Convention against Torture.

Within hours, the ACLU along with the Southern Poverty Law Center filed a complaint Friday, challenging the new rules, and seeking an injunction.

“The new asylum ban is flatly unlawful and may result in many people being sent back to danger,” said Lee Gelernt, deputy director of the ACLU’s Immigrants’ Rights Project.

“Neither the President nor the Attorney General may override the immigration laws enacted by Congress,” Gelernt said. The ACLU, along with the Southern Poverty Law Center and the Center for Constitutional Rights, filed the lawsuit on behalf of several refugee and immigrant advocacy groups in federal court in Northern California on Friday.

The Trump administration said the president had acted with “clear legal authority” and blasted the lawsuit as defending the rights of immigrants to enter the U.S. illegally.

“The president has the right to suspend the entry of aliens if he determines it to be in the national interest – and that is what President Trump has done,” the Justice and Homeland Security departments said in a joint statement Friday evening.

They aren’t going to be “sent back to danger”. They ARE the danger.

to be overturned by a Federal judge Monday morning

I’m no lawyer, but I think the Ninth Circuit might lose on this one. Sounds like a REASONABLE regulation.

You are correct. I would be surprised if it gets to Monday to be overturned, but it is the President’s perogative. It will be fun to watch.

I appreciate what Trump said today…paraphrasing “we want legal immigration, not illegal”.

We should be focusing our attention on correcting the process to become a legal immigrant, and prosecuting the hell out of the illegal immigrants.

Something about asylum at the first port of entry….

“Under international law, however, asylum-seekers are permitted to make a claim regardless of where they enter.”

As if we care about international law. Other that RBG of course…

Of course we care about international law, to the extent that it exists. Which isn’t very much.

Is there anything a POTUS can do that precludes someone stupid NGO somewhere from immoderately doling a lawsuit? Aren’t there some things that are under POTUS purview that people don’t get to do anything about??

Yes, but it would be a court that determines that.

Under international law, however, asylum-seekers are permitted to make a claim regardless of where they enter.

What “international law”? What on earth are they talking about?

A few years ago an American marine made a wrong turn at the border and wound up in Mexico. They immediately threw him into jail. Created quite a stir and Mexico let it be known they protected their sovereignty. US had difficult time getting him released. Wonder why the caravan is able to walk through, get transportation, food and a stadium to sleep in.

Because they don’t want them either, and they have the testicular fortitude to back up their laws (while simultaneously criticizing ours).