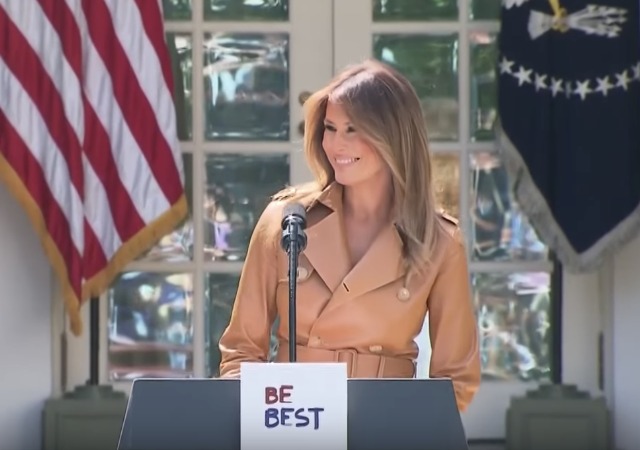 It’s great that the First Lady is doing something to draw attention to this crisis. Eric Bolling, who lost his son to opioids will also be there.

First lady Melania Trump will travel to Lynchburg, Va., next week to participate in a town hall-style event at Liberty University on the opioid epidemic, three people familiar with her plans told POLITICO.

The Wednesday event is expected to feature Trump, Health and Human Services Secretary Alex Azar and Homeland Security Secretary Kirstjen Nielsen, who is battling speculation that she could soon be removed from her Cabinet-level post. It will be moderated by conservative political commentator Eric Bolling.

The former Fox News anchor emerged as an advocate for combating opioid abuse following the death of his teenage son last fall from an accidental drug overdose. Bolling will also be joined by Dianna De La Garza, mother of singer-songwriter Demi Lovato, 26, who was hospitalized in late July following an apparent heroin overdose.

Reached by text message on Tuesday, Bolling said he is “honored to join forces with First Lady Melania Trump to fight the opioid epidemic sweeping the nation.”

The White House declined to provide details of the first lady’s travel schedule, but a high-level official at Liberty University said Trump “has confirmed twice that she will be there and will be participating.” A second source close to the event described the first lady’s attendance as “a done deal.”