“aims to chill the constitutionally protected speech and newsgathering activity” 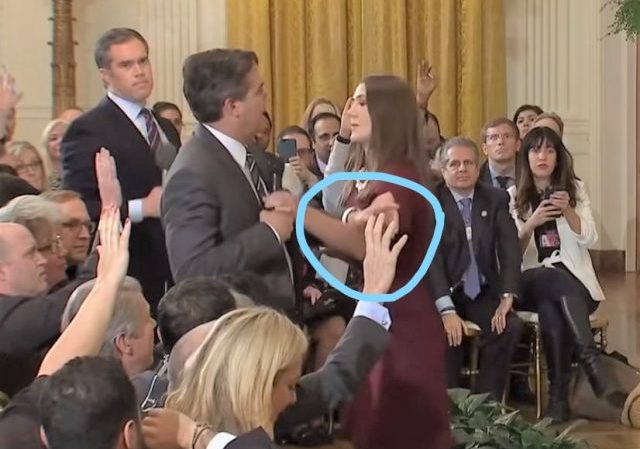 Let’s face it, this would be more newsworthy if Georgetown had not sided with CNN and Jim Acosta.

Georgetown University’s law institute filed an amicus brief Tuesday in support of the recently announced lawsuit by CNN against the White House.

The Institute for Constitutional Advocacy and Protection at Georgetown Law and the Reporters Committee for Freedom of the Press filed an amicus brief in support of the lawsuit filed by CNN and reporter Jim Acosta, against the White House after Acosta’s press credentials were removed.

“To dislike Acosta’s and CNN’s reporting is President Trump’s prerogative,” the brief argues. “But to retaliate against them by revoking Acosta’s White House security credentials (sometimes called a ‘hard pass’) tramples on the Constitution.”

“Such retaliatory action not only harms CNN and Acosta but also aims to chill the constitutionally protected speech and newsgathering activity of other journalists whom the public depends upon to question government officials vigorously and to report candidly on the responses,” the document continues.

The document argues the initial White House claim that Acosta physically placed his hands on a White House intern, who was attempting to take the microphone away from him, was a “pretextual” excuse.