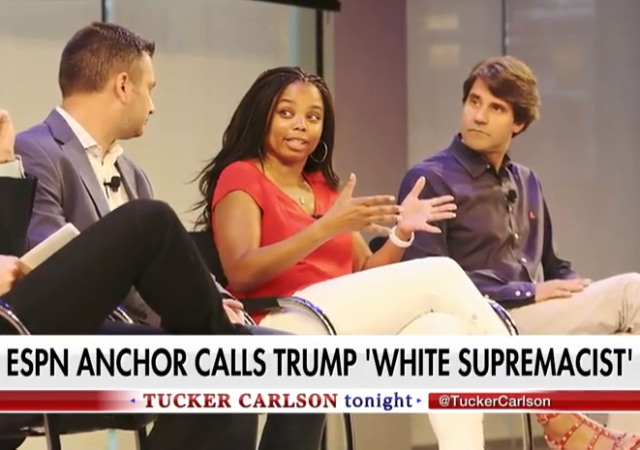 Things went exactly as you would expect here. Note the preferred use of language. Does this sound diverse?

Naturally, she did not mean ideological or political representation.

The former ESPN reporter who is now with The Atlantic lamented how the lack of racial and ethnic diversity has affected coverage of the coming midterm elections, according to The Hatchet.

Though the report refers to Hill as an “award-winning journalist,” it does not note that she was forced out from ESPN due to her continual injection of politics into the sports network’s programming.

Hill told the audience of about 250 that she became a journalist “tell the truth” and “tell stories.” She criticized newsrooms for not “reflect[ing] what they’re covering,” meaning issues regarding non-white communities like “voter suppression.”

Since it is the the most common item brought up by the mainstream media when covering “voter suppression,” Hill presumably was referring to various voter ID requirements with regards to “suppression.”

Here’s where a little newsroom ideological diversity would crush Hill’s point: How often have you heard in the media that voter ID requirements are overwhelmingly supported … by minorities?

Here’s a voxsplain that actually demonstrates that her talking points are out of date. Of course, they still have to yadda yadda racism, but they make the left also eat a lot of crow: