It’s hard to imagine the Israelis exposing a team of special forces to capture within Gaza just to target Hamas. The stakes must be bigger. 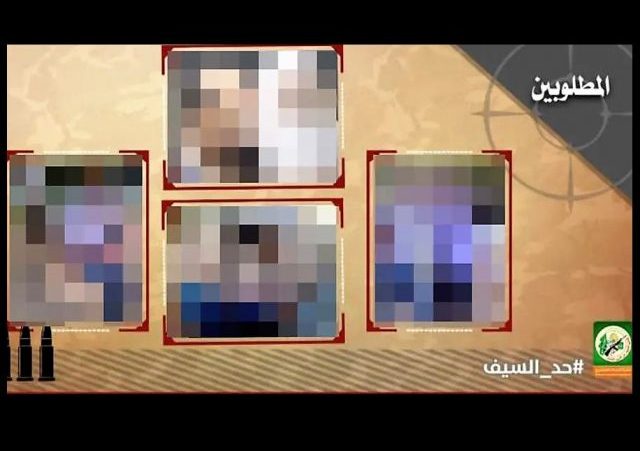 When news first broke that Nur Barake, a senior Hamas operative responsible for attack tunnel construction, was killed in an Israeli commando operation in Gaza, it was assumed that the operative was the target.

In the ensuing firefight, six more Hamas operatives were killed, as well as an Israeli special forces soldier. That soldier, along with a wounded comrade and others in the raid, were extracted from Gaza in a rescue mission under heavy Israeli air cover.

We wrote about the raid on November 11, 2018, Israeli Commandos Kill Hamas Tunnel Chief in Gaza. 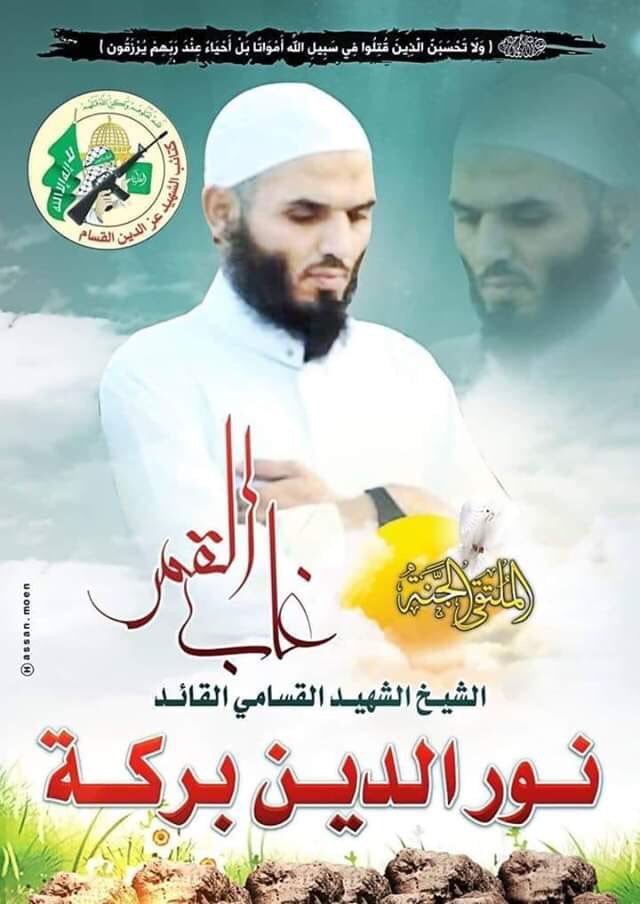 Since then, things have played out like a spy novel. From public statements and reports, it appears that the raid was not an assassination effort, but an intelligence gathering operation. The firefight and deaths happened when the Israeli team was discovered.

It’s hard to know what’s true and what’s disinformation.But reading between the lines, this appears to have been an important operation and not a one-off. Haaretz reports that Hamas is claiming the team was there to plant listening devices:

Al-Haya also suggested that the special forces were trying to “build something” in Khan Yunis, saying that Iz al-Din al-Qassam, Hamas’ military wing, was “there to block them.”

A Israeli TV station reports that Hamas officials suspect Israel has been operating a base inside Gaza, and Hamas is turning itself inside out trying to figure it out. The Times of Israel reports:

Gaza’s Hamas rulers are in some disarray after their chance discovery of Israeli special forces in a raid last week, and fear that elite Israel troops have been operating for an unknown length of time under their noses in the Strip, including running a base, an Israeli TV report said Friday.

According to the Hadashot news report, which it said was broadcast under the careful scrutiny of the Israeli military censor, Hamas is struggling to figure out exactly what the IDF team was doing in Gaza. The November 11 raid, which went awry when the undercover troops were exposed, ended in a shootout and the deaths of one Israeli soldier and seven Hamas gunmen.

Hamas forces have been carrying out random searches and setting up roadblocks in recent days as they try to find more details of what Israel has been up to in the Strip, the TV report said.

Hamas believes the Israeli troops in the incident crossed into Gaza at an official crossing point, where they would have shown identity papers of some kind, the TV report said. It indicated that Hamas believes Israeli special forces maintained a military base in a house in Gaza operating under the guise of a charity, Hadashot news reported….

Hamas is asking how long had the Israeli base been operating in Gaza, and are there others, the Israeli TV report said. Apparently, the Israeli forces had cars at their disposal — including a Mercedes and a Volkswagen — and weaponry, it added….

Hamas on Thursday further claimed that the IDF forces were from the Sayeret Matkal elite reconnaissance unit, and that they crossed into Gaza via an official border crossing. The Israeli military censor permitted publication of these claims, which were not confirmed….

The authenticity of the recordings has not been confirmed by Israeli authorities, which have remained almost entirely silent on the nature and outcome of the raid.

Sayeret Matkal is the unit in which Israeli Prime Minister Benjamin Netanyahu once served.

Haaretz further reports on how Hamas is desperately trying to figure out what the operation was and who was involved:

Hamas security forces in Gaza are searching for a van that they suspect was involved in a botched Israeli special forces operation that left seven operatives and an Israeli officer dead, Lebanese newspaper Al-Akhbar reported on Saturday.

The report said Hamas is also searching for Gaza residents who may have assisted the operation.

According to the report, Hamas’ military wing captured spy gear that the Israeli troops planned to use to wiretap the group’s internal communications system. Citing Hamas sources, the newspaper said the operation was an attempt to replace devices that were discovered several months ago.

The Jerusalem Post adds more details on the Lebanese report:

Hamas believes that some members of the IDF task force discovered by Hamas terrorists and extracted by the IDF on November 11 are still in Gaza, the Beirut-based newspaper Al Akhbar reported Saturday.

Hamas terrorists are now searching for the truck used by the IDF that was left behind during the extraction operation, according to the report.

Hamas claims that it was able to recover Israeli technology meant to tap its own communication network, and that by releasing the photographs of the IDF team members it had “hit the Israeli army below the belt.”

The photographs of the Israeli fighters were released by Hamas on Thursday, leading the IDF censor to request Israeli media outlets, as well as individual Israelis, to refrain from posting the information on social media networks, as Hamas might be attempting to use such data to gain insights into the operation and those behind it.

In an interview with the London-based newspaper Asharq Al-Awsat, Hamas officials claimed the images were collected from their own security cameras as well as those used by private businesses in the Gaza Strip.

These are the posters circulated by Hamas, which allegedly include female Israeli agents. While Israeli newspapers are prohibited from publishing them, they are all over the internet including on Twitter via the Hamas military wing Twitter account. 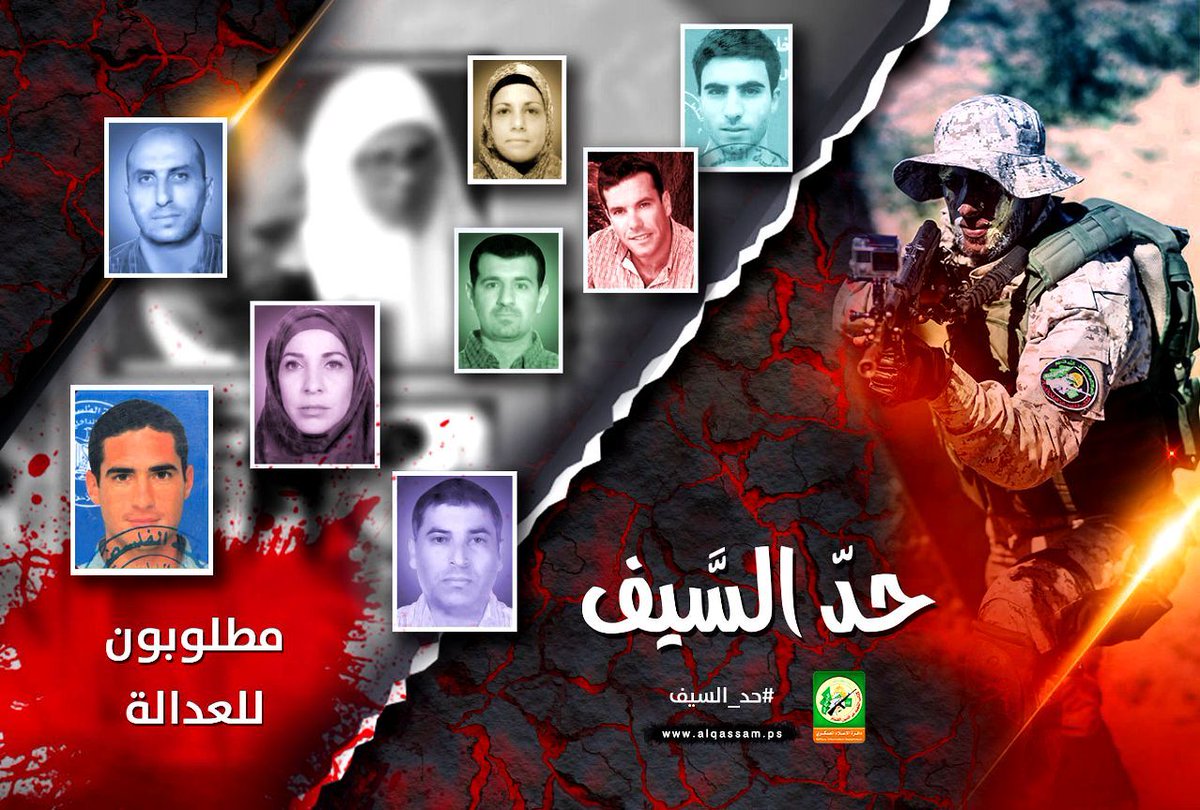 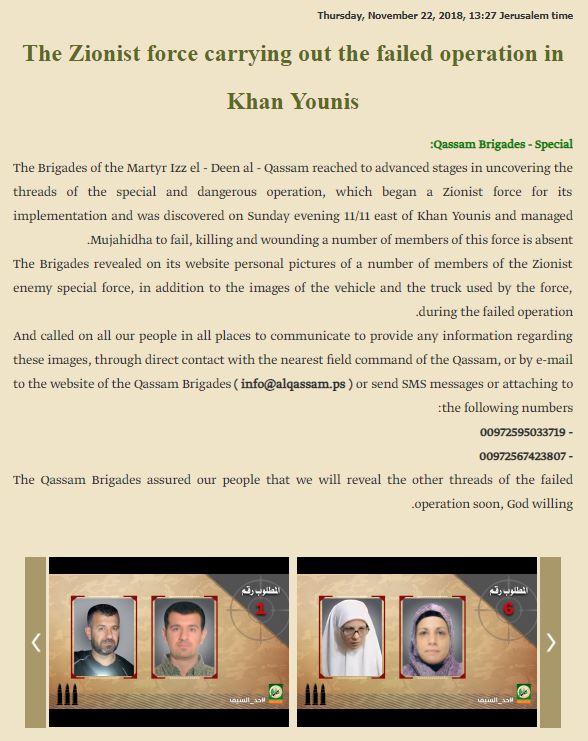 Israel is asking Israelis not to help Hamas by sharing any information regarding the people in the posters:

In a highly irregular public statement, the IDF’s Spokesperson Unit and the Military Censor asked the public on Thursday to refrain from posting pictures or information on last week’s botched intelligence gathering operation east of Khan Yunis in the southern Gaza Strip, lest they be of service to Hamas.

“Hamas is currently trying to decipher and understand the incident that took place deep inside Gaza (11/11) and any piece of information, even if it is considered harmless by those publishing it, is liable to endanger human lives and harm state security,” the IDF said.

Asking the public to “act responsibly,” the military urged that images or personal information that may have been shared on WhatsApp groups or other media platform not be redistributed.

So what really went on here? Here’s my best guess.

Given how Hamas hides behind civilians as a tactic, Israeli needs very precise intelligence to minimize civilian casualties. That means Israel needs people on the ground, not just electronic surveillance. Such boots on the ground would be particularly important in locating and targeting Iranian/Hezbollah operatives and facilities hidden within civilian infrastructure.

It’s hard to imagine the Israelis exposing a team of special forces to capture within Gaza just to target Hamas. Israel doesn’t need boots on the ground in Gaza to take out Hamas commanders.

Whatever they were doing was considered worth the risk. What would be worth the risk? Iranian and Hezbollah operatives and weapons.

Hamas is based in Qatar, And gets the support from the Wawa behalf of Saudi Arabia. Time to hit the source.

We can not immediately jump to the conclusion that, even though the IDF took casualties, the mission was a failure. As Prof. Jacobson observes, clearly the Israeli government decided that the operation was worth the risk. Obviously something went wrong. But without knowing the exact objectives of the mission and the extent they IDF commandos achieved them it’s too soon to declare it a failure.

Seriously, the fact that the operation resulted in reducing Hamas to utter confusion is in itself a sort of success. Of course, it’s too dangerous now for the IDF to operate in Gaza. Perhaps the Israelis can deploy some of its Zionist spy sharks and Zionist spy birds to fill the gap.

Sowing confusion and distrust amongst one’s enemies is always a good effect, even if not the initial objective.

time to flood that e-mail with spam, literally and figuratively.

Israel is at war, and she should act like it, public opinion be damned. That ‘public opinion’ is leftist/fascist propaganda, anyway.

If the Hamas identifications are at all accurate, this was a large group of operatives to infiltrate for a usual information gathering op. All that is required for an observation op is one or two people with a modern cell phone. If they were all involved in the portion of the op which went tits-up, then it is quite likely that this was an intelligence harvesting op, rather than one to place a covert intercept on a communication system [though that could have been a secondary objective]. And, if it was a harvesting [or retrieval] op and the hard contact went down as the team was exfiltrating the “facility” where the intel was stored or intercepted, it is probable that the Israelis now have possession of a large amount of important, if not critical, intelligence on Hamas operations. And, Hamas may not know exactly what that intelligence consists of. Also, the makeup of the infiltrators could also indicate that they comprised two identical teams with similar missions but different targets and only one target was compromised, resulting in the same problem for Hamas, lack of specific knowledge on what intel was obtained.

Another possibility is that this was a sabotage operation against C3 or emplaced weapons systems, both of which would likely be hardened and require a larger team to accomplish.

The other thing to consider is that this op involved an intelligence cell which was able to provide considerable materiel support to this team while being unknown to Hamas counter intelligence. And, intel cells are like cockroaches. If you see one, there are probably many others that you know nothing about.

This op has got to have rattled Hamas, for several reasons.

Anyway, this is good fodder for a future spy novel or movie.

You might want to check out “The Honourable Woman.” Already been done for TV. I would also suggest Hugo Blick’s other seminal work, “The Shadowline.” Series like this really makes one hate typical US TV. Oh, and series 2 of “Patriot” was just released by Prime. It and “Get Shorty” are the two best shows that no one is watching. If they were on HBO, they’d be Emmy magnets.

So good to see an expert’s contribution on military and intelligence matters.

There are a lot of pro-Hamas NGOs working in Gaza that would be very easy to infiltrate by Israeli agents.

Correction: There are a lot of pro-Hamas NGOs working in Gaza that are very easy to infiltrate by Israeli agents.

Tomorrow’s correction: There were a lot of pro-Hamas NGOs working in Gaza.