UK Supreme Court: “Nobody should be forced to have or express a political opinion in which he does not believe.” 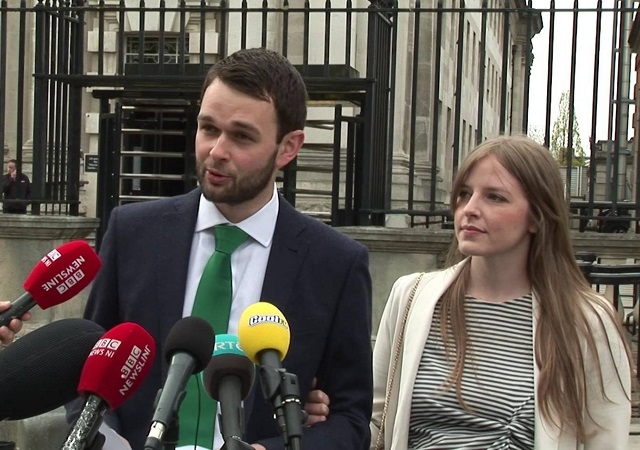 The UK Supreme Court has ruled in favor of two Christian bakers who refused to bake a cake iced with the slogan “support gay marriage.” In a unanimous ruling, the five member Supreme Court bench reversed the previous rulings, upholding a business owners’ right to freedom of expression and conscience.

“This court has held that nobody should be forced to have or express a political opinion in which he does not believe,” court president Brenda Hale said.

In 2015, a Northern Irish bakery, owned by evangelical Christians Daniel and Amy McArthur, was found guilty by a Belfast court of discrimination for declining to make a cake for an event marking the “International Day against Homophobia.”

“We did not turn down this order because of the person who made it, but because of the message itself,” bakery owner Daniel McArthur said. “Family businesses like ours are free to focus on giving all their customers the best service they can – without being forced to promote other people’s campaigns.”

A Belfast bakery did not discriminate against a gay man when it refused to bake a cake with a message supporting gay marriage, the British supreme court has ruled.

The court found that Ashers bakery, whose owners Daniel and Amy McArthur are Christians, did not discriminate against the man and did not refuse to bake the cake for Gareth Lee because of his sexual orientation, religious belief or political opinion.

“They would have refused to make such a cake for any customer, irrespective of their sexual orientation. Their objection was to the message on the cake, not to the personal characteristics of Mr Lee or anyone else with whom he associated,” the court’s president Brenda Hale said. (…)

“The bakers could not refuse to supply their goods to Mr Lee because he was a gay man or supported gay marriage, but that is quite different from obliging them to supply a cake iced with a message with which they profoundly disagreed,” Lady Hale said.

The case brought forward by Gareth Lee, member of the LGBT activism group QueerSpace, was backed by the Equality Commission of Northern Ireland, a state-run body. The commission spent an estimated £500,000, or US$660,000, of tax payers’ money to litigate against the bakers, UK media reports claim.

The lawsuit bears similarities to that of a Colorado baker who won a US Supreme Court case over his refusal to bake a same-sex wedding cake in 2012. Just like in the U.S., legal activism is seen as part of a broader push by the gay right campaigners to enforce “marriage equality” in Northern Ireland.

Northern Ireland is the only territory in Western Europe where same-sex marriage is not recognized. Activist groups are campaigning vigorously to change the existing laws. Northern Ireland-based big corporations are backing their campaign to legalize gay marriage. Last month, executives of leading multinational companies including Coca Cola, IBM and Citibank signed an open letter in support of same-sex marriage.

Nobody should be forced to have or express a political opinion in which he does not believe.

But, being punished for expressing wrongthink is A-Okay in British Jurisprudence. Really, I was surprised they gave this opinion this time.

You will find that UK courts rule in line with Islam.

notamemberofanyorganizedpolicital in reply to SpaceInvader. | October 11, 2018 at 2:00 pm

Old May is as good as an ISIS Terrorist imo…….

Justice Breyer must be confused, in that he is of the belief that decisions of foreign courts lend reason to his own decisions.

Bake the cake, yes. However, the frosting is an endorsement.

Equal, not “=” (i.e. political congruence). It should be either normalization/promotion/endorsement of couples on Natural principle, or civil unions for all consenting adults, including couplets.

No one should be compelled by law to do any service for anyone. Anything less is slavery.

#Hater !!! Obviously.
.
.
.
(I presume in the legal profession, also, there are checklists of standards for evaluating a potential client before acceptance. One element I was familiar with was potential for future litigation against a professional by a client if services are not perceived as “perfect”. Not that I would use such a quality solely in a political-difference way, but perceived emotional instability could lead one to conclude it may not be worth taking on potential litigation risk.

Certainly not quite the same circumstance for a bakery professional or an electrician, but neither should be forced to apply their skills or future time performing a particular service if they choose not to.)

I’m shocked and pleasantly surprised that this went the right way.

The solution is so simple – enter the lowly “*” and fine-print on the non-presentation side of the cake.

“*Customer requested message is NOT shared by the baker …”

Or, hide the asterisk under the cake – write it on the pedestal before placing the cake on it – imagine the creative possibilities:

“*when hell freezes over”, etc.

Great – Now Ginsburg will look to foreign law –
NOT!

Bake the cake using salt instead of sugar and shaving cream for the icing. Problem solved.

Finally, a gllimmer of sanity.

That wasn’t so hard. Why can’t American courts make it sound that simple?