The caravan broke through barriers and has entered Mexico. 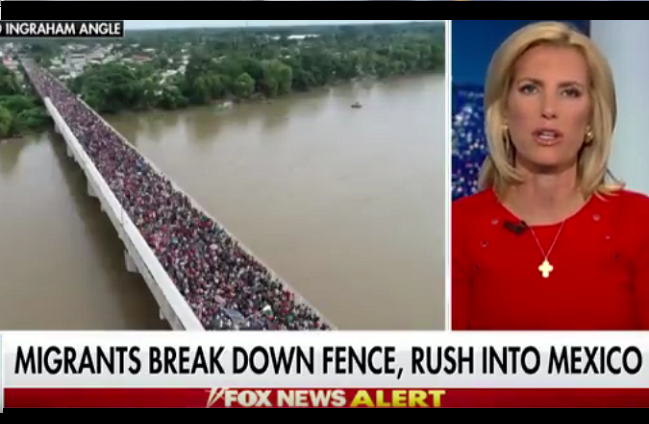 President Donald Trump tweeted this morning that the US will begin to cut and reduce aid to Honduras, Guatemala, and El Salvador due to the migrant caravan. He also described the caravan as a national emergency.

Guatemala, Honduras and El Salvador were not able to do the job of stopping people from leaving their country and coming illegally to the U.S. We will now begin cutting off, or substantially reducing, the massive foreign aid routinely given to them.

Sadly, it looks like Mexico’s Police and Military are unable to stop the Caravan heading to the Southern Border of the United States. Criminals and unknown Middle Easterners are mixed in. I have alerted Border Patrol and Military that this is a National Emergy. Must change laws!

Please stop referring to this invasion as “migrant caravan.” It is in every sense a foreign army coming to plunder.

Broke through? I think “let through” is a more accurate description. Any bets on whether Mexico helps these invaders with an express train ride to the US border? They’ve done that with other invaders.

Larry Elder brought up some questions. How are these thousands of people being fed and where are the sleeping? Who is paying for all that food? They surely did not bring a month’s worth of food with them. How did this get started? Suddenly a thousand plus people decided to leave home and walk a thousand miles to the US through two other countries?