Poland Signs US Gas Deal to Ease Dependence on Russia

Poland Signs US Gas Deal to Ease Dependence on Russia

The deal “better than the terms on which Poland was currently buying gas from Russia,” official polish sources say. 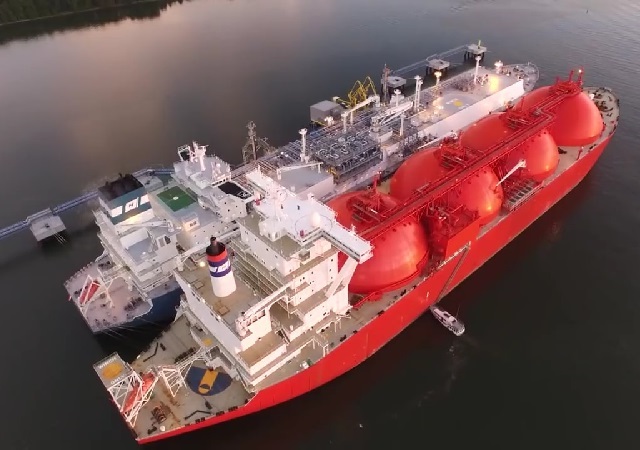 Poland has signed a long-term gas deal to buy natural gas from the United States to ease its reliance on Moscow.

Under the deal that comes into effect in 2022, Poland will import 2 million tons of liquefied natural gas each year. The Polish oil company did not disclose the terms of the agreement but confirmed that they were “better than the terms on which Poland was currently buying gas from Russia.” Currently, the country relies on Russia for nearly two-thirds of its gas needs.

The long-term energy deal is a major success for President Donald Trump’s strategy to boost U.S. gas exports. Europe “wants to import more liquefied natural gas, LNG, from the United States, ” he said in July, “We’re going to make it much easier for them, but they’re going to be a massive buyer of LNG.”

Poland’s state-run energy company PGNiG has struck a 20-year deal to buy liquified natural gas from the US, as the country pushes to reduce its dependence on imports of Russian gas.

PGNiG said on Wednesday that the contracts signed with subsidiaries of US group Venture Global LNG would provide it with 2m tonnes of liquefied natural gas (LNG) per year, or 2.7bn cubic meters of natural gas after re-gasification. The deliveries are due to start from 2022.

Poland’s prime minister Mateusz Morawiecki said that the agreements would boost both the “sovereignty” and the “competitiveness” of Poland’s energy sector.

Poland’s energy ministry, Krzysztof Tchorzewski, said the deal would help Poland diversify its gas supplies. “In the Polish context, this gas is a civilisational good,” he said. (…)

Poland imports almost two thirds of its gas from Russia, but has been working to reduce its dependency on Moscow, which showed in Ukraine that it is willing to use its gas supplies as a geo-political tool. Warsaw’s search for new suppliers chimes in with US president Donald Trump’s goal of boosting the US LNG exports.

The deal comes as Germany is betting big on a multi-billion dollar Russian pipeline project, or Nord Steam 2, to bring Russian gas to Europe. President Donald Trump has described Germany as a “captive to Russia” over its dependence on Russian energy supplies and called Chancellor Angela Merkel to reconsider investments in Moscow’s 1,200 km pipeline project. “They pay billions of dollars to Russia and we have to defend them against Russia,” Trump said during the NATO summit in July.

Poland has repeatedly criticized Germany’s role in Nord Stream 2 pipeline project on grounds of regional security. “Germany pursues a policy of alliance with Russia and they jointly want to tighten the noose around our neck with the help of Nord Stream 2,” former Polish Defense Minister Antoni Macierewicz was quoted saying in a Russian news outlet. “They want to strangle both Poland and Central Europe, and forever make them dependent on their own economic and political power.”

Given the geographical proximity, Moscow has maintains its position as the largest energy supplier to Europe since the end of the Cold War. President Trump wants to ease continent’s reliance on Russian gas supply. Since he took office nearly two years ago, Portugal and Spain have emerged as regular buyers of LNG from the United States. Britain, Italy, and the Netherlands have also purchased U.S. natural gas during this period.

Good for Poland! But there is always and forever the ‘German Problem’.

Poland could march through Germany for a change.

There’s no way this could have happened. Democrats assured me that Trump is a Putin puppet and won’t do anything to hurt Russia.

Great for all concerned except Russia. One point: It doesn’t (and can’t) alleviate the problem of dependency on Russian gas, it just transfers it to the US. Europe will always have to face the fact that they can’t supply their own energy and therefore will always be subordinate to those that can.

Poland has huge coal reserves and could also have nuclear energy. But there are other issues. The fact is most people prefer cooking with gas, it is cleaner by far for producing electricity and is cheaper than electricity for heating.

Irony. The only NatGas loading terminal in the US was built for importing Gas rather than exporting it. But, then came fracking and clean natural gas has become so plentiful that 50% of wholesale contracts last year were for transport cost only. (Basically free).

They have to do something with all of the excess gas that’s being produced. They’re already converting coal plants, but they can’t use it as fast as they are producing it because it’s a byproduct of oil production.

That doesn’t change the geopolitical situation. As long as somebody else provides their energy supplies, they’ll never be masters of their own fate. Europe has extensive nuclear capability, but they also have to get their fuel from elsewhere – and that’s also mostly Russia.

This is a long haul.