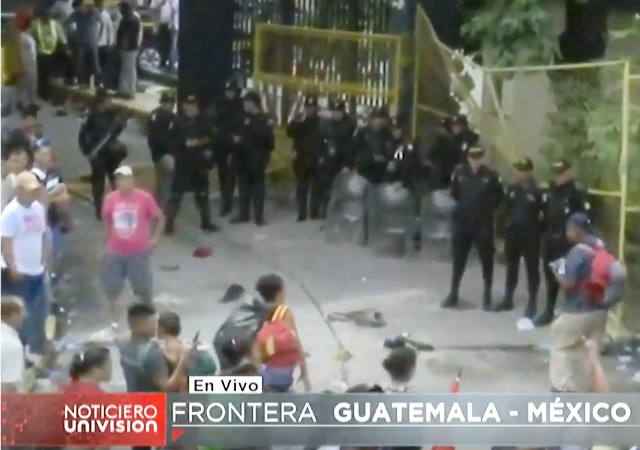 For the last couple of days, President Donald Trump has threatened to deploy our military to the border in order to stop caravans of migrants from Central America. From AFP:

Various caravans of migrants have been traveling by bus or on foot from their homeland, mostly through Guatemala, in the hope of not just reaching Mexico but heading on to the United States.

“The journey has been very tough, very difficult but there’s no work in Honduras,” said 20-year-old Glenda Salvador, a mother of two toddlers and one of the multitude of Hondurans gathering in a Tecun Uman park close to the bridge crossing from Guatemala to Mexico.

Honduran migrants gathered at the Guatemala/Mexican border and have broken through the barrier.

They are not in Mexico. They are on the bridge, still on the Guatemala side.