George Mason Prof: “Political correctness, as a movement, is a winning issue for” conservatives. 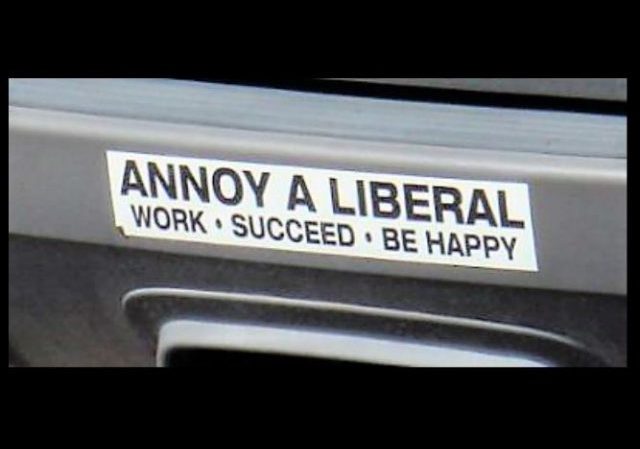 One of the jokes on Twitter is how the mainstream media deflects liberal and Democrat failings by focusing on conservative and Republican reactions.

Hence, headlines start with phrasing that conservatives and Republicans “pounce” or “seize on” or “slam” liberal mistakes.

Tyler Cowen, Professor of Economics, George Mason University, writing at Bloomberg Opinion, has a variation on that theme, The Right Finds the Perfect Weapon Against the Left.

That perfect weapon is liberal’s own obsession with identity politics, which is then used by conservatives “to destroy liberalism from within.”

The column is pretty good. Here’s an excerpt:

Imagine the perfect political and intellectual weapon. It would disable your adversaries by preoccupying them with their own vanities and squabbles, a bit like a drug so good that users focus on the high and stop everything else they are doing.

Such a weapon exists: It is called political correctness. But it is not a weapon against white men or conservatives, as is frequently alleged; rather, it is a weapon against the American left. To put it simply, the American left has been hacked, and it is now running in a circle of its own choosing, rather than focusing on electoral victories or policy effectiveness. Too many segments of the Democratic Party are self-righteously talking about identity politics, and they are letting other priorities slip….

So if you are a right-wing, conservative, or perhaps libertarian thinker, and you consider yourself an opponent of political correctness, I have a message: Political correctness, as a movement, is a winning issue for you. It is disabling some of the ideas you don’t like. You might want to celebrate in secret, but celebrate you should.

I think he has it right.

Identity politics is ripping Democrats and liberals apart. White liberal feminists regularly are attacked by non-white and even white liberal feminists for being not sufficiently woke and for using their privilege. Liberal-imposed affirmative action pits applicants of Asian descent at elite schools like Harvard against other identity groups. The #MeToo movement is consuming mostly liberal men.

Here’s another ugly truth. The biggest day-to-day losers from the political correctness movement are other left-of-center people, most of all white moderate Democrats, especially those in universities. If you really believe that “the PC stuff” is irrational and out of control and making institutions dysfunctional, and that universities are full of left-of-center people, well who is going to suffer most of the costs? It will be people in the universities, and in unjust and indiscriminate fashion. That means more liberals than conservatives, if only because the latter are relatively scarce on the ground.

And it goes on and on, with identity groups competing in zero-sum games against each other.

Is this exploited by conservatives? Not as much as it should be.

Sure, maybe we are waiting to “pounce” and “seize on” and “slam” these structural divisions, but mostly we just sit back in amazement and watch the self-destruction.

I like to pounce on, and seize, an ice cold Extra Stout.

Could you perhaps expand on this by comparing with how the liberal media deflects Hamas attacks by focusing on Israel’s reactions?

Memes work too. I never thought the phrase, “I like beer!” would annoy the Left so much as it does.

The NPC meme sure makes fun of social justice warriors. Love it!

I’ve been looking for the perfect NPC meme depicting white liberals agonizing in shame and embarrassment over their “white privilege”.

You delegitimise your very being to make a “bigger” point? There are only two logical responses to such insanity:

1. Get help immediately you self-loathing nut.

2. Shut up already and go kill yourself. You are wasting everyone’s time.

Glad I’m not the only one who does that! 😉

No,’fraid not. It doesn’t matter if identity politics liberalism is a practical and commercial failure. As long as it is enforced and subsidized by government, it will not only survive, it will dominate. It can’t stand on its own, but it doesn’t have to.

America is an “experiment in democracy”.
The problem is that the Left never imagined that they would not be in the ‘control group’.

Diversity or color judgments is ripping the left apart. Progressives’ targeting “white girls next door” is only their latest misstep.

Corey Booker must be the perfect storm then.

As well as his being the perfect example of a NPC.

The post primary conservative #NT movement is the right’s PC.

I think that’s a really good point. It’s motivated by the same preening virtue-signaling, and it persists despite being self-defeating in the long run. Interesting parallel, VaGentleman.

From “Twelve Questions for Fauxcahontas and Her Progressive Tribe” http://www.trevorloudon.com/2018/09/twelve-questions-for-fauxcahontas-and-her-progressive-tribe-part-ii-of-iii/ :

IS IT THE CASE THAT THIS WILL BECOME ORWELLIAN; THAT ALL (APPROVED) DIVERSITY CATEGORIES EQUAL, BUT THAT SOME ARE MORE EQUAL THAN OTHERS?

For example, let’s say that there’s a Black male and a White female vying for a particular job. Is it a wash for purposes of the Diversity Privilege?

Or are there demerits associated with his male status, in full or in part, nullifying the Black part, and so swinging the decision to her favor?

Does a “half & half” minority-identifying individual get the preference over a Fauxcahontas-like “one drop of blood” individual?

Does a 100% Hispanic get preference over an individual with 90% Black DNA?

What if the 100% Hispanic is of 100% White Spanish descent, does that change the analysis?

Does a “Hispanic” of White Spanish descent lose out in the diversity preference competition to a Hispanic of indigenous Central American descent? Or is it that once you’re Hispanic, you’re Hispanic?

Fauxcahontas: It’s obvious that this matrix of officially recognized diversity categories rapidly becomes complex, with innumerable potential combinations. So these questions are going to come up in our “increasingly diverse” society. We need answers, sooner rather than later.

QUESTION 7: QUESTION #6 PRESAGES A CONCERN THAT COMPETITION BETWEEN DIFFERENT CATEGORIES OF DIVERSITY HOLDERS COULD BECOME FIERCE.

THE PROPERTY INTEREST VALUE OF THEIR INDIVIDUAL PACKAGE OF DIVERSITY PREFERENCES WILL RISE AND FALL BASED UPON THEIR RELATIVE STATUS WITHIN THE DIVERSITY HIERARCHY (I.E., THE DIVERSITY PYRAMID).

SO WHILE THE DIVERSITY LEADERSHIP CAN PROMULGATE BROAD EDICTS, THERE WILL NEED TO BE SOME MECHANISM FOR RECONCILING CONFLICTS BETWEEN COMPETING PACKAGES OF DIVERSITY PREFERENCES. SO WILL WE NEED TO HAVE SOMETHING LIKE “DIVERSITY COURTS?”

If so, will these have the force of law?

Will there be civil and criminal penalties for those who commit “diversity fraud” – obtaining Diversity Preferences under false pretenses?

Who will select the “diversity judges,” and if so, what will be the criteria for selecting them?

Will those “judges” have ethical and conflict of interest rules, such as not being able to hear cases in which they share any of the particular officially recognized diversity category with any of the parties?

Will there be layers of “diversity courts” so that people can appeal rulings?

Will they be televised? After all, episodes of “Diversity Court” could be even more entertaining than “Divorce Court!”

Every episode would end in a riot since the very premise of every decision would involve ruling on or establishing legal precedent for a “pecking order”. It doesn’t get more Orwellian than that.

The best thing about bicycles in Portland is that they refuse to recognize that they are below pedestrians in the pecking order.

A comedian once commented that a boxer’s skill was based on socioeconomic class, so Mike Tyson needed to watch out because there was Puerto Rican out there just waiting to kick his A$$.

The Venn diagram of cyclists and eco-Marxist NPC SJW’s is a figure of almost two completely overlapping circles. In placing themselves at the apex of the vehicular hierarchy, a bizarre superposition of identity politics expressed as vehicular oppression.
For that the NPC cycling collective deserves the Darwin Award.

You know, I was thinking about liberal women and their screaming about the conservative ‘war on women’ and how Republicans are all evil misogynists.

As Jacobson points out, the #MeToo movement is consuming almost exclusively liberal men, men who by their actions have been totally without fear. Weinstein was active for DECADES with people making jokes about it and his freaking contract written so that he just had to pay to shut their mouths but couldn’t be fire, Lauer and his rape button under his desk, many others. These men had absolutely zero fear anybody would ever publicly accuse them, much less they would actually face consequences.

And it kind of made me realize. Liberal female celebrities and women scream so much about Conservatives because of the liberal men that harass and assault with impunity while publicly mouthing tag lines about how much women need EQUAL PAY and ABORTION RIGHT and whatever else.

Because if conservatives AREN’T worse, than they’d have to admit that the liberals they’ve spent decades serving are just self-serving liars that mouthed tag lines because they knew it would let them assault more women.

And liberals simply do not have the mental fortitude to admit they might be wrong.

Once the outrage mob grabs him and makes him go through re-education, he’ll simply say “Orange man bad.”

…but mostly we just sit back in amazement and watch the self-destruction.

And throw in a little schadenfreude, of course.

Even Chuckie Schumer is tired of political correctness.

The left is falling apart. When Hillary, Elizabeth Warren, Soros, Bernie and Christine Ford are the cool you are expected to identify with, it’s time to move on.

We’ve been talking about this “pop-corn” moment for awhile. Relax and enjoy it.
Witness the predictably delicious self-destruction of the Rainbow Cult, who tried to wreck a focused beam of coherent white light with the prism of ideology.
It reaps as it sowed.

The new bumper sticker is “Infuriate liberals. Never vote for a Demoncrat!