“There goes the chance of any bird from Northern MN ever being on the Supreme Court.” 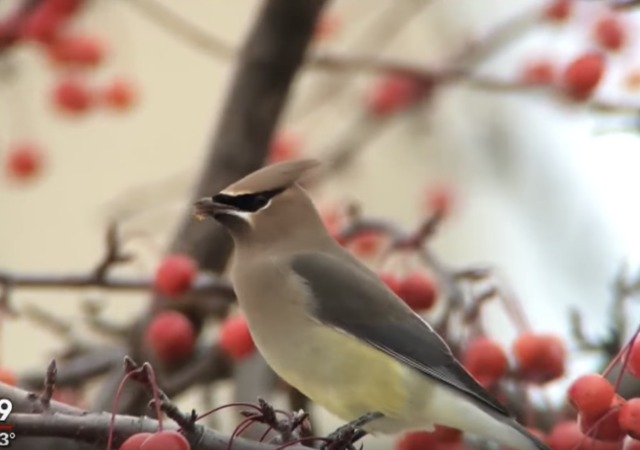 No, this is not The Onion or Babylon Bee. Drunk birds have caused major chaos in Gilbert, Minnesota. From The Washington Post:

“The Gilbert Police Department has received several reports of birds that appear to be ‘under the influence’ flying into windows, cars and acting confused,” Police Chief Ty Techar wrote in a statement Tuesday. An early frost meant that berries had fermented earlier than usual, he explained, and birds were eating them and getting drunk.

Incidents around town involving intoxicated birds appear to be more prevalent than in past years, Techar added, because many have not yet migrated south. “It appears that some birds are getting a little more ‘tipsy’ than normal,” he wrote. “Generally, younger birds’ livers cannot handle the toxins as efficiently as more mature birds.”

He concluded: “There is no need to call law enforcement about these birds as they should sober up within a short period of time.”

A number of Gilbert residents commented on the Facebook post and thanked the police department for explaining why the birds had been acting so strangely. One woman wrote that she had found three dead birds on her deck recently, while another described quickly slamming on her brakes when a bird flew directly into her windshield. “This explains why I have hit 7 birds with my car this week,” commented another.

Another commenter joked, “There goes the chance of any bird from Northern MN ever being on the Supreme Court.”

Birds can get drunk if they eat fermented berries.

Yes, birds can get drunk—and if they don’t sober up before they fly, the outcomes can be deadly. https://t.co/A0OzH2PQcH pic.twitter.com/6l8pkdWBKY

This is a fairly common and well-known phenomenon. also cows getting drunk on fallen apples that ferment.

I wonder how many of their tweets will not meet Twitters standards.

Somehow, I’m pretty sure this is Kavenaugh’s fault.

they will be playing Devil’s Triangle next….

At my childhood home we had a pyracantha bush with lots of berries. End of season, we had lots of drunken birds wandering around the back yard. Was quite amusing…didn’t see dead birds though – just shyt=faced ones.

Hitchcock would not be surprised … girding up their courage for an all out attack, perhaps?