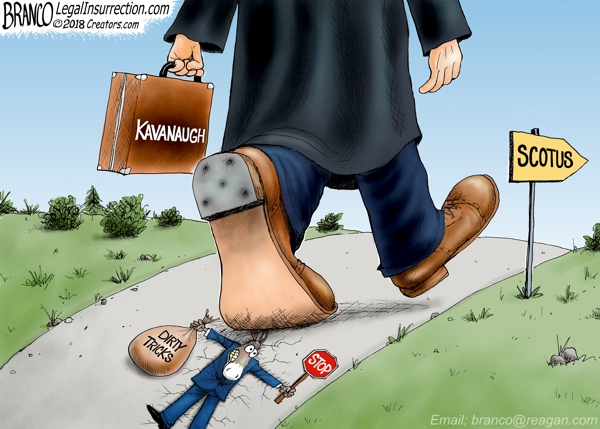 But the left are insane in their hatred so they will try pushing their rage and insanity in the election.

God help us if they win the House, I think their antics might have saved the Senate and possibly the House.

though it is a different story in the Senate where the Democrats had many vulnerable seats for the midterms, even with the subterfuge by the RINO’s trying to dump their seats to the opposition

Beautiful! Love the expression on the donkey’s face.

Great cartoon. Another one in the win column. And the left melts down further.

The ever-intolerant Left®, brought to you by the rightful, er, leftful political heirs of Saul Alinsky.

I like the way that the Ds are made to look very small, irrelevant even.

This has been a bumper year indeed.