Professional and business services remain a strong sector, and wages are growing. 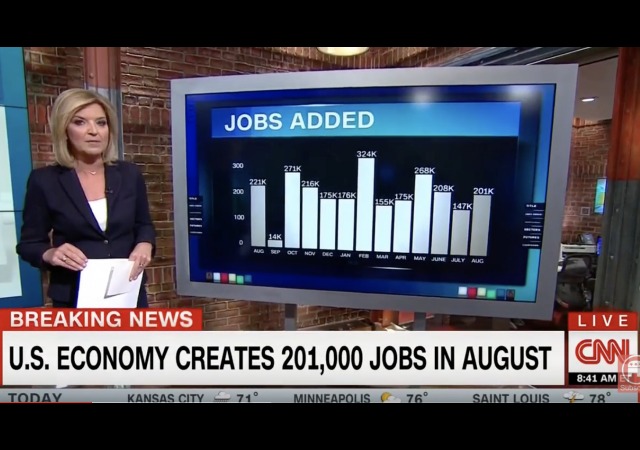 The share of Americans participating in the labor force fell by 0.2 percentage point to 62.7% in August. The rate is up slightly from a recent low of 62.3% in 2015, but still near the smallest share of adults participating since the late 1970s, a time when women were still entering the workforce in greater numbers.

A broad measure of unemployment and underemployment that includes Americans stuck in part-time jobs or too discouraged to look for work fell to 7.4% from 7.5% the prior month.

Friday’s report showed job gains in the professional and business services sector, along with health care, wholesale trade and transportation. Employment fell in the manufacturing industry, and all levels of government subtracted 3,000 jobs from payrolls last month.

Professional and business services added 53,000 jobs, which brings it one year total to 519,000 jobs. 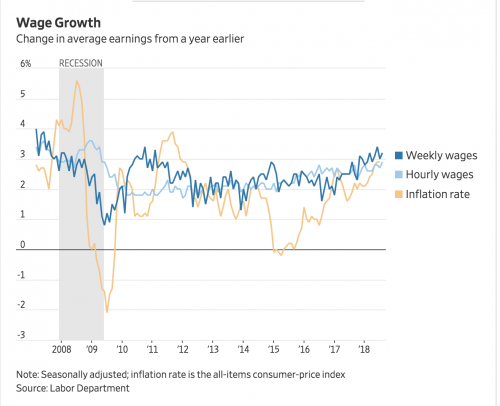 Those 3 CNN anchors sure looked glum for some reason.

notamemberofanyorganizedpolicital in reply to Whitewall. | September 7, 2018 at 12:32 pm

If you don’t believe it just listen to Obama today.

Yep, he laid the blame of everything that went wrong during his administration at the feet of Bush, but wants to claim credit for anything going right under Trump. What a joke.

Things will be really going well when the unemployment rate goes up because people are re-entering the job market.