“…veterans accounted for 14% of suicides nationwide though they make up only 8% of the U.S. population.” 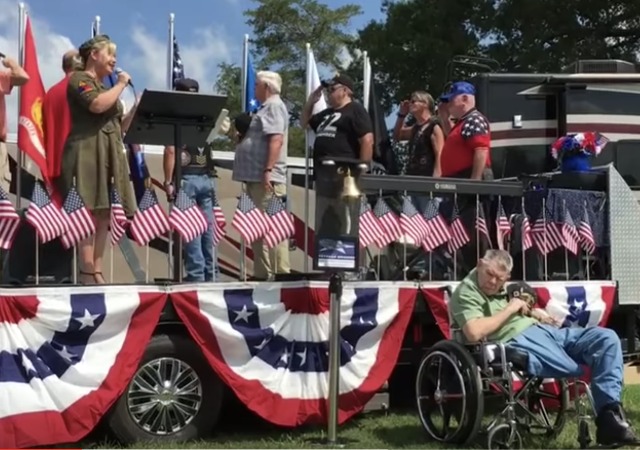 The Wall Street Journal has released an article about a VA National Suicide Data Report that concluded the rise in suicides among young veterans has continued to climb even though the Department of Veteran Affairs has taken action to stop it.

Overall veteran suicides has gone down, though.

“These findings underscore the fact that suicide is a national public health issue that affects communities everywhere,” the VA says in a press release reviewed by The Wall Street Journal. “Our goal is to prevent suicide among all Veterans—even those who do not and may never seek care within VA’s system.”

According to the report, veterans accounted for 14% of suicides nationwide though they make up only 8% of the U.S. population. The suicide rate for female veterans is 1.8 times higher than their civilian counterparts.

There are some 20 million veterans in the U.S.

The overall number of veteran suicides changed little falling to 6,079 in 2016 from 6,281 the year prior, while the overall rate essentially held steady in part because suicides among veterans older than 55 fell while the youngest cohort of veterans saw increased numbers. The oldest age group had the largest number of overall deaths because they make up the largest portion of the veteran population.

This is another reason why our VA system needs a complete overhaul. We’ve documented the numerous problems at VA hospitals across the country. In 2017, the inspector general report found “that the department’s suicide hotline had been routing a high percentage of calls to backup call centers, a flaw the department has said has been resolved.”

A recent report highlighted a case in Minnesota when a hospital “didn’t manage follow-up care for a veteran who recently had been admitted to the hospital for suicidal thoughts. He killed himself less than 24 hours after his release from the hospital.”

WSJ added a few other points from this report:

• Some 70% of veterans who killed themselves used a firearm compared with less than 50% for civilians.

• Veterans who had been part of the National Guard or a military reserve unit but who had never been called up for federal service saw rates of suicide rise which, the VA said, could be due in part to those troops having fewer veterans benefits and access to VA care than active-duty troops. The VA said it plans to increase in coming years its suicide prevention efforts among this sometimes-neglected group.

I found an article from May 2018 that in Oklahoma, the state I live in, veterans have the highest suicide rate in the nation. This may change since the report came out in 2016, but it examined data from 1979 to 2014 across all 50 states and Puerto Rico.

How did this happen? From NewsOK:

Added to those struggles is the lack of adequate mental health care in the state. Oklahoma posts some of the nation’s highest suicide rates among veterans and nonveterans alike, and mental health providers estimate that they’re only able to serve about one out of every three people who need help. That lack of access to treatment is one of the key drivers of the state’s high rate of suicides, White said.

But until April, when lawmakers approved an $11 million increase in the department’s budget for next year, the department had seen its state budget slashed $52.6 million, and it has lost another $80.4 million in federal matching funds. Those cuts forced the department to cut back on its mental health treatment services, White said.

The Angels in Disguise Program raises awareness on veteran suicides and wants to raise money for a prevention program.

*If you or you know someone who is considering suicide, please call the National Suicide Prevention Lifeline at 1-800-273-8255

A Florida Dem wants Pot for vets for those who want to reduce their opiate use. His Republican opponent opposes it.

Very sad. There are successful non-profits that help veterans get back on their feet, but they struggle to raise funds that are mere rounding errors of wasteful spending. It’s always disappointing to see these organizations’ reach limited by funds when so much money is wasted by the government and by the VA.

People say, “The VA needs more accountability”, but then they just create another sclerotic program that sucks up millions to staff and does almost zero to provide more care. They say they need a program to make veterans aware of available resources (or somesuch) and then they spend millions to create a complex, useless website that someone who is depressed or discouraged is never going to bother to try to navigate through the gov speak and generic and meaningless info.

Veterans need community support, but the organizations in their communities struggle for funding that could be made available through grants, etc. if so many billions were not wasted by government incompetence.

I’m surprised that those National Guard units that had never been called up for federal service saw high rates.

That truly puzzles me.

I would guess that because they do not move out of their local communities the way active duty does, and as a result have more community support available through family and long-term friendships.

and also because of the fact that prior and subsequent to deployments, the National Guard members had other jobs/lives and so their identity is not as completely entwined with being a service member as someone who was active duty right out of high school.

I think you misunderstand this point.

The problem here is that all we are seeing is a straight statistical comparison between the percentage of military veterans within the general population and the percentage of veterans within the suicide population, There is no analysis as to why this occurs. So at this point, it is impossible to blame anything or anyone for the difference. It might be something as simple as basic personality of those attracted to military service in the last 15 years, rather than anything related to the military service itself.

I think the mental health aspect has to start at enlistment.

you are correct. I misread it to mean that those where WERE called up had higher rates of suicide. As such, it surprises me as well and I agree with your point.

Some of the very best programs put older vets with young vets. They don’t have to be from the same or even near the same theater of war. In fact, some younger vets were never in combat…never heard a shot fired near them. “Surviver’s Guilt” can be a powerful thing. It’s good to have someone older to talk to. One of the things young men crave most is the approval of older men.

Abuse of stats– notice they look at the normal rate of suicide for female vets vs female non-vets, but they don’t look at the male vet rate vs general male rate.

70-ish% of suicides are male. The huge majority of Vets are male, especially since we’ve still got our Vietnam guys mostly around. OF COURSE the rate of anything with a group that is mostly high-risk is going to be higher than that for a more balanced group. I bet vets have a much lower rate of becoming pregnant, too….

The thing that catches my eye is the firearm and higher female rate.
I’d guess that a lot of the difference is that Veterans are less likely to survive attempted suicide.

I served in the military. When I got out, and to this day, I find civilians to be such d*cks and can empathize with these fine men and women.