“The state is looking to grow its workforce, and boasts a lower cost of living than much of the rest of the country.” 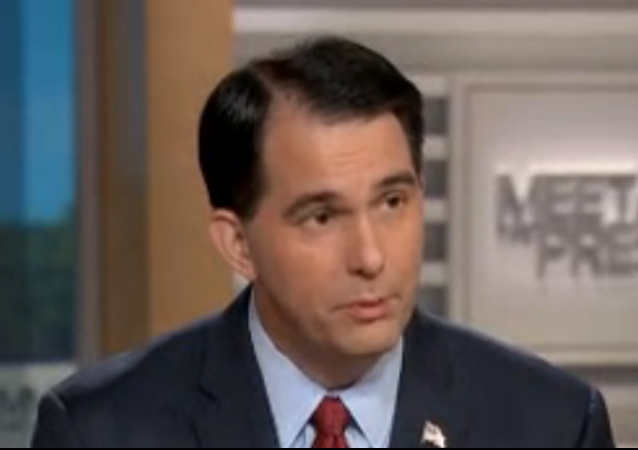 Walker wants people with education and training to stay in the state. Now that unemployment is so low, this makes a lot of sense.

Scott Walker wants college students to get up to $5,000 for staying in Wisconsin after graduation

If Republican Gov. Scott Walker is re-elected, Wisconsin’s college students could see up to $5,000 in refundable tax credits just for sticking around the state after graduation.

According to Walker’s latest campaign ad, “Close to Home,” the state’s college graduates would get up to $1,000 a year for up to five years under a new initiative the governor hopes to implement. Students would be able to take advantage of the credit even if they had no student loan debt.

“The New Graduate Tax Credit ensures Wisconsin’s graduates and Wisconsin residents receiving their postsecondary education out of state have an incentive to stay in Wisconsin, or return home to Wisconsin upon graduation,” the Walker campaign’s policy paper explains.

In the ad, Walker says he also intends to freeze University of Wisconsin tuition for another four years. The governor has already had a hand in successfully freezing it for the past six.

This isn’t the first time Walker has encouraged young people to stick around and plant their roots in Wisconsin. Back in January, his job-creation agency launched a $1 million campaign to encourage Chicago’s millennials to leave the Windy City and work in Wisconsin. The state is looking to grow its workforce, and boasts a lower cost of living than much of the rest of the country. Madison was also ranked one of the “Top 10 Best Cities for Recent College Grads” by livability this year.

Which ought to be enough of an incentive without social engineering by the state government.

Given a choice, what college graduate will stay in WI because a lower cost of living. There is excitement, and glamour, and exotic sex to be found in other places with higher costs of living. Five grand, might convince a few to stay at home and look for jobs, and plan for exciting vacations.

Frankly, it’s a dumb idea, but most of us, establishment types, want to keep as many of our kids in state as possible.