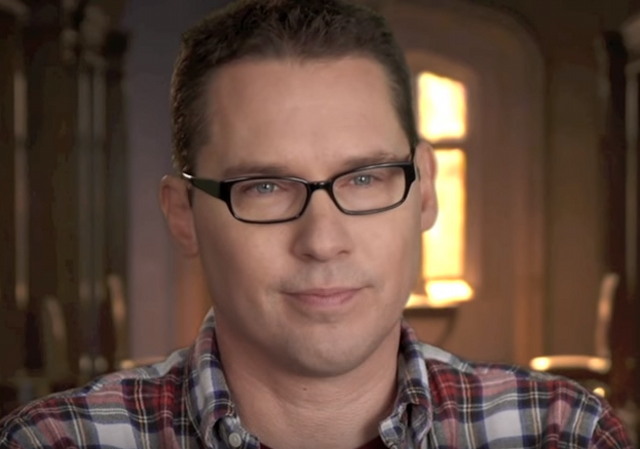 Hollywood film director Bryan Singer has been at the center of a maelstrom of accusations involving the sexual abuse of teenage boys by high ranking people in the film industry. Singer has never been convicted, but his name has surfaced in multiple allegations.

Singer was sued by a young man who alleged sexual abuse just last year, but now is being tapped to direct a big budget swords and sorcery film called Red Sonja.

[Warning: This article includes descriptions of sexual misconduct that may be disturbing to some readers.]

In December 2017, Cesar Sanchez-Guzman filed a lawsuit against Bryan Singer, alleging that the X-Men: Apocalypse director raped him during a yacht party in 2003. Sanchez-Guzman, who was only 17 at the time of the alleged sexual assault, said in his complaint that Singer later threatened him, telling the young actor that “if he ever reported the incident… [Singer] could hire people who are capable of ruining someone’s reputation.” This was just three years after Michael Egan filed a similar suit, accusing Singer of “drugging, manipulating, and forcibly sodomizing” him. Egan’s suit also contended that there was “a group of adult males similarly positioned in the entertainment industry that maintained and exploited boys in a sordid sex ring.” For his part, Singer has denied both men’s claims.

But Sanchez-Guzman’s allegations did prompt the director to ask USC to remove his name from its film school—a token gesture, since USC film students had already started a petition to scrub Singer’s name from their school. As Ira Madison III wrote for The Daily Beast last year, along with Harvey Weinstein, Singer has been one of Hollywood’s open secrets, having reportedly displayed predatory behavior for decades. But even in the face of growing support for #MeToo and Time’s Up, the Usual Suspects director told TMZ he was pretty confident that he and Kevin Spacey—who admitted to sexually assaulting Anthony Rapp when the Star Trek: Discovery actor was only 14—would be able to get back to work. And guess fucking what? Singer was half right.

The Hollywood Reporter has more:

A Red Sonya movie has been in the works at Millennium for over a decade, and Singer boarding the project would put it back on the fast-track. In 2008, Robert Rodriguez teamed with his then-girlfriend Rose McGowan for the project, making a big splashy announcement at Comic-Con that year. But they subsequently fell off the project and it has languished in deep development, with writers coming and going ever since. The property previously spawned a 1985 movie starring Brigitte Nielsen and Arnold Schwarzenegger.

Sources say Millennium will pay Singer top dollar for the assignment, which is seen as a step toward rehabilitating the director’s image. He was fired by Fox after repeatedly not showing up for work on the set of its Queen biopic Bohemian Rhapsody, among other work-related offenses. In December, Singer was sued by Cesar Sanchez-Guzman, who accused the filmmaker of raping him when he was a 17-year-old boy in 2003. It wasn’t the first time that Singer had faced such an accusation.

This points to a serious flaw in the Hollywood-centric #MeToo movement. Other people in the industry have lost their careers over sexual abuse allegations. In some cases, such as Harvey Weinstein, this was completely justified. Singer on the other hand, seems to be getting a pass.

Well, this was unexpected. The Hollywood Reporter just reported (sorry) that Millennium is in talks with Bryan Singer to direct an adaptation of the 1970’s sword-and-sorcery comic book Red Sonja. As you probably know, Singer was fired by Fox after allegedly not showing up to work on the set of his Freddie Mercury biopic Bohemian Rhapsody. He has also been the implicit and explicit target of any number of sexual assault allegations and rumors going back at least since Apt Pupil in 1997.

Needless to say, this announcement is not going over well online. I imagine Millennium doesn’t care, since they know that A) this is a project that will probably do better overseas than in North America and B) the online reaction is not necessarily indicative of the general populace reaction. Nonetheless, it still feels like an act of self-sabotage.

Industry critic and writer Kayleigh Donaldson posted a thread about this on Twitter:

You know that episode of BoJack Horseman this season that tears into Hollywood's hypocrisies on alleged/confirmed abusers and the industry's desperation to forgive?

Yeah, it wasn't mean enough to them. https://t.co/ClGdsjW1OY

I've long stopped believing the entertainment industry or any other field will truly make the systemic changes needed following #MeToo but even I was never cynical enough to believe they'd be this brazen about welcoming such elephants back into the room.

Hollywood’s embrace of Singer makes a mockery of #MeToo.

Why can’t they see this?

And those who would defend Singer over “only some allegations” will demand that Brett Kavanaugh withdraw from the nomination or the Senate refuse to confirm him, whichever comes first.

notamemberofanyorganizedpolicital in reply to Edward. | September 18, 2018 at 9:11 am

Why can’t they see this?

A conservative will believe something when he sees it.
A Democrat will only see something if he believes it.

notamemberofanyorganizedpolicital in reply to Whitewall. | September 18, 2018 at 9:12 am

Because they are more common than dirt hypocrites.

Whitewall in reply to notamemberofanyorganizedpolicital. | September 18, 2018 at 9:21 am

I’ve started using the traditional Southern descriptive ‘trash’. Down here, it has served us well for over 150 years. It says it all without saying it all.

The real test and the only one that matters is whether hiring someone like him has a negative impact on the bottom line of the production. Will the #MeToo movement boycott? Will others boycott? It’s a great test of whether OTHER things matter more than predatory sexual behavior. Like which political party you give to. Or whether you will come out and speak badly against the “right” people. That perhaps matters more. Or at all.

Yeah, it will be interesting to see if he is profit poison

Didn’t Arnold say in this genre … “To crush your enemies. See them driven before you. And to hear the lamentations of their women.”

Singer must be related to Sanger because he has sewn things up with his tiny needle and justice is aborted.

notamemberofanyorganizedpolicital in reply to legacyrepublican. | September 18, 2018 at 9:13 am

That was the Bible……

Actually you forgot the part where this is ludicrously ironic.

The character of Red Sonja is a nominal hero – that receives her powers from a Goddess for revenge, after her family is murdered and she was raped by the villain.

So they’re giving a suspected sex offender a movie about a character centered around rape.

Irony off the charts.

Like every other Democrat sex predator this fucked has a well known and documented history of sexual predation.

Kavanaugh is NOT the predator Democrats wish him to be!