Space Force is happening. VP Pence spelled out the plans and mission in detail. 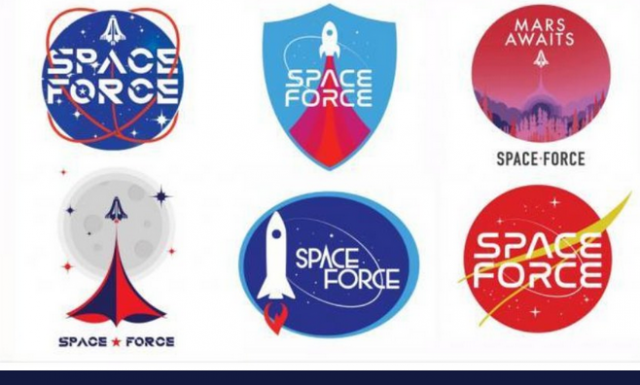 Vice President Mike Pence has officially laid out the plan to begin creating a military command dedicated to space, establishing the “Space Force” as the sixth branch of the U.S. military.

If everything goes according to this plan, the Space Force would be in place by 2020, making it the first new branch of the military established since the Air Force was formed shortly after World War II.

Pence warned of the advancements that potential adversaries are making and issued what amounted to a call to arms to preserve the military’s dominance in space.

“Just as we’ve done in ages past, the United States will meet the emerging threats on this new battlefield,” he said in a speech at the Pentagon. “The time has come to establish the United States Space Force.”

But the monumental task of standing up a new military department, which would require approval by a Congress that shelved the idea last year, may require significant new spending and a reorganization of the largest bureaucracy in the world. And the idea has already run into fierce opposition inside and outside the Pentagon, particularly from the Air Force, which could lose some of its responsibilities.

During his speech, Pence outlined 4 key elements of the administration’s plan:

Secretary of Defense James Mattis joined Pence for the announcement, indicating that space is becoming a “contested war-fighting domain and we have got to adapt to that reality”.

Defense Secretary James Mattis on Tuesday threw his support behind the idea of creating a space-focused military command but stopped short of promising the new “Space Force” branch of service that Trump has touted. Currently the U.S. Air Force manages the domain through the U.S. Space Command.

“We need to address space as a developing war-fighting domain and a combatant command is certainly one thing that we can establish,” Mattis told reporters at the Pentagon, adding: “This is a process we’re in.”

The administration is sending out an email request for supporters to vote for their favorite logo to potentially be used for the US Space Force:

The Trump campaign wants us to vote on a #SpaceForce logo. pic.twitter.com/z2ZVrwrFhR

It will be fascinating to see which one is selected, if any, and to check how much of the plan has been implemented by 2020. If the rallies are any indication, the move is going to be very popular among Trump’s base.

None of the above! You would think that someone who is a marketing and branding expert would get people who would do better than this.

No Hammer of the Heavens or anything particularly memorable. Not even a little something from the classics, even something generic like Novi Ordem Coelum. Phooey.

None of the above. All of these are unimaginative and uninspiring.

Not to mention foolishly early – I’m pretty sure we actually started building an air force before we got all worked up about designing pretty air force logos.

The “Space Cadet” jokes are starting to write themselves.

A tad early (two hundred years) but the Bab-5 EA (Earth Alliance) medallion as a reference for USSF badge might be helpful.

However, replace the face with that of Donal Trump and emblazon on the chest “Space Force”
Following behind and blow him, say, a fleet of appropriate looking spacecraft.

Another: a spinoff of this Flash Gordon poster: https://larryfire.files.wordpress.com/2015/11/22.jpg

Or, have some sort of contest, perhaps a high school one.

All are poor efforts.

Hell, if they’re not going to be serious about it, just go for something more like this.
https://ixquick-proxy.com/do/spg/show_picture.pl?l=english&rais=1&oiu=http%3A%2F%2Fhealthysmilesforautism.org%2Fwp-content%2Fuploads%2F2018%2F06%2Fscience-fiction-book-covers-awesome-epingle-par-cdc2b5nc280dc2b3dc2b5dc2b9-m-sur-gene-szafran-collection-of-science-fiction-book-covers.jpg&sp=02d381209dc5be9c936704d9c987d82f

Okay, that’s brilliant! You got my vote!

(reminds of the “Flag” in the original “In-Laws”.)

Rockets are too cliched. The Mars one is out because the space force is for defense, not colonization. That only leaves the last one, which is too red. (Arguably, it leaves the first one as well, which doesn’t show the rocket exhaust but does show the shape of an obsolete LEO transport. Not a good image).

Criticism “particularly from the Air Force, which could lose some of its responsibilities.”
Retired AF here (26 years) and I say the faster the better. The pencil pushers in Washington are afraid of losing budget authority, that’s all. Chuck Horner had to drag those space guys kicking and screaming to actually do something for the warfighter instead of spending bazillions and playing I’ve got a secret, and that was back in the 90’s. Not much has changed. They have always considered themselves to be something different and apart from the AF, so cut them loose. Let them be something different. Good riddance.

shoot messed up posting was a pigs in space logo

I like the one with the mutant space alien getting stabbed in the face by a laser-bayonet wielding YANKEE SPACE ROBOT .

I’m sorry, but I don’t see an independent military “Space Force” being established anytime in the near future. So, choosing a logo, at this time, might be just a touch premature.

“Space Force” in white against the black silhouette of Vader’s helmet.

It looks like obama personally designed all of them. (They’d be better logos for a cartoon show.)

Is the new Space Force’s main mission going to be ‘Muslim outreach.’ like NASA was under Odumbo?

Outreach? How about a nice tungsten kinetic projectile mass driven from orbit?

This is a worthwhile site to rummage about….

Great logos on it!

Can’t have it looking like some kind of military unit can we? It looks like it was designed by sixth grade teachers from a Waldorf school.

A shield with an eagle, comet, and anchor or rocket for the Marines and a laurel wreath with crossed laser swords for the space navy. Perhaps with a supernova behind it.

That says military force. Not some rainbow colored swoopy thing.

That “nuke the moon” logo would be good. With Space Force superimposed.

The Russians designed it.

I’d have gone with something more like the Romulan Empire symbol, using a bald eagle.

I’ll leave it to the “Space Force” itself to decide on their logo.The force which will almost totally be sited in office spaces around the country and even then from their cubicles not even operating the ROVs.

Sincerely, the US Navy.

I watched Gabby Gifford’s husband, the astronaut, tell why he thinks the space force is a silly idea. Of course, he hates Trump so any idea from him will automatically bring the hate. Just like the Army Air Force of WWII, everyone whined about splitting it up into the Army and the Air Force. Seems kind of silly now that anyone would have opposed it. Imagine having a team who only think about the needs of space defense instead of airplanes and tens of thousands of personnel, air bases and lobbying Congress for more money.

Or do we finally have a President telegraphing a real scenario usually reserved for Coast to Coast?