Seoul wants U.S., China to formally declare an end to the Korean War

Seoul wants U.S., China to formally declare an end to the Korean War

Two Koreas seem to be ignoring international political squabbling and continuing with a “psychological” reunification. 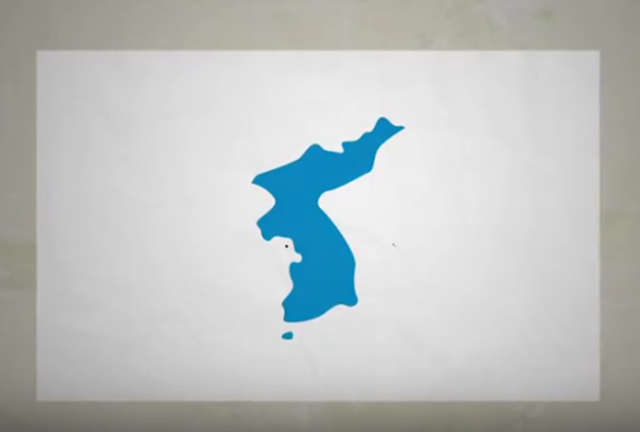 I have been watching events on the Korean Peninsula since the conclusion of the Singapore Summit between President Donald Trump and North Korea’s Kim Jong Un, trying to determine what the eventual outcome of that meeting would be.

I have come to the conclusion that the two Koreas are like the children in a messy divorce, and are tired of being pawns in a larger political drama between the two “parents”. In part, that assessment comes from statements from South Korean officials that they want the U.S. and China to declare a formal end to the Korean War.

South Korea wants a formal and official declaration to end the 1950-1953 Korean War with the United States, China and North Korea at the upcoming United Nations General Assembly in New York, next month. Seoul communicated this ambitious plan to Washington via diplomatic channels, a senior government official said Tuesday.

“South Korea unofficially sent a message to the United States over an agreement to end the war with North Korea and China. While Washington is reluctant to embrace a formal declaration, it will be ready to do so if Pyongyang presents a roadmap toward denuclearization,” the official said on condition of anonymity.

While one should be wary of anonymous sources, there are other reports that confirm the two Koreas resent the continuation of political game playing. For example, the Koreas have teamed up under the Unification Flag for the Asian games, much to the delight of thousands of spectators.

Thousands of spectators cheered wildly as athletes from the rival Koreas paraded side-by-side behind a “unification” flag in a spectacular opening ceremony for the Asian Games.

The two countries, still technically at war after their 1950-53 conflict ended in an armistice, have fielded 60 athletes in combined teams along with larger contingents for their respective national squads. North and South Korean athletes are competing together in several sports including women’s basketball and rowing.

At the vertical engine test stand, used for testing and development of engines for ballistic missiles and space launch vehicles, the North Koreans have continued to tear down the steel base structure and appear to be removing fuel and oxidizer tanks from dismantled bunkers.

At the launch pad, work on the rail-mounted processing/transfer structure used to support rocket launches continues, with two-thirds of the west wall and a third of the north wall having been removed, and its components remain on the adjacent ground.

Interestingly, North Korean state media are now blaming Trump’s political opponents for the “deadlock” over denuclearization, urging the US him to act boldly to resolve this issue.

On Saturday Rodong Sinmun, the North’s most prominent daily, praised Trump for seeking to improve US-North Korea ties and achieve world peace, which it said would be the “feat of the century”.

“However, he faces too many opponents,” it said in a signed commentary.

The newspaper said Democrats and even some Republicans are hampering Trump’s efforts for their own partisan interests while media hostile to Trump are undermining his policies.

It accused bureaucrats and Trump’s aides of “speaking and moving in contradiction to the president’s will” and “distorting facts and covering up his eyes and ears in order to mislead him to a wrong decision”.

In terms of the Chinese component to this family-dynamic analogy, it is now being reported that China’s President Xi Jinping is set to visit Pyongyang next month at the invitation of North Korea leader Kim Jong. Perhaps Xi will be enjoying the enhanced tourist accommodations, which have been the recent focus of Kim’s public promotion efforts.

With his wife Ri Sol-ju, Kim inspected the Wonsan-Kalma coastal tourist district in Gangwon Province under construction and encouraged workers there, saying it would be “a very nice gift” for the people of North Korea once completed.

…The fact that Kim visited the site only three months ago shows how much he cares about the project, observers say.

At this point in time, it appears that the two Koreas are ignoring the political squabbling between China and the United States to the best of their mutual abilities and are gearing themselves up for at least a “psychological” reunification if not an actual one.

Based on the current data set, I project the end of the Korean War is likely to be formally declared in the early fall of 2020.

There will be no peace without victory.

When it comes to the relationship between North and South Korea, perhaps the U.S. and China want to see the “proof in the pudding” before any such declaration is made.

I wouldn’t get too excited about it. SoKo is interested, but that’s always been the case. The difficult child here is NoKo. During the Korean War, Chinese intervention saved NoKo as UN troops approached the Yalu River, but everything since then has been aggression by NoKo. China won’t allow anyone to do anything permanent about it, but China is not the source of the trouble, any more than the UN (or, practically speaking, the US) is. Meaning, it doesn’t matter how chummy the PRC, the USA, and ROK are, if the DPRK isn’t aboard, that ship’s not sailing.

Without China, the DPRK sinks like a rock. Xi has the whip hand here, not Little Rocketman.

I suspect that China and the US are working through some of the “next steps” as bringing NoKo up to the 21st century after nearly 70 years of Communism will be very expensive. China and the US know they will foot a large part of that bill. One of the very large expenses after German reunification was the cleanup of massive pollution courtesy of Communism. A clean environment requires a strong free market economy. There is a big unknown bill waiting to be paid by China and the US.

Will they give Trump the Nobel if it happens?

You have to understand the motivation of the players in this little drama.

First, The ROK sees this as an opportunity to take control of the DPRK, and its natural resources and to reduce the threat that the DPRK represents to them. If the two nations “unify” then, the South is going to be in the catbird’s seat. It has the wealth and technological muscle to control the whole peninsula. And, given the pressure from the US on the DPRK, the ROK views this as a sterling opportunity to achieve “unification”.

Second, the leadership of the DPRK has no real intention of unifying with the ROK. If they did, the wealth of the South would swallow them up. They are using this as a ploy to get the US to back off on the current sanctions. They can not afford any significant change in the status quo.

The PRC, on the other hand, also does not want unification of North and South Korea. Repressive regimes always lose out to capitalism. Look at Russia, Vietnam and even the PRC. If the two Koreas merged, China would have little or no control over them, within a few years. It would lose its leverage over the US, quickly.

The current US administration does not really care if there are two Koreas or not, as long as one is not threatening us. So, the US is not going to do anything which does not provide both short term and long term positive results with regards to our interests.