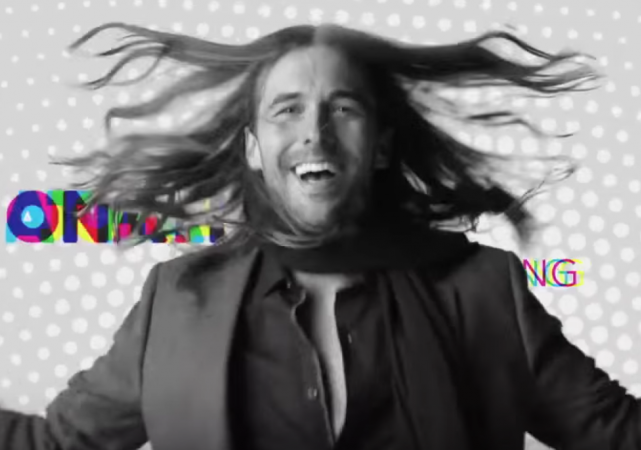 Jonathan Van Ness is a quirky but completely lovable cast member of Netflix’s reboot of ‘Queer Eye for the Straight Guy.’

Luckily a lot to extreme right people won yesterday, meaning that if we can come up w center left candidates we can take back the house & senate, not to mention many state legislatures. It is so important for the left to not go too left or we are done for.

Not all republicans are racist. Just like not all democrars are evil, we have to stop demonizing eachother. Unless you’re actually racist then you suck, Trump is Racist – not all his voters are necessarily we gotta remember we are all in this together.

Despite the fact that Van Ness is a vocal Trump critic, the backlash was swift. He was accused of all manner of betrayal, including white privilege.

Also if you’re upset at a tweet I made leave gurl bai! Being able to compromise is what’s missing from both sides of the American political situation & the sooner we all get to a place of mutual understanding the sooner we will get out of this mess.

“Maybe we should stop fighting and find common ground” should not be a controversial thing to say, but, here we are.

In a video he published to address the criticism, Van Ness said he believes the left and the right are being played by the media, who are intentionally stirring up strife and division.

My reaction to his tweets? Notice he calls for compromise… now. See… the left has been winning in the public arena for 50 years. President Trump’s election and pushback is the FIRST time in my life I’ve witnessed tangible needle adjustment on the trend… .and the call from some , like this guy on the left is: hey… let’s work together and compromise or something.

Nah. I’m in the mood for 30 years of pushback. I’m in for the hard left progs, who have been ruining the political climate of America since the mid 60’s to enjoy that cruelest of all… repudiation of their ideals and gains. THEN… after a few decades of returning to sanity, THEN, and only then… compromise.

No color judgments. Not a single diversity bone.

I don’t see a lot of common ground.

In one corner we have the Sons of Liberty, and in the other, the Progressive/Orwellian/”For Your Own Good” people.

Never the twain shall meet (at least on pacific terms) . . . and a good thing, too.

He still suffers from compromised reasoning. Expecting people to obey our laws does not make Trump or anyone else racist. Anyone consistently using claims that someone else is racist because they do not accept rationalizations that certain races are entitled to break our laws is racist.

This guy’s main malfunction is believing there are any center left politicians remaining. Functionally, they are already gone.
The people who run as center left are either liars or will be forced by the jackbooted thugs who run the party to bend the knee when it counts.

Then there’s all the pro-life Dems who were openly and intentionally run out of the party.

Where does this guy get the idea that Dems are willing or capable of compromise?

Compromise for the left is asking for two things but willing to accept just one. Give something to us? Seriously?

Contemporary Leftists/Dumb-o-crats have gone full-blown totalitarian. Vilification of, and, attempt to intimidate and browbeat Americans who deviate one nanometer from Party orthodoxies.

Brimming with unrestrained belligerence and resentful towards all dissenters, all fueled by self-congratulatory and messianic narcissism and self-perceived notions of moral and intellectual superiority.

These jackbooted twits are the most dangerous people in the country.