Boeing and SpaceX plan to launch their designated crews in 2019. 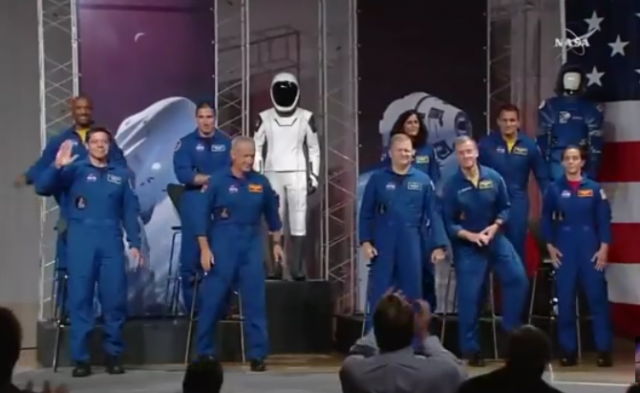 Nine astronauts were chosen Friday to journey on SpaceX and Boeing spacecrafts, becoming the first crews to launch from U.S. soil since 2011.

The men and women chosen are all present or former officers in either the U.S. Air Force, Marines or Navy and will be the first to fly commercial spaceships: SpaceX’s Crew Dragon or Boeing’s CST-100 Starliner.

This endeavor returns astronaut launches to U. S. soil for the first time since the space shuttle’s retirement in 2011 and demonstrates the success of President Trump’s plans to move forward with public-private research and exploration partnerships.

“Today, our country’s dreams of greater achievements in space are within our grasp,” said NASA Administrator Jim Bridenstine. “This accomplished group of American astronauts, flying on new spacecraft developed by our commercial partners Boeing and SpaceX, will launch a new era of human spaceflight. Today’s announcement advances our great American vision and strengthens the nation’s leadership in space.”

Boeing and SpaceX have been in a race since 2014, when they were awarded a combined $6.8 billion in contracts from NASA to develop spacecraft capable of flying crews to the International Space Station. The contest between the two firms was evident during the announcement, with Boeing featuring its blue spacesuit next to SpaceX’s sleek black-and-white suit. Both companies have had delays and setbacks in their program development, so the actual launches with these crews in place are not scheduled until 2019.

While both companies had recently said they would conduct their first test flights with astronauts on board by the end of this year, those flights are now scheduled for 2019.

Taking the stage Friday before a huge American flag, Gwynne Shotwell, the president of SpaceX, told the crews: “What a sacred honor this was to be part of this program and to fly you. Thank you. We take it very seriously. We won’t let you down.”

Success in the space business might actually be a boon to those concerned about climate change. It turns out that a meteor hit the earth and exploded with 2.1 kilotons of force last month near a US Air Force base in Greenland.

NASA’s Jet Propulsion Laboratory confirmed an object of unspecified size travelling at 24.4 kilometres per second struck earth in Greenland, just 43 kilometres north of an early missile warning Thule Air Base on the 25th of July, 2018.

If the meteor had been larger, Greenland’s glaciers would have melted, among several other horrendous, instantaneous global-warming effects. Mankind’s exploration, research and mastery of space can lead to innovations that will prevent real climate change that effects all life on earth…including polar bears.

If NASA is returning to its original mission of space exploration, who is going to be responsible for making Muslims feel better?

Obama isn’t doing much these days.

I don’t think the Muslims want him either.

There they are, doing “science” and exploring new frontiers.
Sarah Jeong was right: white people are the worst!

They hire a female whose last name is Mann.