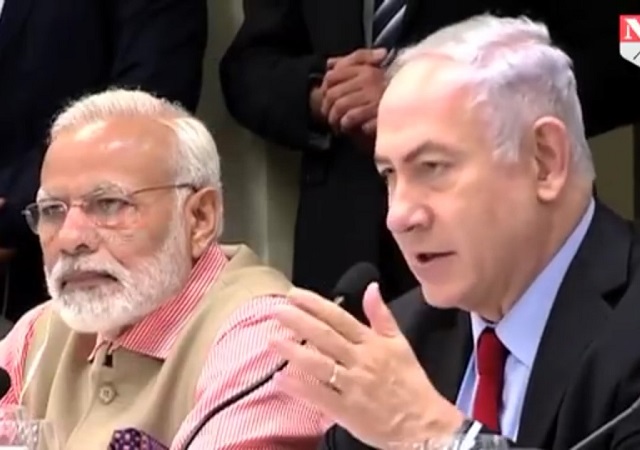 India and Israel are cementing bilateral cooperation in technology with the launch of a $40 million joint research fund.

The ‘Israel-India Industrial R&D and Technological Innovation Fund’, or I4F as the project is formally known, was kicked off at a ceremony in India’s capital New Delhi last week.

The fund is being operated by India’s Ministry of Science and Technology, and the Israel Innovation Authority (IIA). Funded with equal contribution from both countries, the initiative aims to promote development and commercialization of technologies in the private sector, an Indian government communique said.

“The 40 million USD fund aims to promote, facilitate and support industrial research and development between the two countries benefiting both people,” said the Embassy of Israel in New Delhi in a press release.

The governing board of technology fund (I4F) announced the first four recipients for grants that will be working in areas such as medical devices, water conservation, energy efficiency and mobile networks. The winners were selected from several joint proposals submitted by Indian and Israeli companies. The private players are required to cover at least 50 per cent of the research and development costs. The proposals were selected on the merits of their social impact and commercial viability.

“The fund is a unique platform designed to increase economic cooperation and boost research and development within both countries,” Israel’s outgoing envoy to India Ambassador Daniel Carmon said. “India is quickly becoming a valued partner to Israel and the fund can play an effective role in taking the best out of Israeli and Indian entrepreneurs, make them work together and develop a solution that would fit and benefit both sides.”

India’s Ministry of Science and Technology announced the launch of the fund on its website:

India and Israel have come together to announce support for collaborative initiatives in areas like affordable surgical devices and water, energy and cellular phone through a joint technology innovation fund set up by the two nations.

Prof Ashutosh Sharma, Secretary, Department of Science & Technology and the India Co-Chair, I4F Governing Board said that the I4F platform will enable the Governments of India and Israel to play a catalytic role for joint industry-led, last mile research and development (R&D) resulting in commercialization. This, he said, would take the industrial R&D and technological innovation partnership between India and Israel to a new level and indeed be a role model for others.

The project acts as an incubator for the joint development of commercially viable technologies. Indian multinational Tata Group is also working on a similar model with Tel Aviv University (TAU), bringing Israeli research to the Indian market. The firm already manages a $5 million fund at TAU’s technology transfer company Ramot and has been considering to scale it up to $20 million.

Technology has been the driving force behind India-Israel success story. Bilateral trade between the two countries has risen from $200 million to nearly $5 billion since diplomatic ties were fully restored in the early 1990s.

Indian private sector sees great potential in linking up with Israeli technology and startup ecosystem. India-Israel partnership in the startup sector has a revenue potential of $25 billion, projects the National Association of Software and Services Companies (NASSCOM), the apex body of Indian IT firms.

This growing partnership has been the leading factor behind India’s diplomatic pivot toward Israel. “We are of one view that together our scientists and researchers would develop, build and implement mutually beneficial solutions,” Prime Minister Modi said during his July 2017 visit to Israel.

The Jewish State is ahead of the curve when it comes to tackling some of the biggest challenges faced by today’s India. These include shrinking arable land, receding water-tables, growing energy demand, and keeping pace with digital and emerging technologies. The joint technology fund ambitiously seeks solutions in all these areas. It is a small step in the right direction.

Israel is an intellectual property generating dynamo. But $40 million isn’t much of a pump primer. A good start, however. Makes me wonder if before too long India can be challenging China more in a greater number of industries.

Agree with your assessment. But as I said: it’s an incubator and “a small step in the right direction.”

I agree with you that the budget is pretty low, but, I think that this tie-up is more symbolic, than anything else. The real action will likely be happening in the private sector, with partnerships and deals made between Israeli and Indian companies, as need and market conditions dictate.

The food is pretty damn good, too.