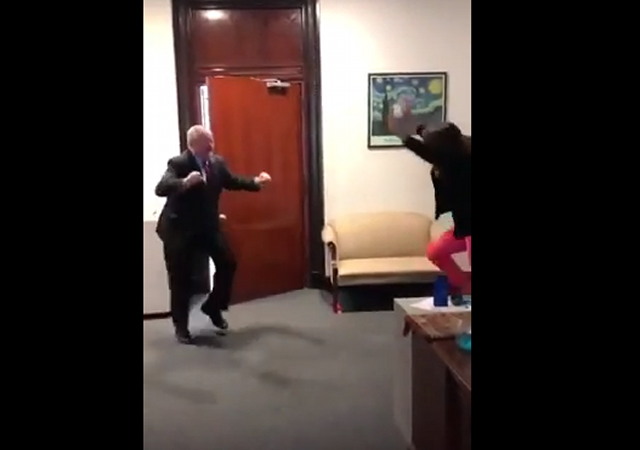 A Honduras man who illegally entered the United States twice in the last decade was released by the “sanctuary” city of Philadelphia, which chose not to comply with a detainer lodged by Immigration Customs Enforcement (ICE).

After his release, he was arrested again and convicted for the rape of a child.

A previously deported illegal immigrant from Honduras — who raped a child after Philadelphia authorities ignored an ICE detainer and released him — pleaded guilty Tuesday to illegal reentry.

The U.S. Attorney’s Office for the Eastern District of Pennsylvania announced Juan Ramon Vasquez, 45, faces up to two years in federal prison.

Vasquez was deported from the U.S. in 2009, but was found to be back in the country in March 2014 and taken into custody. After local criminal charges against him were dropped, Philadelphia officials did not comply with a detainer by Immigration and Customs Enforcement and Vasquez was released, according to the U.S Attorney’s Office.

After his release in 2015, Vasquez was rearrested and convicted for the rape of a child and unlawful sexual contact with a minor. He’s now serving 8 to 20 years in state prison.

Here is a portion of the Department of Justice press release:

Philadelphia, PA – U.S. Attorney William M. McSwain announced that Juan Ramon Vasquez, a citizen of Honduras, pleaded guilty today to illegal reentry after deportation. In May 2009, the defendant was deported from the United States. Thereafter, in March 2014, the defendant was found back in the United States by U.S. Department of Homeland Security’s Immigration and Customs Enforcement (“ICE”) officers. At that time, Vasquez was in the custody of the Philadelphia Department of Prisons.

The City of Philadelphia thereafter chose not to comply with a detainer lodged by ICE for the defendant, who was instead released from custody by the Philadelphia Department of Prisons. After his release, the defendant was rearrested and convicted for rape of a child and unlawful sexual contact with a minor. The defendant is currently serving a sentence of 8 to 20 years in state prison.

The defendant, having now pleaded guilty to the federal charge of illegal reentry after deportation, faces a maximum possible sentence of two years in federal prison. He is scheduled to be sentenced on November 20, 2018, by the Honorable Nitza I. Quiñones Alejandro.

In June, Philadelphia Mayor James Kenney was so happy about a ruling in favor of the city’s sanctuary status, that he did a little dance and high-fived his chief of staff. You may have seen the video:

The Federalist has comments from a U.S. attorney:

U.S. Attorney William McSwain called the policy dangerous in a statement Tuesday, and said law enforcement should be doing everything in its power to protect children from predators.

If only Congress would pass a law making cities financially responsible for the acts of those they purposely let go, a lot fewer people would die and fewer children would be raped.

I agree but I’d go much further. I’d hold these mayors and officials as accessories to the crimes committed by people they release that they would otherwise hold for the fed.

Agreed. The politicians broke Federal law to release these criminals into illegal presence in the USA where the illegals commit further crimes.

If someone participates in a crime e.g. a robbery, where their partner shoots someone dead, they are charged with murder as well.

co-con·spir·a·tors and should face PERSONAL lawsuits.

What would happen if a federal prosecutor charged the mayor and city council with accessory to child rape?

How about we force repeat offenders to eat Kale until they are sent home?

A child raped, there is need to get vicious. First illegal entry, send then back by cannon. Second entry should be capital punishment. Then there will be no relapses.

I knew wold young ladies when I was dating who had been raped. One was three years old and could not have children as a result. The other was ten years old, I dated here on and off for a decade. She was seriously messed up emotionally, and I doubt that she could ever have a viable relationship. Raping a child may well be worse than killing them. This sob should be permanently removed from the gene pool.

that was I knew two.

The stupid SC ruled that you can’t execute someone for child rape.

Of course, this mayor is responsible for a child’s rape now. In a just world, that would be brought up every time he appeared in public and his career would be over.

In a just world the mayor and the perp would get a visit from poppa and his aluminum bat.

If the issue is warrants v. detainers, why can’t ICE just get warrants?

For almost all, it would be a form with some check boxes, take a stack down to a judge for 10 AM and 4 PM every day.

Law enforcement gets search warrants and arrest warrants by the bucket load.

Wow, great video. The idea of his city being an official criminal sanctuary put quite a spring in the mayor’s step. If somebody could bottle that stuff, they’d really clean up.

Sure, it might mean that some victim gets a serious case of “involuntary deviate sexual intercourse, unlawful contact with a minor, unlawful restraint, false imprisonment, indecent assault on person less than 13, indecent exposure, and simple assault” … But hey, you can’t make an omelette without breaking heads.

This delusional sickness on the left is going to continue (and get worse) and it’s going to lead to the breakup of the U.S. into three or four nations.

Either seize back our educational system, or get used to the idea and start making your plans.

The parents of child should SUE everyone involved in putting that SCUM back into society. They allowed him to Rape the child ,,, remember this the next time you vote and remove ALL demoCRAPS from public office.

The traitors among us assisting with the ongoing invasion of the once-sovereign USA. Military tribunals must be convened and ready to judge for counts of treason and aiding and abetting every crime the illegal alien invaders commit.

One way to reduce these outrageous demonstrations of leftist derangement is to arrest this stupid mayor and charge him with aiding and abetting a felon and fugitive from justice. Another option would be, when the rapist is re-arrested, cuff the mayor to him and imprison them together until AFTER the felon is deported. The final solution would be to lock both of these b*st*rds in a sound proof room with the relatives of the victim.

https://www.law.cornell.edu/uscode/text/18/755 Would seem to suffice, perhaps with a change in procedures by ICE. Someones name is on the paperwork.