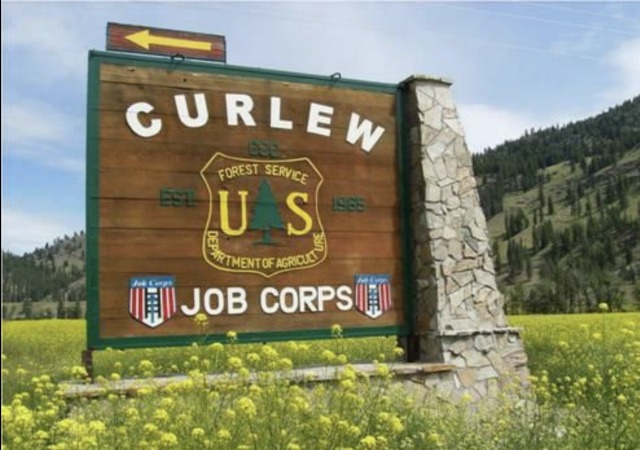 The Department of Labor’s Job Corps program receives an annual budget of $1.7 billion dollars. You’d think a program that is a sacred cow to people on both sides of the aisle and with that budget pushes out success after success.

Nope. This Great Society program birthed by JFK’s brother-in-law R. Sargent Shriver has turned into a money pit, a waste of that taxpayer money, according to those close to the program who spoke to The New York Times:

“Job Corps doesn’t work,” said Teresa Sanders, a former teacher at the North Texas center who quit in frustration in 2015 after a rash of violent episodes inside the center, but who keeps in touch with dozens of former students through a Facebook page. “The adults are making money, the politicians are getting photo ops. But we are all failing the students.”

In April, the Labor Department’s own inspector general starkly concluded that “Job Corps could not demonstrate beneficial job training outcomes.”

The labor secretary, Alexander Acosta, who oversees Job Corps, is the latest in a succession of federal officials, starting in the Reagan administration, who have vowed to overhaul the program. Job Corps, Mr. Acosta said in an email, “requires fundamental reform.”

“It is not enough to make changes at the margins,” he added. “We need large-scale changes.”

The North Texas Job Corps Center just north of Dallas houses 436 students in a building surrounded by a chain-link fence and you can only enter “through a gate manned 24 hours by guards hired to keep out any intruders.” Student Donnell Strange told the NYT the camp is “a little like prison.”

In April, The Wall Street Journal reported that 87% of those in the Job Corps lives in these dorms. The program “provides meals, medical care, books, clothing, and supplies, as well as an allowance for childcare and living expenses.” This costs a single taxpayer around $33,990.

But even those students in the program and college students who study these sorts of programs have started to question the validity of the Jobs Corp:

Yet almost everybody involved in the program — including students and the labor secretary — questions whether the target population of inner-city and rural youths is well served by a 50-year-old work force model based on housing students in fenced-in former military bases and shuttered hospitals, often miles from the jobs they need.

Jeff Smith, a University of Wisconsin professor who studies job programs, said a major quandary is that worthwhile training programs for the poor seldom yield stunningly positive results. “Work force development is very hard, and the results you see aren’t always great,” he said. “If these populations were easily employable, they would already have jobs.”

The North Texas campus is about 40 minutes away from Dallas, where there are plenty of available jobs. The NYT mentioned this distance makes it hard for those in the program to compete with students in programs located inside of Dallas.

Even teachers advise students to escape:

One vocational instructor at North Texas, all too aware of the program’s shortcomings, has tried to focus on the barest basics of being a wage-earning employee: Show up on time, do not cuss out the boss and refrain from drinking or getting high during work hours.

But for the two or three students he feels are work-ready, he offers different advice: Drop out of the Job Corps the minute someone offers you a decent job paying around $12 per hour. The teacher wanted his name withheld because his approach conflicted with that of the management company.

Look at what the Inspector General found in April:

Job Corps’ record-keeping is a hot mess, but in 27 of 50 cases where full employment data existed, graduates were working the same sort of low-wage, low-skill jobs they held before training. One participant completed 347 days of Job Corps carpentry training but five years later worked as a convenience-store clerk for $11,000 a year. Job Corps called this as a successful outcome, so what do failures look like?

In 2011 the IG found the program matched more than 1,500 students with “jobs that required little or no previous work-related skills, knowledge, or experience, such as fast food cooks and dishwashers that potentially could have been obtained without Job Corps training.” The audit also found Job Corps had placed nearly one in five graduates in jobs that “did not relate or poorly related to the students’ training.”

The new report suggests that Job Corps’ biggest beneficiaries may be government contractors, not rookie job seekers. Job Corps spent more than $100 million between 2010 and 2011 on transition-service specialists to place students in a job after training.

The IG looked at 324 of those who graduated from the Job Corps and discovered that only 18 managed to find work.

Those dorms that one student described as a prison? The Job Corps touts those as its “greatest virtue” even though evidence shows some centers have “played down or covered up episodes to make it appear that their facilities were better run than they appeared” like the North Texas camp:

North Texas was one of worst, officials said. Fistfights were commonplace. Drug use was so rampant that one student filmed another snorting white powder off a textbook in the middle of a class in 2014. A student was sexually assaulted in his bunk by several other male residents of his dormitory, which the center’s management did not initially report to the local police, as required by law.

In 2015, five students at a camp in Florida “allegedly murdered 17-year-old classmate Jose Amaya Guardado with a machete, hitting him ‘until the victim’s face caved in.'” The IG report noted that the camps “had ‘failed to report 40% of potentially serious criminal misconduct incidents’ to the police,” including “’physical assault, weapons possession, narcotics possession or sales, and other events that indicate a student was a danger to himself or others.’”

President Donald Trump tried to cut the Jobs Corps program out of the budget, but as I stated before, it’s a sacred cow. It’s another chance for people to throw the word racist at the president since the program enrolls a good amount of black and Hispanic students.

Officials in President Barack Obama’s administration wanted to shut down the lowest performing centers, but Congress said no way. Only three were shuttered, including the one in Florida that had the 2015 murder.

Mr. Acosta said he wanted to break that impasse by using new performance measures to force companies to focus on moving students into jobs. Reimbursements have historically been pegged to benchmarks like graduation rates and certificate programs, which are important but do not necessarily lead to employment.

Mr. Acosta, two officials familiar with his plans said, is considering turning 10 to 12 of the 123 existing centers into pilot projects — the most sweeping changes he can make without congressional approval. He has reached out to governors in several states to gauge interest in converting existing centers into pre-apprenticeship academies based on the National Guard’s YouthChallenge program, a 17-month program for high-school-age youths.

He is considering increasing department partnerships with community colleges based, in part, on a successful collaboration between the Ottumwa, Iowa, center and local educational institutions.

Closing low performing centers is still on the list. Maybe Congress will listen now since The New York Times and The Wall Street Journal have detailed the Job Corps many shortcomings.

If a program that has been around for ages isn’t working, it’s time to scrap it.

This is the trouble with government programs, they rarely end, the usual solution is throw more money at it. Why?

We have a ton of social programs, why have so many going that are money pits and opportunities for politicians to pat themselves on the back with zero gains, or at best little work toward the desired outcomes.

One thing that struck me while reading history is about how England broke from the Catholic faith, sure, there were a few times when Catholics were welcomed and part of government, but it always turned from that back to the Church of England. That was all decided upon because of allowing a divorce. Hundreds of years ago. And the faith of England was set for all time, even with welcoming other faiths, it isn’t THE faith.

We do the same thing with government programs and agencies. There are many that are redundant, which overlap, yet they are never trimmed back, or combined so they save the taxpayers some money.

“The IG looked at 324 of those who graduated from the Job Corps and discovered that only 18 managed to find work.”

Hey, remember back in 2014 when Obama targeted for-profit colleges with ‘gainful employment’ policies? These policies contrasted student debt burden vs employment upon graduation.

If unacceptable ratios were determined, the Feds cut off loan and grant $$$ from those colleges, and many went out of business as a result.

But massive debt incurred by tax payers for failed programs? NO PROBLEM.

You know why these kids don’t find work? Mostly for the same behavioral reasons they got sent to job corps.

They have a hard time teaching character to teenagers.

The ‘solution’ will be more Federal subsidy. That lack can be the only explanation for the program not working yet.

“The adults are making money, the politicians are getting photo ops. But we are all failing the students.”

What makes her think helping students was ever the real goal?

I knew two people who worked for a state social services department and both were given warnings regarding their performance. Both were moving too many clients from a welfare check into a job. One fell in line and retired from the department. The other told them he went onto the field to help people, not to get a paycheck or promotions. He was terminated. The system is about the employees not the victims, I mean clients.

The adults are making money, the politicians are getting photo ops.

There you go. It’s a success.

One can always define “success” differently, but that doesn’t matter much. It’s much like NATO: the people who benefit will make sure it stays around.

It takes Business people who expect results, to determine that a bloated government program is not producing results. In business, such an organization would go out of business. It sounds like they’re going to have to take an Orange and turn it into an apple.

Jobs Corp NEVER worked. Giving easy make-work to the dregs of America in the hopes of bettering them is a fool’s errand.

The only real jobs program that ever really worked was the post WWII VA education program. That’s because in that era lots of smart, hardworking young men from farms and factories could not get into college due to financial reasons and other issues. In today’s world the pendulum has swung too far to the other side and any lazy idiot slacker can get into college.

Here we see real world results of centralized government planning of jobs and jobs training. Yet we have major Democratic candidates in this election cycle talking about “guaranteed jobs” programs. Not The Onion, but actual major-party candidates. Scary times.

You can’t reform something that’s fundamentally flawed like this. Shut it down.

They should put Mike Rowe on it.

Even better would be to end the program and give one year’s money to Mike Rowe’s WORKS foundation as a one time gift.

This is a Program that does NOT need reform – it should be eliminated. Job training is not a constitutional function, it should be left to private businesses. A robust economy will create its own “job training” – if the government will get out of the way.