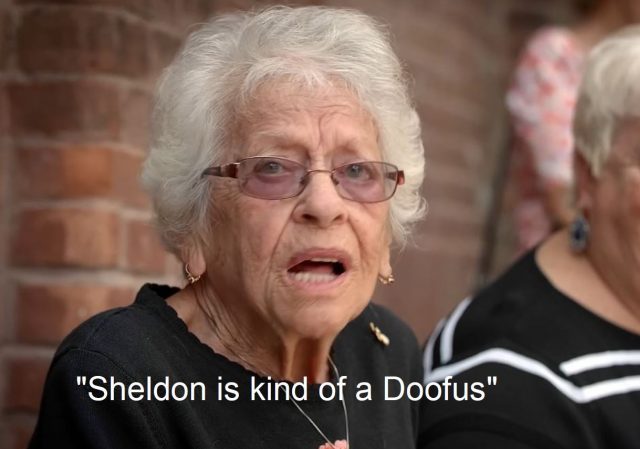 This race, rated as safe for Whitehouse, should not be ignored. I explained why in my August 5, 2018 post, RI Senate Race could be the big surprise of 2018.

In order for Flanders to overcome Whitehouse’s near-universal name recognition, enormous bankroll, and Democrat-friendly electorate, the Flanders campaign is going to have to do a lot of things right. Flanders needs to peak on Election Day, with a fed up electorate going the polls out of disgust to vote in a rough Governor’s race pulling the anti-establishment lever for Flanders.

One of the things Flanders needs to do is to define Whitehouse, and to make it stick. I wrote:

What I see in Rhode Island is a race that could shape up as a narrative of an undistinguished elitist highly-partisan professional politician from a wealthy blue blood family line obsessed with liberal issues not directly relevant to Rhode Islanders (Whitehouse) versus an independent non-politician from a working class background who rose to prominence in law through his own efforts, ultimately serving on the Rhode Island Supreme Court among other accomplishments (Flanders).

Don’t underestimate this narrative if it takes hold.

Flanders also needs to generate free media. With a miniscule war chest compared to Whitehouse, Flanders can’t match Whitehouse in an on-air battle unless Flanders does it in a way that earns media coverage and forces Whitehouse onto defense.

The Flanders campaign apparently has decided that the way to define Whitehouse is to mock Whitehouse’s obsession with climate change. It was a theme in Flanders’ initial campaign ad, which both introduced Flanders as a Senate candidate and mocked Whitehouse:

Sheldon Whitehouse is so obsessed with climate change, it’s become something of a joke, so it makes sense for Flanders to focus on that. It’s far removed from the reality of Rhode Islanders’ day-to-day lives, and it’s something that is prone to scaremongering.

Just yesterday, Whitehouse ” tweeted how The Flood Is Coming: 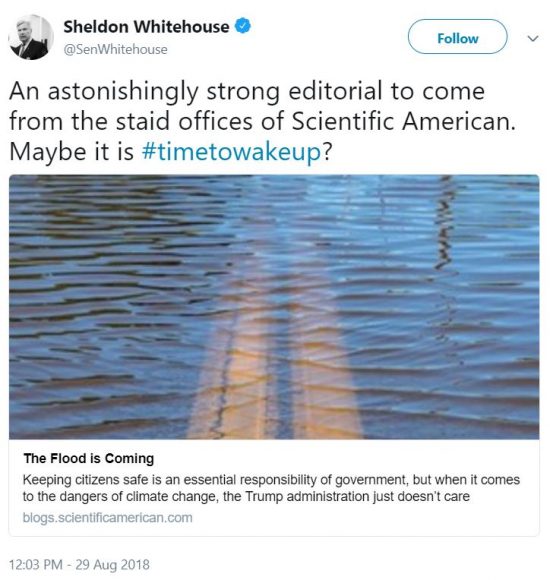 Flanders has rolled out his second TV ad focusing again on Whitehouse and Climate Change, ending with an older woman calling Whitehouse a “Doofus”:

It may seem to an outsider that calling Whitehouse a “doofus” is needless name calling. But I bet if you stopped Rhode Islanders on the street and asked for word association with Whitehouse, that word (or something similar) would be popular. I don’t know if the Flanders campaign focus grouped it or just did their own word association, but I suspect it’s not for nothin’ that they chose that line of attack.

Well-known local lawyer and Flanders friend Dick McAdams summed up what might be the Flanders strategy:

“Everyone I know would rather have a beer with Bob than a chardonnay with Sheldon.”

Whitehouse can hardly complain about name calling since he compared opponents of Obamacare to Nazis during Kristallnacht and people who lynched blacks. Dana Milbank at WaPo noted at the time:

Can Flanders brand Sheldon the Doofus like Trump branded “Low-Energy Jeb” and “Little Marco”? Such branding only works if there’s some truth to it.

The ad has earned plenty of free media, including a report in The Providence Journal:

Infused with a heavy dose of humor and a kazoo, the 30-second spot features an actor, identified as Sheldon Whitehouse, answering every question he is asked, including the speed he was driving and the wine he prefers, with the same answer: “climate change.”

“If climate change is your only issue, Sheldon Whitehouse is your senator,″ an unseen narrator says. “Sheldon is kind of a doofus,″ adds a gray-haired woman, with a quizzical look on her face….

Flanders’ spokesman Robert Ensign said the new ad — the second Flanders has aired since announcing his candidacy — is running on all three networks, cable and digital media through September. Asked the size of the buy, he said, “the campaign put $125k behind the ad.” He said the ad will run “through September.″ 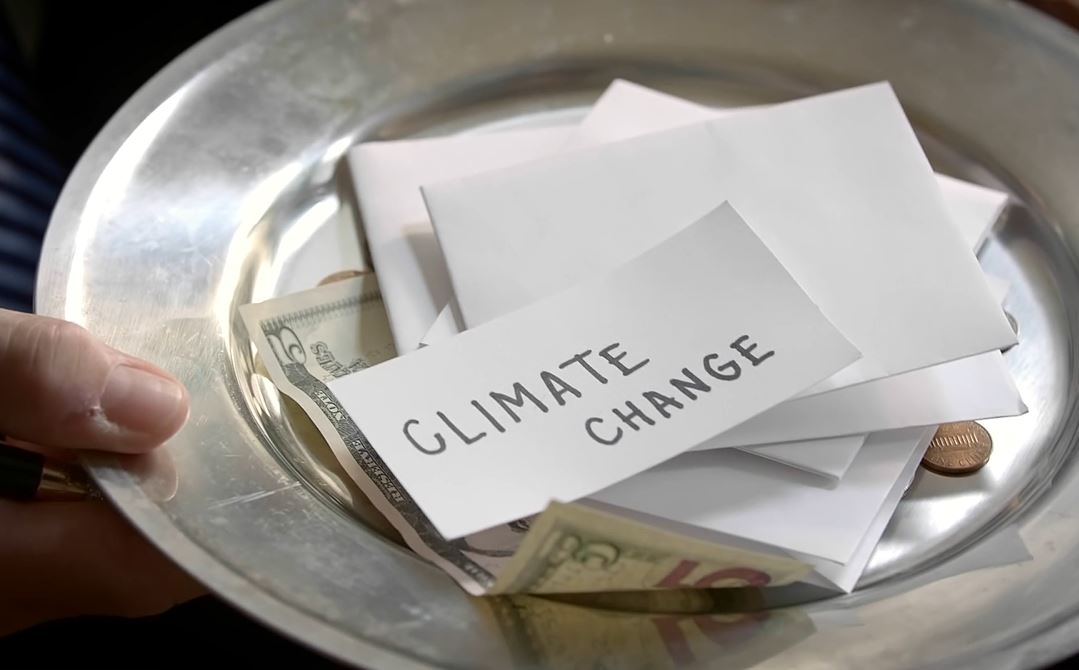 There also was coverage of the ad in GoLocalProv and WPRI.

A $125,000 ad buy goes a lot further in Rhode Island than in most states, but it will be small change compared to the boatload of TV ads we can expect Whitehouse to drop after Labor Day.

The question is, will Whitehouse go negative?

If he does, it will be a sign that Flanders is making progress, and Whitehouse is on defense.

She’s a lady from a generation that was polite. So, she cushioned the blow a bit.

Sheldon is kind of a doofus is too long for a bumper sticker but it makes an attractive hash tag.

Rhode Island is America’s #2 state for coastline-to-area ratio. The implication of that is that a relatively large proportion of the state’s electorate lives close enough to the seacoast to know, for an absolute observable fact, that the hogwash about rising sea levels—the most obvious consequence of “global warming”—simply isn’t happening. In other words, the whole AGW thing is crap.

That assumes they actually look at the sea, and realize what they’re (not) seeing. Many or most will have the opposite reaction: everyone who knows anything tells them the seas are rising, and are bound to rise even more, so it must be true. If they haven’t noticed anything then it must be their perceptions playing the old frog-being-slowly-boiled trick on them. And being so close to the coast will put them in the first rank of victims. OMG the flood is coming, and this Flanders guy literally wants to drown my babies! Save us, Sheldon!

Rhode Island born and raised, I can tell you that the people who have shoreline property are in Doofus’s tax bracket, and probably funding his campaign. If they’re concerned with global warming at all, it’s because they’re worried how it will affect their property values.

As in most states, there are no blue-collar workers with ocean front property. Doofus is playing to his base, but that alone won’t get him elected. Unfortunately, Rhode Island’s working people regularly allow themselves to be sold a bad bill of goods. One of the reasons I’ll never go back.

Same here, Pawtucket. I would never go back in a million years. RI is not a state, it’s a state of mind. Joe Dooley and Buddy made RI as bad as Chicago and the Daly machine.

Remember back around 1990 when so many climate change alarmists were telling us that by the year 2020 cities such as NYC would be flooded? It doesn’t take much observation power to see that this is not coming true today.

Democrats as a whole lack the curiosity to do any independent verification of their leader’s claims, they simply accept them no matter how outlandish, like ‘Trump is a Nazi!’. It’s a defining trait of Democrats and make them behave in a sheep-like fashion.

I dunno. Look at the number of doofuses that are in DC right now that are Demorats. My God where to start! Maxine, Tipover Johnson, Shelia “Mars one” Jackson Lee, the moron from Hawaii, Pelosi, Boxer is gone but now Feinstein is gone around the bend, shifty Schumer, ethically challenged Blumenthal, Bob “Lock me up” Menendez, “We’re all going to die” Whitehouse. These are idiots that they have already elected. How is exposing another one going to make the Dems vote for someone else?

Doofus is better than starting out calling your black opponent a MONKEY.

Yeah – I know he didn’t – but I sat and watched the news during breakfast, and that’s all the news & chyrons were focusing on.

Great when your backers can BUY THE MEDIA (Gillum/Soros/Steyer), but a governor running on a platform of IMPEACH TRUMP, is pretty wacky too.

They picked the right kind of person with just the right tone, a bit of disappointment.

I’m on the ground in RI. If Gina Raimondo’s re-election bid angers her detractors enough to energize them, Flanders might have a chance at beating Whitehouse. But the folks out in the burbs are resigned to having a jerk in the senate and aren’t enthused enough about Flanders to do much about changing it. They spread the anger at Whitehouse over the entire Senate, and RI having a Democrat is in the mix. But they really want Raimondo gone from the state house. Right now the only actively campaigning candidate out here in the sticks is Joe Trillo, the independent candidate for governor. He has signs up and is making appearances. People think the race is between Raimondo and Trillo, and no one thinks an independent candidate can win. Just be a spoiler.

Sheldon is a doofus. That’ll stick.

How about, ‘Beta-Beto O’Rourke is a stud’?

Notice how pathetically and intellectually low the ‘doofus’ remark seeks to penetrate. The left sure knows its base: having control of two generations of students, they created them.

Keep an eye on conservative evangelicals, Jews and Latinos
http://www.golocalprov.com/politics/ri-coalition-for-israel-endorses-flanders-for-senate