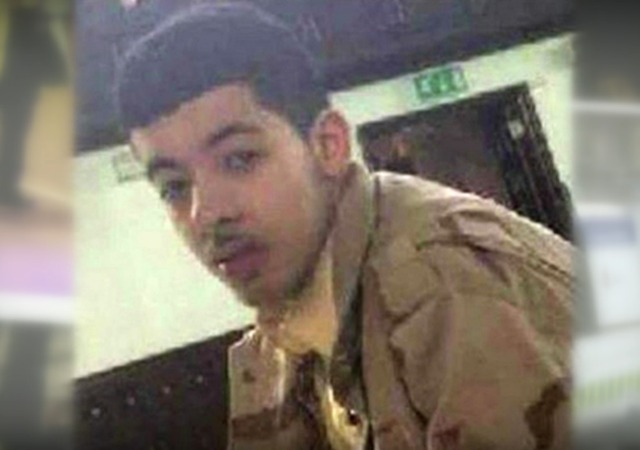 Reports have emerged that the Royal Navy rescued Salmen Abedi, the man who killed 22 people at an Ariana Grande concert in Manchester last year, a few years ago from the Libyan civil war.

People on the HMS Enterprise rescued Abedi and his brother Hashem along with 100 British citizens in 2014. From Sky News:

A government spokesman said: “During the deteriorating security situation in Libya in 2014, Border Force officials were deployed to assist with the evacuation of British nationals and their dependants.”

It is understood Abedi’s name was on a list of stranded citizens handed to the crew in charge of the evacuation.

Until a month before his rescue, Abedi was being monitored by UK security forces. The review into the Manchester attack found that, based on the information available at the time, the decision to close his case was sound.

Hashem Abedi is currently held in jail in Libya by a militia group, but the British government has requested his extradition to face trial for his involvement in the Manchester attack.

That case around Abedi “was deemed to be a case of mistaken identity.” MI5 received new intelligence months before the case, “which, ‘had its true significance been properly understood’, would have caused a new probe to be launched.”

The New York Post reported that Abedi traveled to Libya regularly to visit his parents. During the time of the rescue, he “was taking a gap year from Manchester College.” His parents moved back in 2011 as the country rebelled against dictator Muammar Gaddafi. A Wall Street Journal article from 2017 said Abedi returned in 2011 with his family to take part in the rebellion with the Tripoli Brigade militia.

Unfortunately, Muslim refugees being “ungrateful” to their host countries is not that unusual. Taken literally, many parts of the Koran totally justify treating non-Muslims badly – as well as believing that any aid non-Muslims offer Muslims is not because the non-Muslims are good people, but because Muslims are better people so it’s only their just due.

I’m no longer surprised when I read about a jihadist immigrant whose family hated their host country while living better on the dole than they did back in the old country. Paying tribute to muslims for the crime of not being Muslim is a quite orthodox reading of the Koran.

All over the world. It is hard to understand how so many people willfully deny that Muslims are trouble in the face of overwhelming evidence that they crap on everyone who is stupid enough to buy Islamic propaganda. Churchill was dead right about Islam.

The incredibly BIG question is: Why is the West doing/tolerating this whole situation?

Surah 9,29 explained by a contemporary UK Muslim, Anjem Choudary; in summary, we the kufir [non-Muslims] are to work, and Muslims take part of the kufirs’ earnings to support Muslims. That’s the jizya tax,

Saudi Arabia can take in Muslim refugees. They don’t need to go to Europe or America. They wouldn’t even know American existed without Europeans discovering it anyway.

But they don’t. Isn’t it interesting that the UN does not push them to do so?
I don’t think Qatar takes them either.
It’s almost like…..hijrah.

Leave the snakes where you find them.

the Religion of Pieces is incompatible with civilization.

All Western countries need to start tossing all these peaceful people back, like we do with fish, where a few can become big fish by eating their fellow little fish.

And the frog is surprised when the scorpion stings him again. You know if only there were thousands of such attacks and authorities screaming over and over again for the death of the west we might be able to prevent it from happening.

What could we possibly do?

We could wipe them out in large numbers until they beg for peace. Islam is an environmental disaster, much like locusts.

No need to “wipe them out in huge numbers”, just no need to “take them in in large numbers”.

Iran is a corrupt theocracy than preys on it’s own people.
Pakistan is our “ally” while also allying with the Taliban to keep their options open.
Saudi Arabia’s ruling family either pretends to be pious while being not, or finances both the spread of jihadi mosques and actual jihad.

There’s no not crazy-green reason for the US to be dependent on foreign oil, and even the Europeans could slough off their addiction (at the cost of addiction to Russian oil). Better than warring on the crazy MFs, make them irrelevant (and poor) and the rest of the world can live comfortably in the 21st century, leaving them welcome to the 14th.

If we MUST take in refugees from the Middle East chaos, take the Christians and (Islamic) “heretics” who have no safety anywhere in the ME, let the Sunni and other mainstream Muslims be taken in by their co-religionists.

Britain, like France and Germany, are lost. It’s only a matter of time.

Never let a rabid dog in the house.