Vote Republican, or make a pro-life film, and you’ll suffer the consequences. 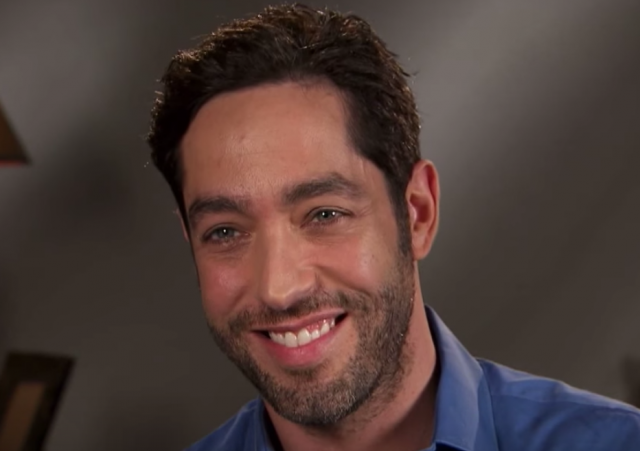 Once every year or so a mainstream reporter captures how Hollywood conservatives are treated like second-class citizens. And that’s being kind. It’s the new Blacklist, albeit one liberal stars appear happy to ignore.

The film is working under extreme secrecy in part due to serial attempts to derail the project. From the Hollywood Reporter:

At Louisiana State University, [co-director Nick] Loeb says, “we were told we were rejected due to our content, even though it will be a PG-rated film. They refused to put it in writing, but they told us on the phone it was due to content.” At Tulane, where Loeb is an alum, the film shot one day, but after the school newspaper reported on the nature of the project, producers were denied a second day of shooting, according to Loeb. (Both Tulane and LSU say logistics were the problem, not the content of the movie.)

The filmmakers won’t reveal the project’s investors. Perhaps they fear retribution, too? There’s more to the story, though. Many people in front of the camera and on the crew have bailed on the project after learning the script’s pro-life tone. It’s certainly fair for talent to choose material that suits their life choices, but that’s not the whole story.

For Hollywood conservatives, this kind of treatment is hardly new.

In 2014 actress Maria Conchita Alonso quit a play due to pressure from her peers. Her crime? She recently had appeared in a commercial for a GOP politician.

The director of the conservative documentary “2016: Obama’s America” said several crew members worked under assumed names for fear of professional blowback from their liberal peers.

In 2016 The Hollywood Reporter inadvertently noted the discrimination conservatives face in the Age of Trump. This shocking paragraph was buried deep in an article.

While THR spoke to dozens of Trump voters, few wished to announce their support, citing their desire to avoid backlash from co-workers. One makeup artist, for example, says longtime clients stopped hiring her after learning she was a Republican.

Comedienne Heather McDonald, a Republican, said she once attended a Friends of Abe meeting. The group consists of Hollywood conservatives who meet in secret for fear of hurting their careers.

“I thought they were being dramatic,” she says of the group’s clandestine nature. “Then I started working on ‘Chelsea Lately’ … I had no idea [Republican] was such a dirty word.

I’ve spoken to a well-known conservative actor who scrupulously hides his political leanings for fear of professional backlash.

Roe vs. Wade remains one of the most difficult subjects facing the nation. Any film exploring the topic could be incendiary. Does that mean Hollywood forces should align against its production?

Apparently so, and up until now none of Hollywood’s biggest names are speaking out against the effort to squash the project.

Christian Toto is editor of HollywoodinToto.com

Miss you on KOA. Becoming a regular contributor here at LI?

It has always been my unproven contention that Hollywood has screwed over conservatives as irrational/unrelated payback for the blacklist era.

Colonel, help me out with this. Wasn’t the blacklist era about keeping Communists out of Hollywood? Yet, there were Communists and Communist sympathizers in Hollywood, no? So it wasn’t just making films that promoted Communism, but the prevention of films portraying Communism in a negative light. Was anyone brought before the House Select Committee on UnAmerican Activities, who was accused of being a Communist, who wasn’t?

It may be blow back, it maybe another front on the continuing war for Truth, Justice, and the American way of life. Hollywood seems to have attracted liberal leftists. Perhaps that is because liberal leftism tolerates degenerate morals and perverted behaviors, and conservatism doesn’t.

The next time someone tells you the Left supports Freedom of Speech or of the Press (Media, whether for news or artistic), show them this article.

I still don’t know why there aren’t more people like Tyler Perry to that are willing to independently build their own enterprise and thumb their nose at the established Hollywood power brokers. Just build a completely parallel system that isn’t bigoted and would employ all actors and make films to entertain and not just proselytize.

I know Perry isn’t completely conservative but his business principles are mostly.

Is it that the distribution is the biggest part of the cabal?

Evolution of human life from conception. A coherent nervous system from around two months. Elective abortion of a wholly innocent human life, without a voice to protest, literally disarmed, and tortured before a summary sentence of capital punishment?

The wicked solution, the final solution, is attracting public, external attention. This is familiar territory. Pro-Choice is two choices too late.

We know that a human life evolves from conception. So, the question before us is: when and by whose choice does a human life acquire and retain the right to life?

Is there a right to abort a human life for causes other than self-defense?

How does a civilized society reconcile the rights of the mother and child, separately, and together?

Please identify those Liberals who attack Conservatives/Republicans and put their names out for all to see. We must fight back against this BS and make an example of them.

“…those Liberals…” are cowards, and fight from the mob or the shadows, where they can’t be identified. Evil loves the darkness. SJWs only attack with superior odds and chances of victory, and have little to do with reason but much to do with emotion.

I’ll simply add, “Life in prison for all abortionists on demand, and without apology!”

n.n
You have something to say, but at least use a dictionary now and then. The words development and evolution are two different words with two separate meetings. I have a friend who throws words into a conversation because they sound good to their ear while neither knowing or caring what the word actually means. They are still a friend, and that habit is still f’in annoying.