Represents “a significant confidence-building measure on the part of North Korea.” 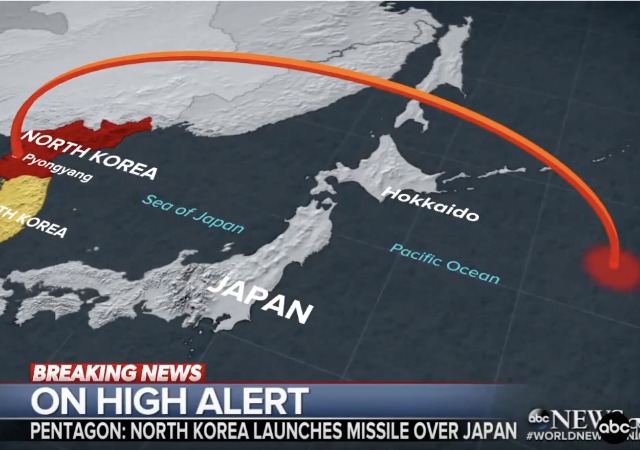 It’s been 6 weeks since the Singapore Summit between President Donald Trump and North Korea’s Chairman Kim Jong Un, which ended with the signing of a joint statement,.

As a reminder, the agreement included security guarantees for North Korea, a reaffirmation of the denuclearization of the Korean Peninsula, recovery of soldiers’ remains, and follow-up negotiations.  And while the first post-Singapore summit did not seem to produce significant results on any front, a new report indicates that there may be some real progress on the path to formally ending the Korean War.

…Most notably, these include the rail-mounted processing building—where space launch vehicles are assembled before moving them to the launch pad—and the nearby rocket engine test stand used to develop liquid-fuel engines for ballistic missiles and space launch vehicles. Since these facilities are believed to have played an important role in the development of technologies for the North’s intercontinental ballistic missile program, these efforts represent a significant confidence building measure on the part of North Korea.

Commercial satellite imagery of the launch pad from July 20 shows that the rail-mounted processing/transfer structure has been moved to the middle of the pad, exposing the underground rail transfer point—one of the few times it has been seen in this location. The roof and supporting structure have been partially removed and numerous vehicles are present—including a large construction crane.

An image from two days later shows the continued presence of the crane and vehicles. Considerable progress has been made in dismantling the rail-mounted processing/transfer structure. One corner has been completely dismantled and the parts can be seen lying on the ground.

38 North included several graphics in their analysis, with comments on the status of the deconstruction.

New commercial satellite imagery of the Sohae Satellite Launching Station indicates that the #DPRK has begun dismantling key facilities, including the rail-mounted processing building and and the nearby rocket engine test stand.https://t.co/ffdQ23QaWG

A Wall Street Journal interviewed one of the 38 North analysts, who affirms that this is a very positive development.

The moves to dismantle facilities at Sohae, on the country’s northwest coast, in contrast, “represent a significant confidence-building measure on the part of North Korea,” said Joseph Bermudez, an analyst for 38 North.

Mr. Bermudez, relying on commercial satellite imagery from July 20 and 22, said that given the progress of the activity, the dismantling had likely begun in the past two weeks.

“These facilities are believed to have played an important role in the development of technologies for the North’s intercontinental ballistic missile program,” Mr. Bermudez said of the rocket engine test stand and assembly plant.

To confirm the trend of moving toward peace, the two Koreas are preparing to install railways to reconnect the two nations.

South and North Korean officials inspected a section of the railway along the North’s east coast, Friday, as the first measure following an agreement to modernize the North’s railroads and reconnect the lines between the two Koreas.

…Within this month, the Koreas will inspect railways along the east and west coasts in the North, stretching from Mount Geumgang to the Tumen River, and from Gaeseong to Sinuiju, respectively. After completing inspections, the Koreas will draw up plans on construction, traffic and communication systems.

The North’s railway system is known to be dilapidated and is expected to require much work to modernize it.

Until denuclearization occurs, the railways will remain unconnected. However, the actions indicate that both Koreas are preparing for the exchange of goods instead of ballistic missiles.

There is one more data point to add in this post-Singapore review: Instead of reviewing nuclear weapons facilities, North Korea’s leader is now inspecting sapling farms.

His trip to the farm is seen in line with North Korea’s stepped-up push for reforestation of the country by improving sapling cultivation techniques and planting more trees.

North Korea earlier agreed with South Korea to cooperate in protecting their forests along the inter-Korean border and other areas from damage caused by harmful insects. 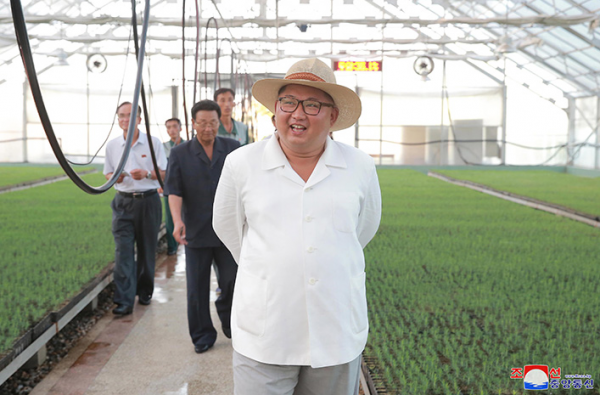 Here’s to hoping we can report even more progress in 6 more weeks.

What?!? How can this be?!!? I thought the Washington post just did a big story on how Trump was frustrated that the Norks weren’t taking any action and that they were refusing to cooperate. Surely their secret inside sources could not have been wrong (or nonexistent)!?

On a serious note, the attempts by the Media to construe as nothing the biggest diplomatic accomplishment in the last 30 years is really very pathetic.

Bezos should really rename the paper to The Washington Pathos.

Why its almost as if you just think the exact opposite of what the media is saying and that is the truth!

A second thought…if its confirmed that the Norks have denuked themselves then how long will it take for Trump to be awarded the Nobel Peace prize?

That would beat getting Time’s Man Of The Year cover!

I guess these awards are just not given out for actual physical things any more eh. Much better giving them to someone who’s only achievement was to get elected President 🙂

Obama’s award was for not being Bush.

I was assured by NPR this morning that the dismantling of the Nork facility was trivial, nothing to see here, has nothing to do with the Kim/Trump meeting, and perhaps it was even a bad sign indicating … something bad, of course.

Not enough popcorn in the world to sit back and enjoy the way the Left is coming apart at the seams.

Should I include the never-Trumpers in this, clutching pearls at how Trump has diminished the power of threats and Iran may “miscalculate” as a result?

Not, mind you, that I recall Trump ever threatening military action against the wishes and interests of S. Korea and Japan unless Kim attacked first. Perhaps this argument was based not on the words used but on “appearing threatening”. N. Korea’s propaganda had the US ready to invade at the drop of a hat, but I never saw any genuine signs this was being threatened.

Over at the Washington ComPost the “newsroom” is no doubt funereal, along with the offices of the House and Senate Minority leaders.