“Comedy is not assembled, it’s not like putting together a boy band where you put together one of this, one of that everyone is represented.” 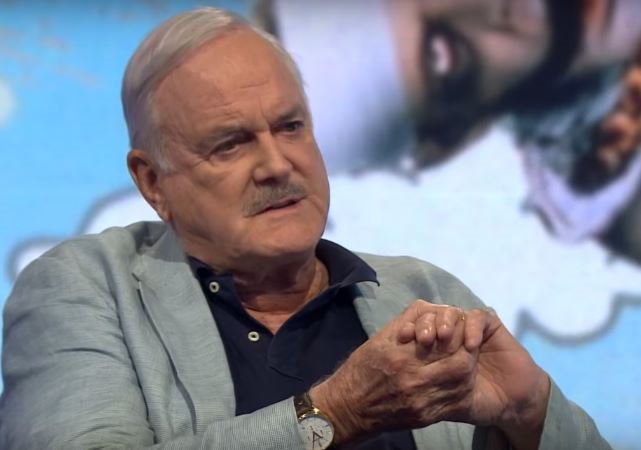 The company’s passion for diversity means it will tell stories “that haven’t been told and the voices we haven’t yet heard,” according to Shane Allen, the company’s comedy controller.

That’s not all, though. Allen went on to blast the iconic troupe Monty Python as being a comedy relic.

“If you’re going to assemble a team now, it’s not going to be six Oxbridge white blokes. It’s going to be a diverse range of people who reflect the modern world,” he added.

Two of the original Monty Python players begged to differ. Terry Gilliam, the group’s sole American and a highly regarded director in his post-Python life, offered a decidedly un-PC response.

“It made me cry: the idea that … no longer six white Oxbridge men can make a comedy show. Now we need one of this, one of that, everybody represented… this is bull-bleep. I no longer want to be a white male, I don’t want to be blamed for everything wrong in the world: I tell the world now I’m a black lesbian… My name is Loretta and I’m a BLT, a black lesbian in transition….”

“Comedy is not assembled, it’s not like putting together a boy band where you put together one of this, one of that everyone is represented.”

No. A nasty slur on the handicapped !

Get your priorities right… https://t.co/vW8Q9gwUj3

BBC’s Head of Comedy puts Monty Python’s lack of originality down to a surfeit of education and racist bias. Unfair! We were remarkably diverse FOR OUR TIME. We had three grammar-school boys, one a poof, and [Terry] Gilliam, though not actually black, was a Yank. And NO slave-owners.

This isn’t a new fight for the “Fish Called Wanda” star. Cleese’s attacks on the stifling P.C. culture began several years ago. While modern comics like Amy Schumer and Seth Meyers strain to play by the P.C. rules, Cleese isn’t ready to surrender.

“The idea that you have to be protected from any kind of uncomfortable emotion is one I absolutely do not subscribe to,” he said in a 2016 video addressing PC sensibilities.

Cleese remains firmly on the left, using much of his time to smite President Donald Trump. But he fully realizes how political correctness stifles humor and the creative process.

Monty Python thrived throughout the 1970s, from the group’s iconic TV show to movies like “Monty Python and the Holy Grail” (1975) and “Monty Python’s Life of Brian” (1978). Ironically, another comedy institution born in that era, “Saturday Night Live,” rarely addresses P.C. concerns like its British counterparts.

Those Not Ready for Prime Time Players blazed new trails for humor during the Carter era. Their modern counterparts could learn a thing or two from the surviving Python players.

Christian Toto is editor of the conservative entertainment site HollywoodInToto.com.

Hey, how can they dare to knock progress from progressives? This is the left, they are part of it, so suck it up Cleese, you helped make this bed, warts and all, and you are a newt no longer, though you didn’t get better.

Cleese is pretty far left…he’s getting his dessert.

Q. How many BBC execs does it take to screw in a lightbulb?

it’s not going to be six Oxbridge white blokes. It’s going to be a diverse range of people

Racism denies individual dignity and judges people by the color of their skin. Diversity is a relic of a liberal (i.e. divergent) era when slavery, racism, and elective abortion (i.e. denial of life deemed unworthy, reduction of life to colorful clumps of cells) was progressive (i.e. monotonic). Perhaps he would like to qualify his bigoted (i.e. sanctimonious hypocrisy) remark. It’s so Nazi-like in principle and practice.

Monty Python did not help make this bed. They were always equal opportunity in the targets of their humor.

Blatant diversity, with an educational or economic enhancement a la “Jew privilege” that is today’s “White privilege”.

Cleese told Vulture.com that P.C. thinking “starts as a good idea and then gets taken ad absurdum

Yes, he’s a Leftoid, for sure.

P.C. thinking is censorship. It isn’t a good idea at the start or at any other time.

Cleese thinks some is good … as long as it’s the right censorship. As they say over there in ye olde world … sod off, you sorry old git.

To Cleese: Sod off you aging, brilliantine stick insect.
(Points if you get the reference.)

No comedy act before or since could ever touch “The Life of Brian” or “The Holy Grail.”

You are excluding “The Meaning of Life” then?

Oh. Quite right. None of that rot!

A’right then. Off we go.

No one expects the diversity safe-space inquisition!

If you’re going to assemble a team now…

One of the biggest flaws of leftism. Everything has to be “assembled”. Nothing can be left to chance, for fear the results might fall outside their narrow definition of what’s acceptable.

To the BBC execs: I fart in your general direction!

Man, I sure am glad we threw off British rule back in the day.

BBC is trying it outside of comedy as well. Case in point, the next Doctor Who will be played by a woman. Maybe it will work, but my bet it spells the end of the Doctor Who phenomenon.

I don’t see why. I’ve long been expecting one of the Doctor’s regenerations to be female, and am surprised it’s taken so long. I actually started writing a fanfic story, back around 1980, another multiple Doctor episode, in which the thirteenth Doctor comes back from the future and she is a woman.

That explains so much.

The company’s passion for diversity means it will tell stories “that haven’t been told and the voices we haven’t yet heard,” according to Shane Allen, the company’s comedy controller.

Yeah, but will they be funny?

I guess that’s not the point.

As funny as the new Top Gear. Only the BBC could make it into a car show.