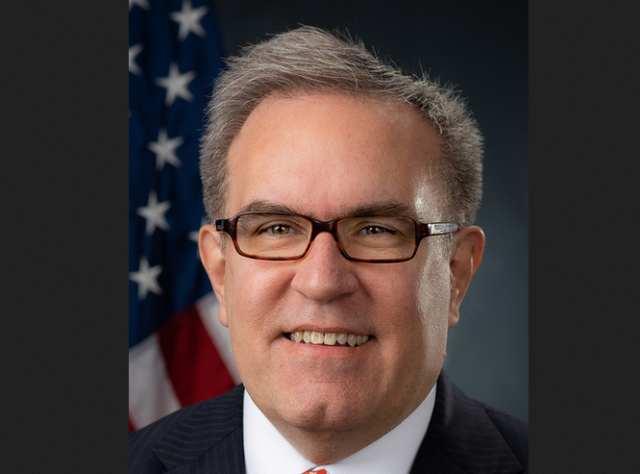 The last time we visited the Environmental Protection Agency, its regulation-slaying head Scott Pruitt had resigned over “the unrelenting attacks” on him and his family, which “are unprecedented and have taken a sizable toll on all of” them.

As I suspected, the left’s victory over Pruitt was hollow. Acting EPA Chief Andrew Wheeler has directed the agency to ease Obama-era standards on the disposal of coal ash, a move expected to be the agency’s first revision of the standards.

The EPA states that the relaxed rules will save affected utility companies $28 to $31 million a year in regulatory costs.

“These amendments provide states and utilities much-needed flexibility in the management of coal ash, while ensuring human health and the environment are protected,” Wheeler said in a statement. “Our actions mark a significant departure from the one-size-fits-all policies of the past and save tens of millions of dollars in regulatory costs.”

…The EPA states there are 663 active ponds serving 321 plants and 286 active coal landfills serving 204 power plants. There are 111 additional “inactive ponds” that no longer accept waste.

Experts indicate that softened federal regulations governing coal ash disposal will not have any effect on the scope or pace of state and local efforts to eliminate storage basins for the waste product. An attorney for one North Carolina Company indicates that the process of handling coal-ash waste will remain environmentally responsible.

The EPA’s recent backtracking on its “Coal Combustion Residuals Rule” has no effect on requirements for Duke Energy to comply “with all other laws, including the Coal Ash Management Act and the federal Clean Water Act,” said Frank Holleman, a senior attorney at the Southern Environmental Law Center in Chapel Hill.

The EPA says the changes will let states address coal ash contamination on a case-by-case basis. The changes also allow state officials to suspend groundwater testing if they can show contaminants won’t migrate away from coal ash sites and could give them the ability to certify if a facility meets standards without a technical expert.

Environmental activists are taking the move with as much serenity and acceptance as you might expect.

“This indefensible gutting of our nation’s first-ever coal ash pollution control rule cements the shameful environmental legacy of the Trump Administration,” said Lisa Hallowell, a lawyer with the Environmental Integrity Project, a group co-founded by a former director of the agency’s office of civil enforcement.

I wonder how long it will take our planet to recover from the disaster that is our current EPA https://t.co/EG4Tjsm3ns

The Trump administration is actively trying to bury science that could have major effects on our health. This could paralyze the EPA we need to fight back.
Check this out folks Pruitt was a weasel this new idiot again comes from coal and doesn’t care where the dump the tailings #

Scott Pruitt’s acting replacement, Andrew Wheeler, is a former coal lobbyist and climate-change denier. The attempt to dismantle the EPA from the inside continues — we must continue to push back against efforts to harm our environment. https://t.co/cgn6jFt4LL

Now, this is change I can believe in!

Now just imagine the justice dept if we got rid of tha traitor sessions, and his fellow rats infesting the fbi.

Once again, the left’s second most hated amendment, the 10th, comes into play, making them responsible for their own industry-destroying regulations.

The left don’t hate the tenth, any more than they hate the first. They love it when it happens to support something they like, e.g. on “sanctuary cities”. They just think only they should be able to take advantage of it.

Let’s have the people along the Animas River tell us how wonderfully environmentally responsible the Obama EPA was. Scandal-free administration, my a$$.

The EPA merely dresses up a globalist anti-growth agenda in a nice pretty “We are the World” and “Save the World” package.

“The Trump administration is actively trying to bury science that have major effects on our health.”

And people will die? Again?

Good, I perished during the last 2 Climate Change Apocalypses Apocalypsies Apoca – disasters. So I’m ready to die dramatically when the Tailings Apocalypse.

When? Can we put this off till next Tuesday? I have a really hot date and only 2 lives left.

You died from the Climate Change Apocalypses?

Wow. I died from the repeal of Net Neutrality…

Seriously, poor Kamala, she’s pissed that people might be “climate change deniers”? I might be a global warming due-to-whatever denier, just like I was a global-cooling due to the same things they say now denier, but nobody is denying climate is changing. It’s been changing since the day Earth became Earth.
How come nobody is denying that the radical left is fudging the records? Bah!

So the tailings rule is the first adopted, but it’s so critical we can’t live without it – even though the country evidently lived without it for 200 years and our population grew and life expectancy grew.

Does anyone on the left ever try out their complaints on anyone before launching them publicly, just to see if they pass the laugh test?

That’s a relief. I was worried.