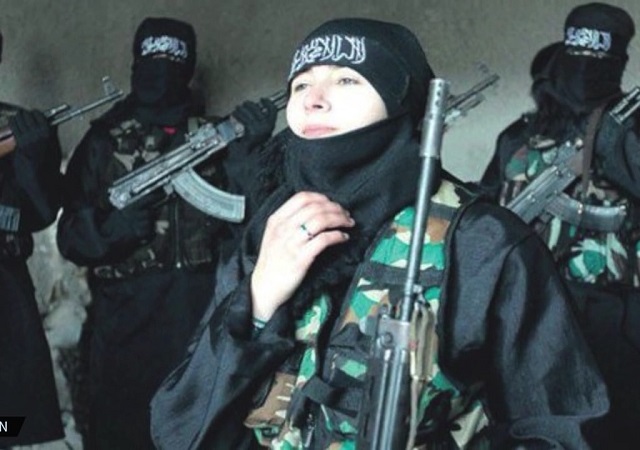 A UK court has convicted an 18-year-old female Islamist of plotting a terrorist attack in London. Safaa Boular, a member of an all-women Islamist terror cell, was found guilty of plotting suicide attacks on country’s foreign intelligence service MI6 and the British Museum.

The court sentence made Boular the youngest female to be charged with a terror offense in the UK. According to UK media reports, she was planning to ‘wear a suicide belt’ during the attack. Her mother and elder sister have also been charged for their involvement in the plot. All three now face ‘lengthy jail sentences’ for their role in ISIS terror plot, UK newspaper Daily Mail disclosed.

The girl initially planned to become an ISIS ‘jihad bride’ and tried to leave for Syria. The UK immigration authorities barred her from leaving the country following an airport security check in August 2016. Undeterred by the setback, she began scouting for potential targets on British soil.

UK newspaper The Independent covered the court proceedings leading up to the Monday’s conviction:

An 18-year-old woman has been found guilty of plotting a terrorist attack in London as part of the UK’s first known all-women Isis cell.

Safaa Boular enlisted her sister, fellow Isis supporter Rizlaine Boular, 22, after Safaa was remanded in custody over an attempt to travel to Syria. Their mother, Mina Dich, 44, was also involved in discussions.

Both the 22-year-old and the 44-year-old from Vauxhall, south London, pleaded guilty to preparing acts of terrorism and will be sentenced at a later date. (…)

The senior national coordinator for counter terrorism said the case demonstrated a worrying rise in youngsters being arrested for terrorism.

“This was, without doubt, a major investigation, a proactive investigation. This involved a family with murderous intent, the first all-female terrorist plot in the UK connected to Daesh.

This may be the first all-women terror cell in the UK, but ISIS has long been targeting Muslim women as potential fighters in its armed jihad against the West.

According to the German intelligence agency BfV, the ISIS has been calling on Muslim women to ‘take part in direct military operations.’ The April 2018 report explained the tactical necessity behind the call and its underlying Islamic theology:

Initially, the ISIS ensured more or less a strict division between men and women when it come to the assignment of tasks. This was in accordance with the general understanding of the traditional Islamic law [Sharia]. Women could thus take on supportive functions in the administration and the military, or in the areas of internal security, such as police brigades. They, however, were not allowed to participate in combat operations. In recent months, ISIS has changed its Jihadi narrative and has been urging women to join the jihad. In doing so, they are hearkening back to the times of the Prophet Mohammad, when women similarly took part in the jihad. [Translation by the author]

In December 2017, security forces busted an all-women Islamist network in the northwestern German state of North Rhine-Westphalia. The 40-women jihadi network was aiming “to fill the gap left by their detained husbands,” German public broadcaster Deutsche Welle revealed. The gap in the Islamist leadership had emerged after many leading Muslim radicals left to country to join the ISIS in Syria or went underground fearing a crackdown by German authorities.

Returning ISIS war criminals and unregulated migration from Muslim countries already pose a serious challenge to Europe’s security. Of the 850 UK nationals who had traveled to the Middle East to join the ISIS, around 360 have returned, according to UK officials. Across Europe, the figure of ISIS returnees could be well over 1,500. Round-the-clock surveillance of these ticking time-bombs alone will tie down enormous counter-terrorism resources. Introduction of female Islamist networks to this equation will apparently make this already dangerous situation even more perilous.

This is why we need politicians with balls the size of basket balls and a back bone made of steel. The PM should have been straight down to Hereford to speak privately with the SAS leadership team, explaining to them that any captured British terrorists are to be shown the same level of compassion as they had been showing the local iraqi people (or where ever they are captured).

As for this chick, she is fortunate liberals long ago de-bollocked the justice system in this country so that we no longer have the death sentence available for use!

It’s at once heartening and depressing to see that the British establishment is at least interested in protecting itself. Too bad about the citizens though.

I gasped at the thought of an attack on the British Museum, one of the premier museums in the world. IMO, no mercy.

Did anyone notice that these people are total maladroits? Here we have three women, all family members, who were going to commit a terrorist attack using firearms and explosives in a nation where it is virtually impossible for the average person to obtain such items. Then the authorities carry on as though they are now the embodiment of Sherlock Holmes. Please, I would consider it the height of incompetence if these women were not known to authorities within in minutes of their first attempt to obtain the weapons they wanted to use. One of them was already in custody for attempting to leave the country to become a jihad bride.

These are not the people who are a significant danger. They might as well walk around in public with a sign saying I’m trying to kill you all.The real danger comes from lone wolves who are operating totally below the radar and from highly trained and organized groups who have access to weapons from illicit, criminal sources.

“… ‘lengthy jail sentences’ ”
She will be out ,IF she’s convicted, in six months. They won’t be able to deport her because it would be a violation of “human rights”.

Murderers in Britain get “maximum” sentences of 15 years, so I wouldn’t be surprised if “Lengthy” here means 2 to 4 years…