Trump Voters Now Being Targeted by Liberals in Media

Trump Voters Now Being Targeted by Liberals in Media

“If you vote for Trump, you’re the bad guy.” 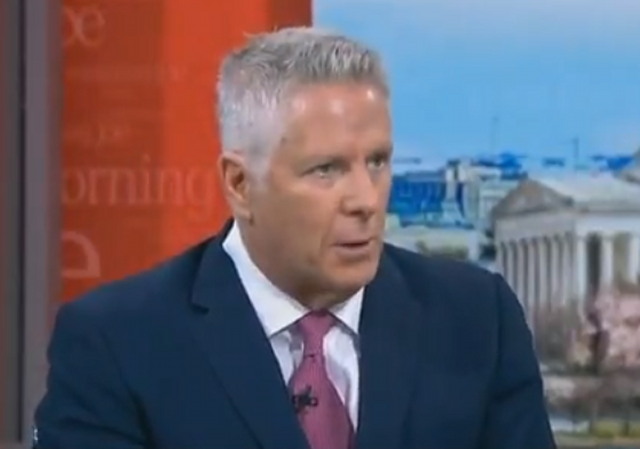 The folks at Grabien have compiled a series of recent liberal media moments where the narrative has turned to anyone who voted for Trump:

The media may love some Americans, but certainly not Trump voters. How else to explain the increasing frequency with which Republicans, and Trump voters specifically, are described on air as racist, Nazis, and undeserving of common courtesy (such as eating a dinner without being harassed)?

During the most recent controversy over family separation at the border, CNN and MSNBC have become a platform such hyperbolic attacks. And while these criticisms often come from guests on these programs, an anchor has yet to step in to try and temper the rhetoric.

MSNBC’s Donny Deutsch said Trump supporters are the “bad guy” in America and are akin to Nazis.

He continued: “If you vote for Trump, then you, the voter, you, not Donald Trump, are standing at the border, like Nazis going, ‘You here, you here.’ I think we now have to flip it and it’s a given, the evilness of Donald Trump. But if you vote, you can no longer separate yourself. You can’t say, ‘Well, he’s okay, but …’ And I think that gymnastics and that jiu-jitsu has to happen.”…

“All” Trump supporters are racist, CNN contributor Michaela Angela Davis, recently said: “Tens of millions of people voted for him after he showed his cards for years.” When the anchor, John Berman, asked her to clarify if she’s calling all Trump voters racist, she replied, “Yes, yes.” Labeling almost half the country bigoted did not earn her a rebuke from the hosts or other panelist.

Dilbert creator Scott Adams talked about this in one of his recent videos. Adams isn’t a Republican but has become associated with Trump, due to his belief that Trump is a master of persuasion.

In this video, he says that he is considering voting straight-ticket for Republicans this fall as an act of self-preservation. He urges all people on the right to do the same with the ominous warning: “They’re coming for you next.”

Here’s more from the Washington Times:

“If president Trump gets impeached while his performance is similar to what it is now … that’s a dangerous situation,” the author added. “I’m actually considering voting for the first time, and I wouldn’t even be voting for candidates. I would just be voting for a side. I would just say ‘Republican’ — and I’m not a Republican. It’s not even about policy [or] anything. It would be about pure self-defense because I would want the safest situation for the country. Here’s the ‘Get Out The Vote’ slogan that I think is the strongest for Republicans: ‘They’re coming for you next.’ You know it’s true. They are coming for you next. If you want to be safe, then you want to keep the system in tact as long as possible.”

This is how you get more Trump.

These are Rags’ people….

By George, you’ve got it!

You are lying through your teeth, which makes them your people.

That’s nonsense. And to think others upvoted you for an unproved attack. Shame on all of you.

I have a big TRUMP sticker on the back of my SUV. I’ve had a number of people give me a thumbs up while driving by. Only once did I have a person of color flip me the bird.

Invitation for a NeverTrump nutcase to vandalize your SUV.

He continued: “If you vote for Trump, then you, the voter, you, not Donald Trump, are standing at the border, like Nazis going, ‘You here, you here.'”

So that’s why I keep humming the Horst Wessel song every couple of hours.

My situation is a bit more subtle: Wagner’s Siegfried Idyll transcription for the piano goes through my head. (And not the dreadful Glen Gould recording, thank heaven!)

Well you could give the media two responses.

One in English English—-“Sod off swampy!”

One in German–“Leck mich am arsch”.

You can get the sense of the German phrase even if you don’t speak German.

One in liberalese: Go Plan yourself. A progressive gesture.

Having been there, allow me to provide some perspective to those not born during the first half of the 20th century.

We survived the “burn, baby, burn” late sixties/early seventies. We watched, amazed, as the lefties set fire to and looted their own “hoods” in L.A., Portland, Detroit, et al, and never set foot in the wealthy areas they blamed for their “oppression.”

The commie violence the left unleashed against themselves gave us Nixon, a weak Ford, and a completely inept Carter. The Bushes repudiated sound Reaganomics. Clinton repudiated morality. The obamster repudiated our constitution, as well as American exceptionalism.

The left can only destroy their own cities, because they don’t have the guts or ability to venture into “deplorable” territory.

Every violent act, every riot shall bolster the visceral reaction against them by an aroused America. MAGA!

After this year’s Red Wave election I predict we will see the New Weathermen start a terrorist campaign.

I haven’t a doubt in the world.

What goes around comes around.

The Democratic Party-owned media is continuing the same failed strategy the Clinton Campaign use to lose the last election. I wonder why? Calling the voters names seems to be a bad strategy for winning over voters.

They are so far out of line that one of my apolitical kids has noticed. If he voted, he voted for Hillary in 2016, and yet I had a conversation with him yesterday where he marveled at the nonsense coming out of the media and Democratic Party. This is in California, too.

The media loves the people so much that it shields them from the truth.

Maybe it is time to target those calling for targeting?

Just laugh at them. But be prepared to defend yourself. They are beyond being reasoned with.

This guy is going to get himself killed.

This guy is going to get himself killed.

The left got nearly this bad in Wisconsin when Walker started Act 10 reforms. They’ve now taken the clown show national. There is a long few years of dealing with blowhards but they will overplay thier hand and kill themselves in the meditu to long term aoon enough. You want Trump? This is how you get more Trump is a real phenomenon, just watch your backs and your loved ones while the left commits political suicide.

He continued: “If you vote for Trump, then you, the voter, you, not Donald Trump, are standing at the border, like Nazis going, ‘You here, you here.’

You voted for Obama, Donny Deutsch, so that means that you were there cheering on the Iranian mullahs while they threw gays off the tops of buildings; you were there handing out guns to Mexican drug cartels under the ‘Fast and Furious’ program; you were there assassinating American citizens without benefit of a trial.

You’ve got quite a nasty little record going there, Deutsch. Do you ever look into a mirror?

Because being subjected to tax breaks and the rule-of-law is exactly like gas chambers, the ovens, concentration camps, etc. Democrats are your enemy, people, and they should be treated accordingly.

The 16 minute mark is pretty interesting as well.

Retaliation from the right will be harsh if they keep fanning the flames. It’s only a matter of time. They don’t realize what they are poking.